The world is bigger, the stakes are higher and the fragile peace between the Sky People and the Grounders is forever being tested. That’s right, everyone – The 100 is back and it’s bigger and bolder in scope than either of the two seasons that came before. And our Wednesday nights are all the better for it.

‘Wanheda: Part 1’ picks up three months after the season two finale left off and everyone is still learning to live in the aftermath of Clarke’s actions at Mount Weather. Camp Jaha has grown and developed into a working community called Arkadia, complete with cars, weapons, clothes and goods all salvaged from Mount Weather’s military base resources, where they live and work alongside the Grounders in a tentative truce. Bellamy has finally become a member of the guard and found himself a girlfriend, Octavia is still struggling to fit in with her fellow members of Skaikru and Jasper and Monty are both torn up from their time in Mount Weather and coping in very different ways. 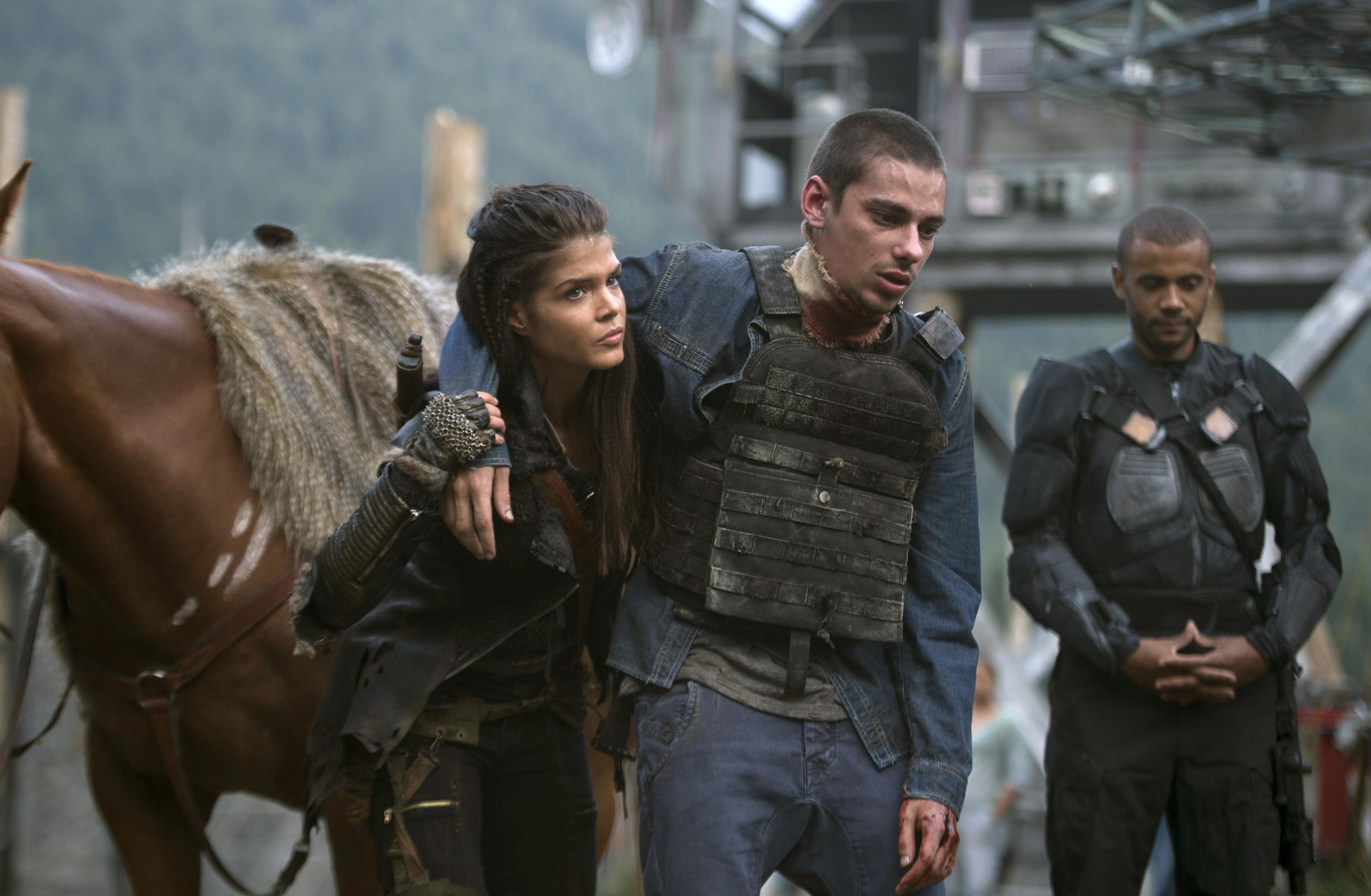 And Clarke? Clarke has gone full Grounder on us, dyeing her hair red, mastering the Grounder language, taking on panthers (and winning) and keeping her distance from her people. She’s also got a bounty on her head and has gained the title of ‘Wanheda’, the Commander of Death, so a lot of people are interested in killing her and taking her power for themselves, as Grounder custom dictates.

It may have left us with a lot to catch up on, but the decision to jump ahead in time was a solid one and depicted brilliantly by Murphy being locked in the bunker for the entire time that has passed. Richard Harmon was incredible in those opening scenes taking his character through Hell and back as the days and weeks passed and he remained trapped and hopeless. It also presented an ideal opportunity to keep Arker/Grounder tensions at a high when they’ve built a foundation of a working relationship with the Trikru in the introduction of the ice nation Azgeda, meaning a ruthless new enemy to face without necessarily treading on old ground. 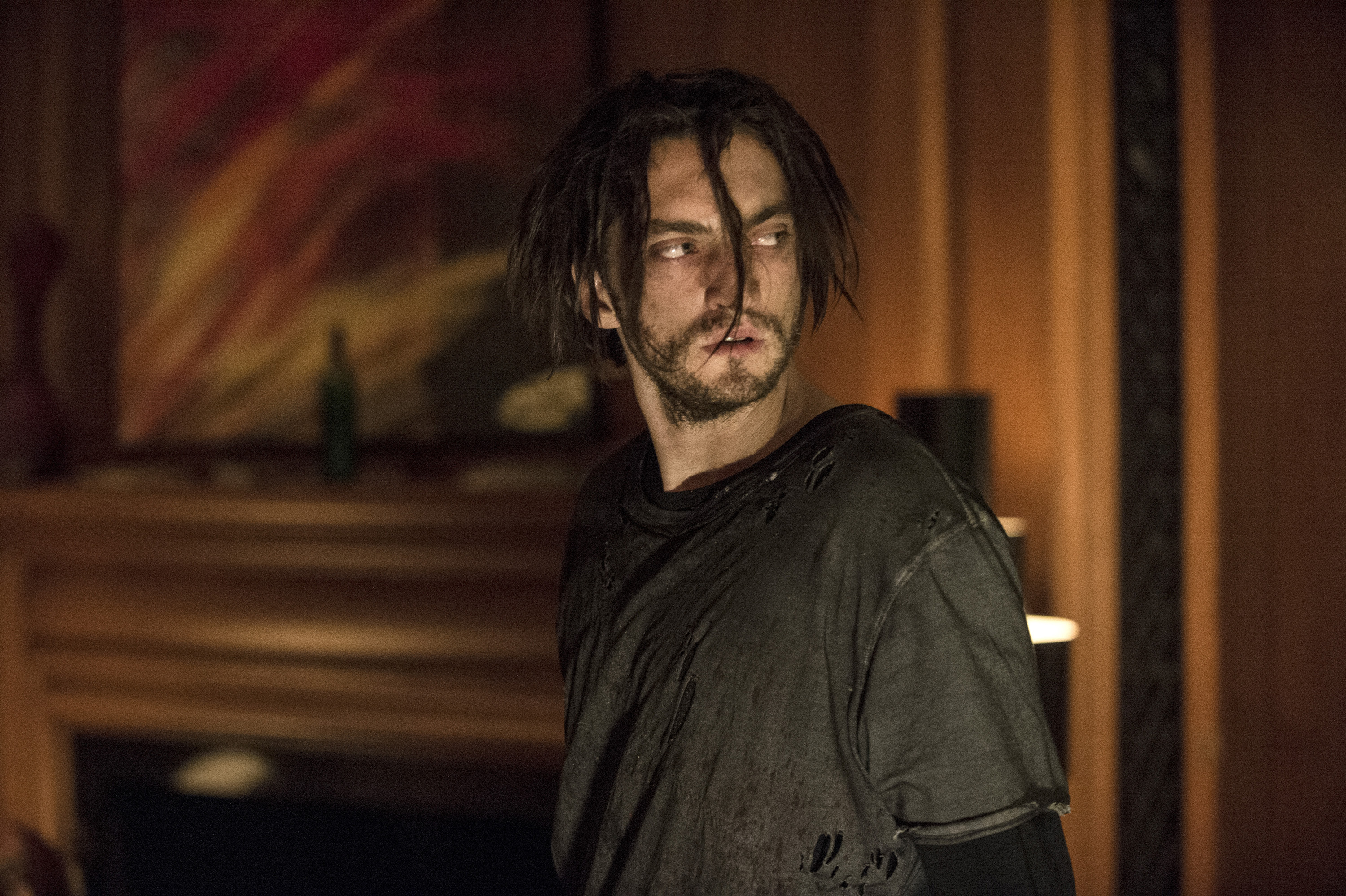 As it always seems with The 100, the pace of this new season premiere was relentless, jumping from character to character and place to place as it fought to provide updates on anyone and everyone, made more difficult this time around with the expansion of the show and its new additions. We have cars now, so missions are travelling further, more Grounder villages and customs are introduced and there’s a new system of politics to get our heads around. It’s certainly never boring, but it’s always a worry that The 100 is taking on too much to cover everything well all season long.

I’ll admit that Jaha’s whole City of Light storyline is not my favourite, even though Richard Harmon’s scenes are solid. The A.I. sci-fi trope doesn’t do as much for me as the Arkadia and Grounder storylines do, even if it does bring up some intriguing concepts. Right now I’d rather be delving deeper in Jasper’s death wish and Octavia and Lincoln’s struggles with their allegiances than diverting onto Jaha’s quest for redemption for him and his people. 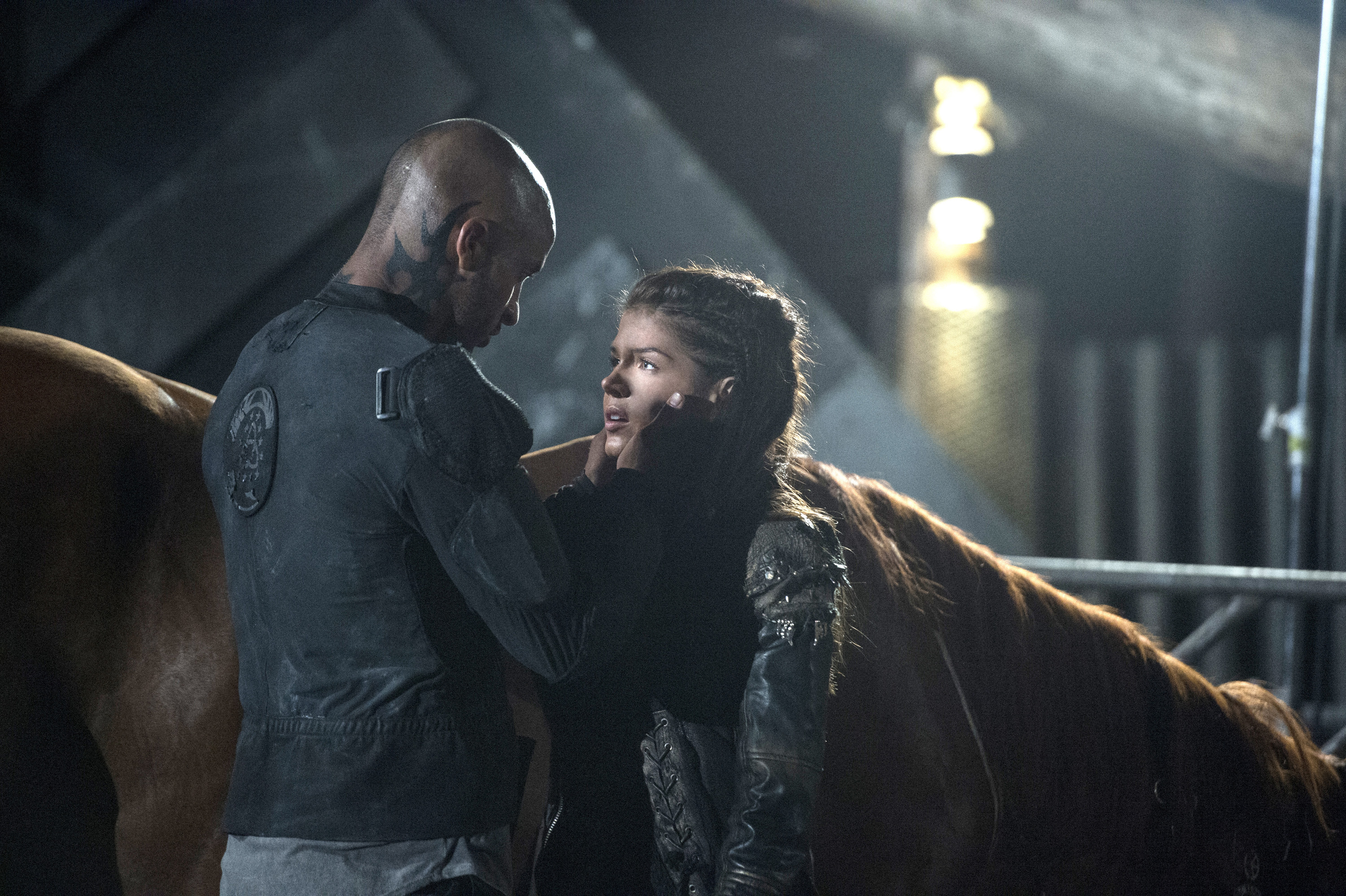 Nevertheless, I absolutely love this show and its world. Actions have lasting consequences and decisions have unpredictable outcomes and it’s all highlighted pretty clearly in this first hour that killing the Mountain Men doesn’t mean the end of their hold over these communities. Plus, you never know when Shawn Mendes will turn up in a bizarre cameo singing a version of Violent Femmes that will get stuck in your head for hours.

All in all, ‘Wanheda: Part 1’ was a fantastic series opener, if a little cluttered. It boldly introduces a rich new world and slowly begins piecing together the threads of a brilliant season to come – not to mention the fact that some of these shots are truly incredible to see.

One thing I have learned from two seasons of The 100 though is to beware the two-parter. A quieter set-up can be shattered in a moment in episodes to come as loyalties are tested, treaties are broken and people are betrayed quicker than you can say “jus drein jus daun”.

I already can’t wait to see what happens next week.