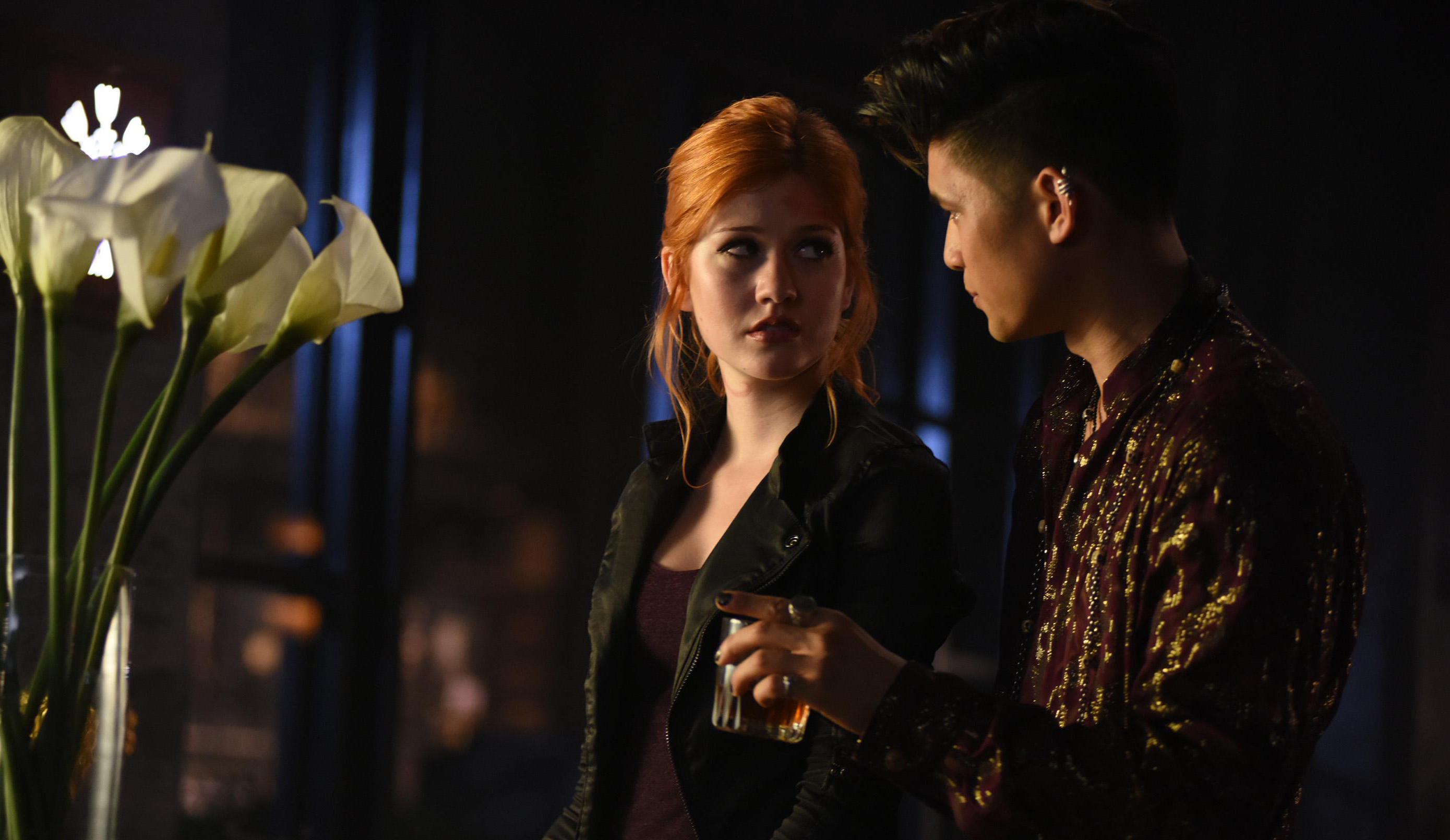 ‘Of Men and Angels’

Another Shadowhunters episode, another massive chunk of exposition, but we really shouldn’t be all that disappointed anymore if this is how they’ve played it for six episodes now. ‘Of Men and Angels’ was all talking and no action and also featured the unwelcome return of the somewhat better-integrated flashback sequences, this time involving characters that have been largely offscreen since the series began.

In an effort to finally find the Mortal Cup, Luke – who is slowly being poisoned by last week’s Alpha werewolf bite – and Magnus – who is trying to save him – tell Clary the whole sordid story of her parents’ past in the hope it will unlock the knowledge she needs to figure out where her mother hid the Cup. What follows is a disjointed episode that sheds a little more light on the rise of Valentine, but devotes more attention to Lightwood family politics and Jace and Simon’s macho bullshit. 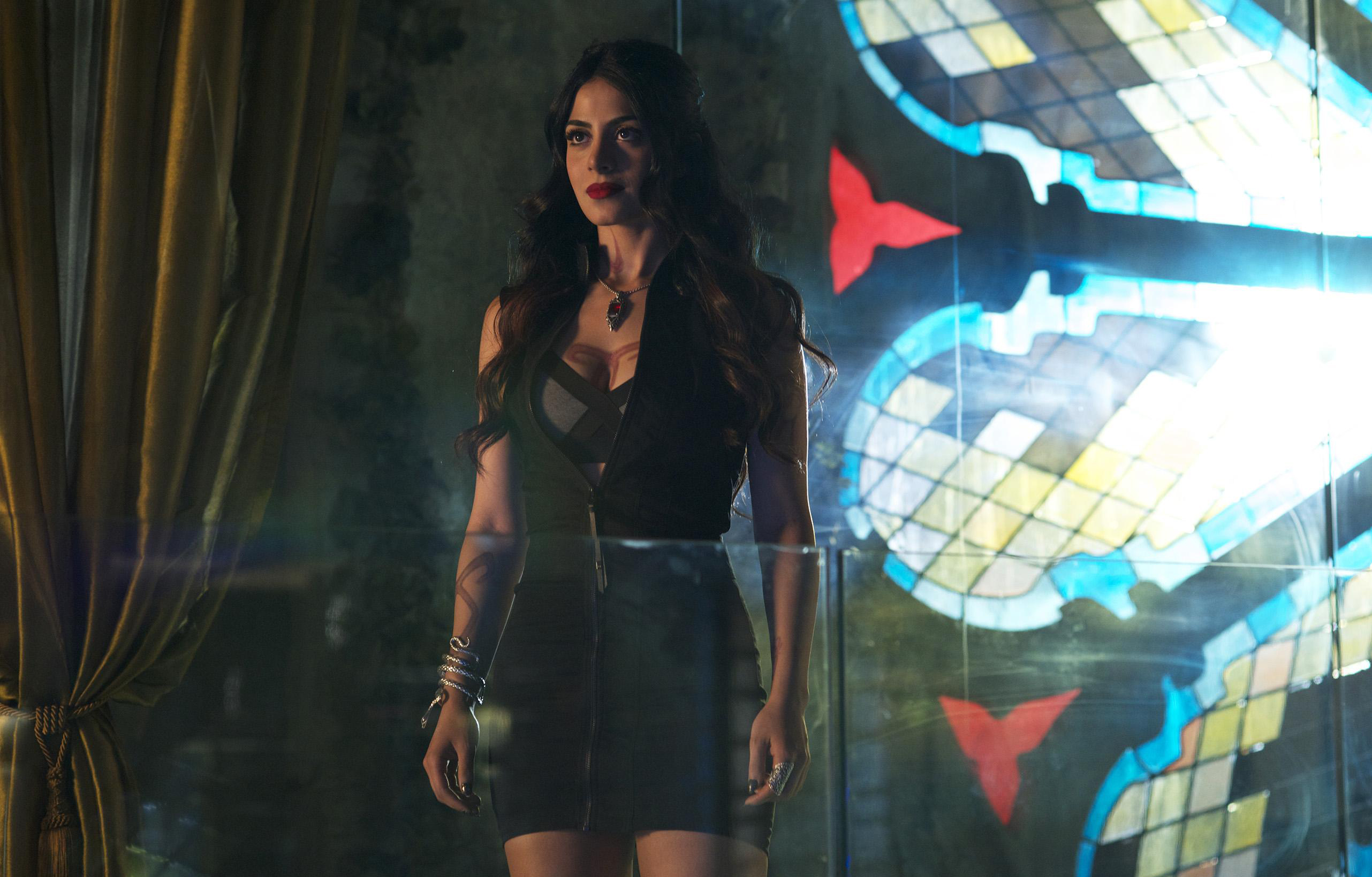 Very little got done this week, but we did get a lot of information. Isabelle’s motivations are made a little clearer and we get a better feel for her role in the Lightwood family, which is essentially always second best to her brother. It’s the most we’ve seen of Isabelle since the show started and the best chance we have to see her character actually grow as it looks like she might be about to take on some responsibility. Which may be a good thing, seeing as Alec has finally had enough of the tension between the Clave and its rules against his own divided loyalties.

Jace and Simon, meanwhile, are sent off on an errand by Magnus that essentially serves no purpose other than to get both of them away from Clary so they can talk about her and who has more of a right to be in her life. It’s a fight they’ve had before, and one that really has nothing to do with them considering it’s Clary’s life and she doesn’t need the decisions made for her, but hey, it’s romantic, right?

And then we get to Clary herself who did nothing other than stand around looking worried and labouring over Magnus and Luke’s story long enough that it stretched to fill an hour. It’s not really Katherine McNamara’s fault, but she’s not being given a lot to prove herself here. Clary is the main character and she should have more to do than send agonising looks at injured friends and stare lovingly into Jace’s eyes every week but that’s all we get. 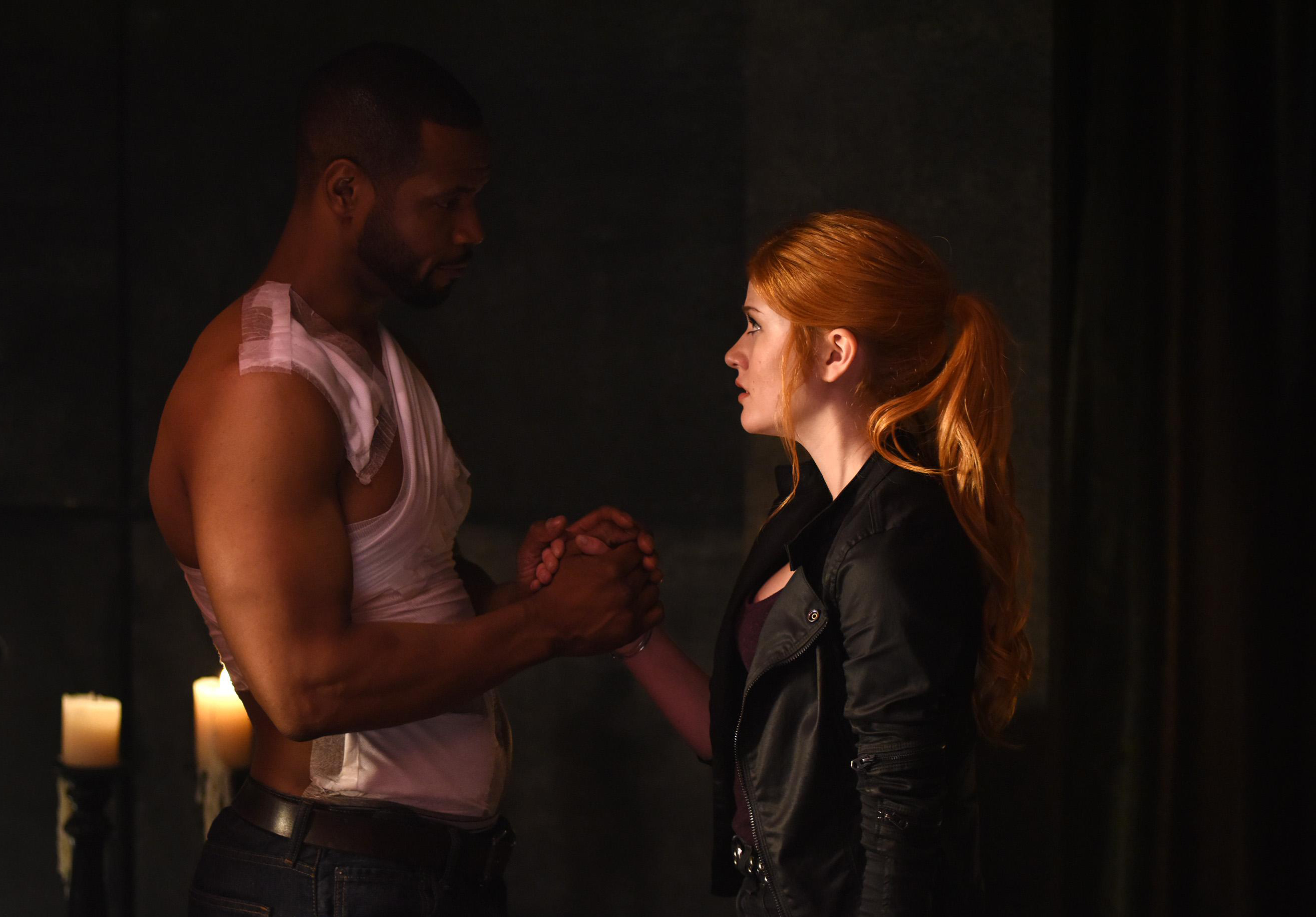 I will give this to ‘Of Men and Angels’ though – I did actually enjoy the flashbacks. Ignoring their clumsy set-up, what went on inside these flashbacks was a lot more interesting than most of what we’ve seen so far in the show itself. So much so in fact that I found myself thinking the series could be improved a lot more if it had adopted the dual narrative approach upfront, charting the story of Valentine’s rise and fall alongside his resurgence 20 years later to hint at all these links and leads to follow without having to overtly state them.

And that’s the problem with Shadowhunters – there’s no mystery. It tries to be all things all the time, when the very fact that it’s a television show (and not a movie that had been criticised for doing the very same thing) was to take its time in developing this story, this world and these characters. Instead, we get mindless viewing with very little to feel strongly about and it is so close to losing the benefit of also being entertaining that I fear not even Malec can save us now.

This week’s episode gave us a lot of info-dumping only to get us to the point that the book and film fans (who I imagine make up a lot of the audience) knew was coming from the pilot, and there’s really no motivation there to see anything through if we’re only going to get answers we already know. Still, considering we now finally have the knowledge needed to go and get the Mortal Cup, here’s hoping we’ll find it, move on with the plot and the series will pick up then – but I don’t know how much longer I can keep holding on for better luck next time.

Where To Invade Next – Berlin Film Festival Review