Heading into the final stretch of this half of the season, the stakes have never been higher in Shadowhunters. As the blood oath Clary made to Iris is finally called into effect, Clary, Jace and Simon soon find themselves on a desperate mission to find Madzie before the oath magic consumes Clary completely, all the while Alec and Isabelle’s bond is tested more than its ever been and the Downworlders set the stage for the beginning of a fight back against the Shadowhunters when they learn that the Soul Sword can wipe them out if Clary gets too close.

‘Bound By Blood’ then is about exactly that: the connections and relationships that are forged in blood and what that means for everyone else around you. Alec’s relationship with Magnus this week suffers over Alec’s concern for his sister Isabelle, while Isabelle herself is literally building a new relationship with Raphael based solely on her blood. The Downworlders too are bonded solely by their shared demon-blooded heritage while Clary’s angel blood – and the blood oath she made – threatens to destroy them all.

There was a lot to like about this week’s episode, beginning with Valentine’s newly-acquired creepy indoor fairground headquarters and ending with the excellent dynamics between characters, at least among its three leads. Bringing Clary, Jace and Simon back together now when their relationships have shifted so dramatically since the last time the three of them were really alone together provided a brilliant opportunity to re-examine where they all stand with each other, whether that’s Clary and Simon settling into their new relationship, Jace deciding how far he’s willing to go to honour Clary’s wishes, or Simon and Jace coming to understand the place the other holds in Clary’s life. 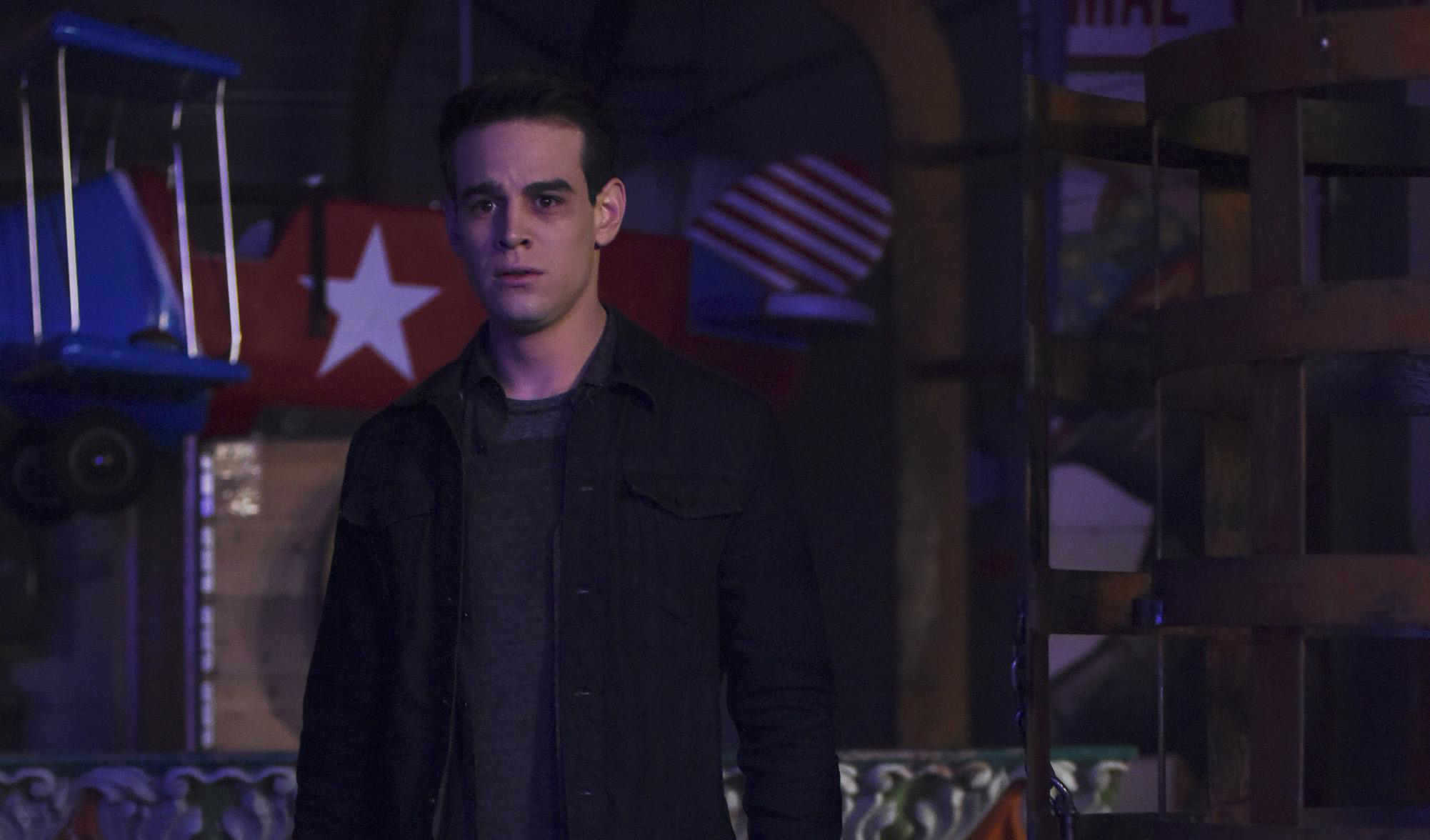 It’s unfortunate then that in order to offer up a situation in which these characters can do this, Shadowhunters decided once again to revert Clary back to the role of girl-who-needs-saving – albeit through magical means this time, rather than inexperience. Of course, it was a situation that allowed the lead actors here to pull off some fantastic performances, with Dominic Sherwood and Alberto Rosende’s desperation and grief being as emotionally wrought as you can expect from a teen drama and Katherine McNamara doing as much as she could for someone who was close to death all episode long, but the saving Clary of it all is just getting a bit tiring now.

With so much focus on Clary, Jace and Simon this week, other characters were admittedly left a little short-changed. This means it felt like Alec was quick to get angry at Magnus for not telling him about what Isabelle had lied to Magnus about without considering that he did tell him as soon as he realised there was something to tell, and that Alec and Isabelle’s own blow up had very little basis to result in such drastic consequences so quickly. Still, even that wasn’t as bad as Maia’s characterisation in ‘Bound By Blood’ as her re-emergence as a wolf out for Shadowhunter blood this week just confirms that she has been really inconsistently written since her introduction to the series, ranging from vengeful and murderous, to troubled but caring, to snarky and violent once again purely based on what the script needs rather than through any character-driven motives.

By the end of the episode, it’s clear that Shadowhunters is beginning to bring together a number of threads that have been scattered throughout the season so far, bringing back the likes of Valentine and his experiments and Iris’ granddaughter Madzie and letting them loose in the world of the show to highlight that they had a purpose all along, but it is a real shame that it took such a disjointed route to get to this point – and especially so considering we still have so many issues with consistency and just one episode to go until the winter finale. 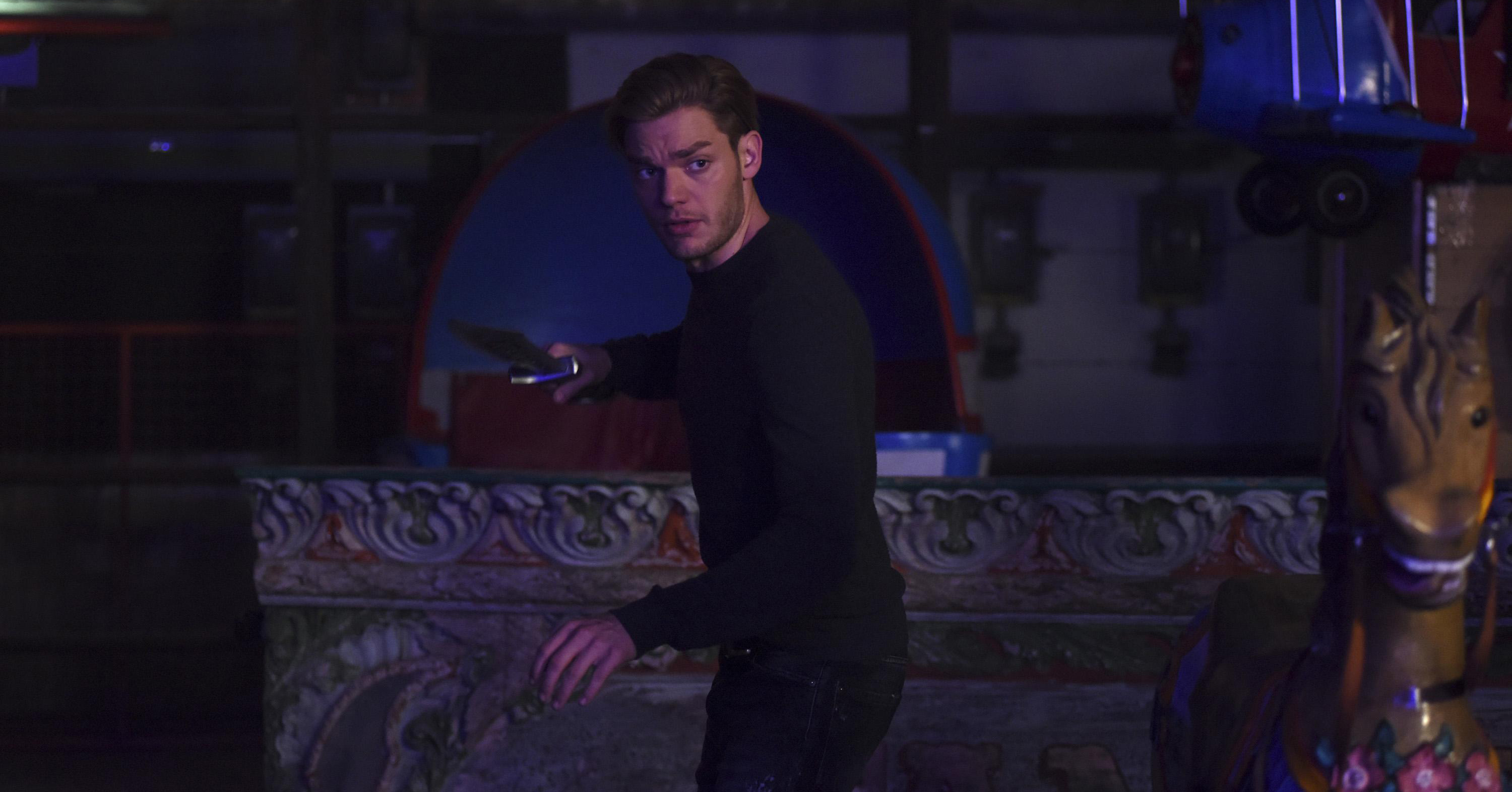 Despite that tacked-on argument with Jace and Clary last week, Luke seemed not to miss his sister Cleophas at all here, while Valentine’s cool, detached reaction to Jocelyn’s death doesn’t fit with the man who spent all of last season desperately trying to wake her up so they could be together again. Although, having said that, the reminder that Jace’s demon blood means he’ll be wiped out with the rest of the Downworld was actually a good example of the kind of continuity that needs to be addressed – even if the question of how Simon could track Valentine’s experiments with a taste of their blood is one we’ll probably never get answered.

‘Bound By Blood’ built up a number of great things to see us through to the mid-season finale and the fact that it was also a mostly strong, partly-character driven and relatively action-packed episode as well made it all the better.