Somehow, Shadowhunters’ return has managed to both come around quickly and feel like it’s been away for too long, but if ever there was a quick, easy and Shadowhunters-savvy way of catching up quickly, then having Alec and Jace touch base with the facts during a sparring session at the Institute would be it. It gives ‘Mea Maxima Culpa’ a solid starting off point, which sets the tone for the episode to come: there’s a few loose ends to tie, some new threads to weave and one-on-one character interactions to see play out, and all in all it does a decent job of throwing the audience back into this world with enough action and mystery to keep us there to boot.

‘Mea Maxima Culpa’, which is latin for “through my most grievous fault” and a good indicator of how this episode goes, mostly plays out the fallout of the 2A finale. What this means is that we have Valentine in Shadowhunter custody, Isabelle still fighting her addiction to yin fen and Jace struggling with his feelings for Clary (and in general) following his indirect responsibility for the slaughtering of Downworlders and his newfound knowledge that Clary isn’t actually his sister. Add into that tenuous mix the arrival of Greater Demon – and actual Prince of Hell – Azazel to stir up trouble, the much-anticipated introduction of Sebastian (who, granted, means more to books fans than TV fans at this point), and the fact that Simon managed to keep his Daylighter existence secret from Raphael for all of a day, and this episode is a melting pot of loyalties, feelings and bad decisions. 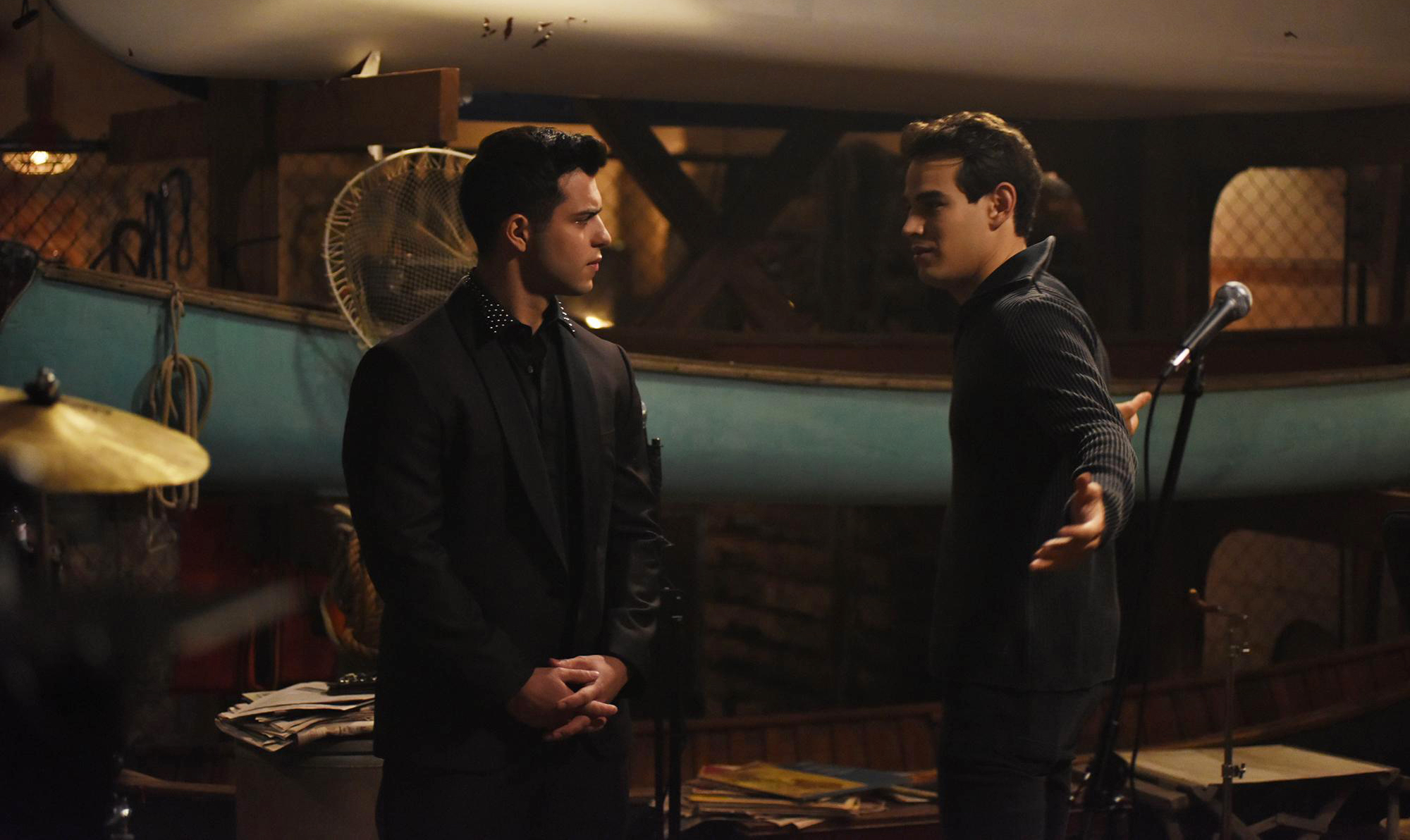 And the biggest bad decision by far was Jace’s one to keep his true parentage a secret from Clary because she “has a good thing going with Simon”, which Clary rightly calls out as being completely ridiculous. There was actually quite a bit of story that could have been told if they’d held off on having Clary learn the truth straightaway, and taking that opportunity away also meant that the show denied these two characters what could have been a brilliantly emotional revelation scene further down the line.

Instead, having Valentine reveal the truth during their inept interrogation scene played out exactly as you’d expect it to, bad dialogue and all, and made the whole drama a lot more of a cliché. And while I do appreciate that Clary admitted she needed time to process the info-dumping, it’s hard not to feel more like the show is addressing this particular roadblock quite quickly in order to move even more quickly onwards to the inevitable next stage of Clary and Jace’s relationship.

At least it can be said that Jace and Alec’s relationship received a more thoughtful treatment this week, beginning with their heart-to-heart via hand-to-hand combat and ending with Jace allowing his parabatai to see him at his most vulnerable. By this point in the series, Alec feels like the most established character by far, often proving to be the voice of reason that ties the show together, and in turn his stronger, if expositional, role was a real highlight of the episode. 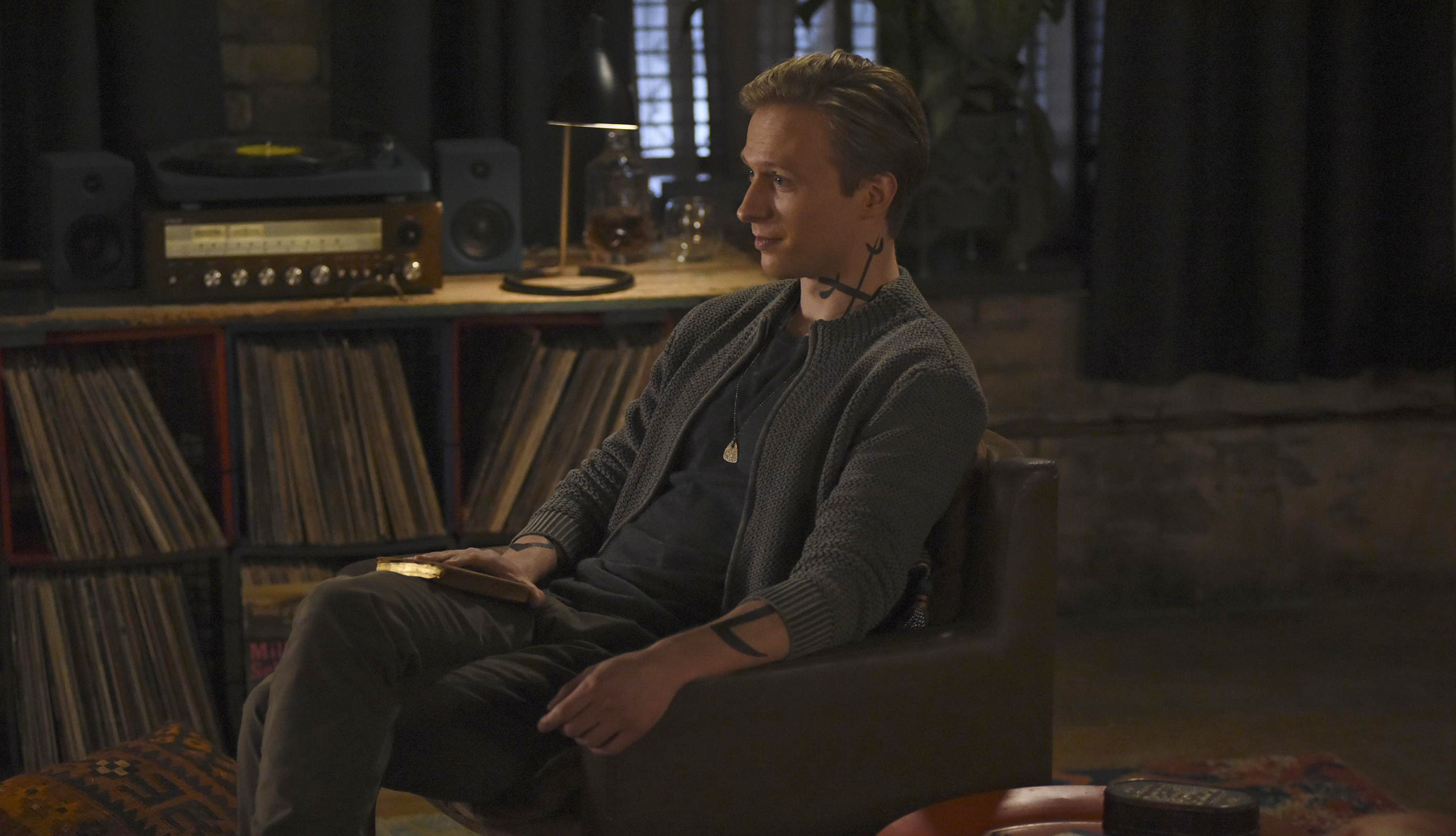 More interesting, though, was the arrival of the new players, and what they mean going forward. In a show with a core group of characters constantly rehashing old details, you can never underestimate the potential of new blood to shake things up. Of course, Shadowhunters has burned us before, with Maia’s arrival into the narrative ultimately turning out to be a bit of a let down and former Head of the Institute Victor Aldertree becoming a bit of a flat presence by the end – would we even noticed he wasn’t in this episode if the Inquisitor hadn’t dropped his name? But, right now, Sebastian’s character could be taken anywhere, and Azazel’s violent, scheming introduction is certainly a menacing presence to enjoy too, meaning the arrival of both have so far proven to be exciting new additions to the cast – especially as Azazel body-switching Magnus and Valentine was a twist viewers were unlikely to call.

All in all then, ‘Mea Maxima Culpa’ was more of the same thing as ever – meaning it was everything we’ve come to expect Shadowhunters to be: a strong start, a stagnant middle, and a rush of plot to end on a cliffhanger. It’s safe to say this show has adopted a template by now and they’re not going to stray from it, so we can keep expecting underdeveloped plot and emotional angst from half our leads at any given time. But we might as well enjoy what the show does have to offer when it gets it right, and this week that boils down to some nice character moments from one Alec Lightwood, and a compelling line of story setups to bring the audience back again.