If this episode proved anything, it’s that Shadowhunters becomes a better show when the supporting characters actually get a chance to be more than window dressing – and that there ain’t no party like a werewolf party. ‘Moo Shu to Go’ saw our televisual world expand to introduce another piece of the Downworld puzzle, while the enforced split of Clary and Jace finally gave the show something to focus on besides their growing romance.

With Clary’s weird encounter with Valentine at the end of last week’s episode quickly shared and brushed over, a quick visit from Alec and Isabelle’s mother Maryse Lightwood stirred the pot as she sent Isabelle and Jace to the Seelie court for information while Alec was stuck babysitting Clary. 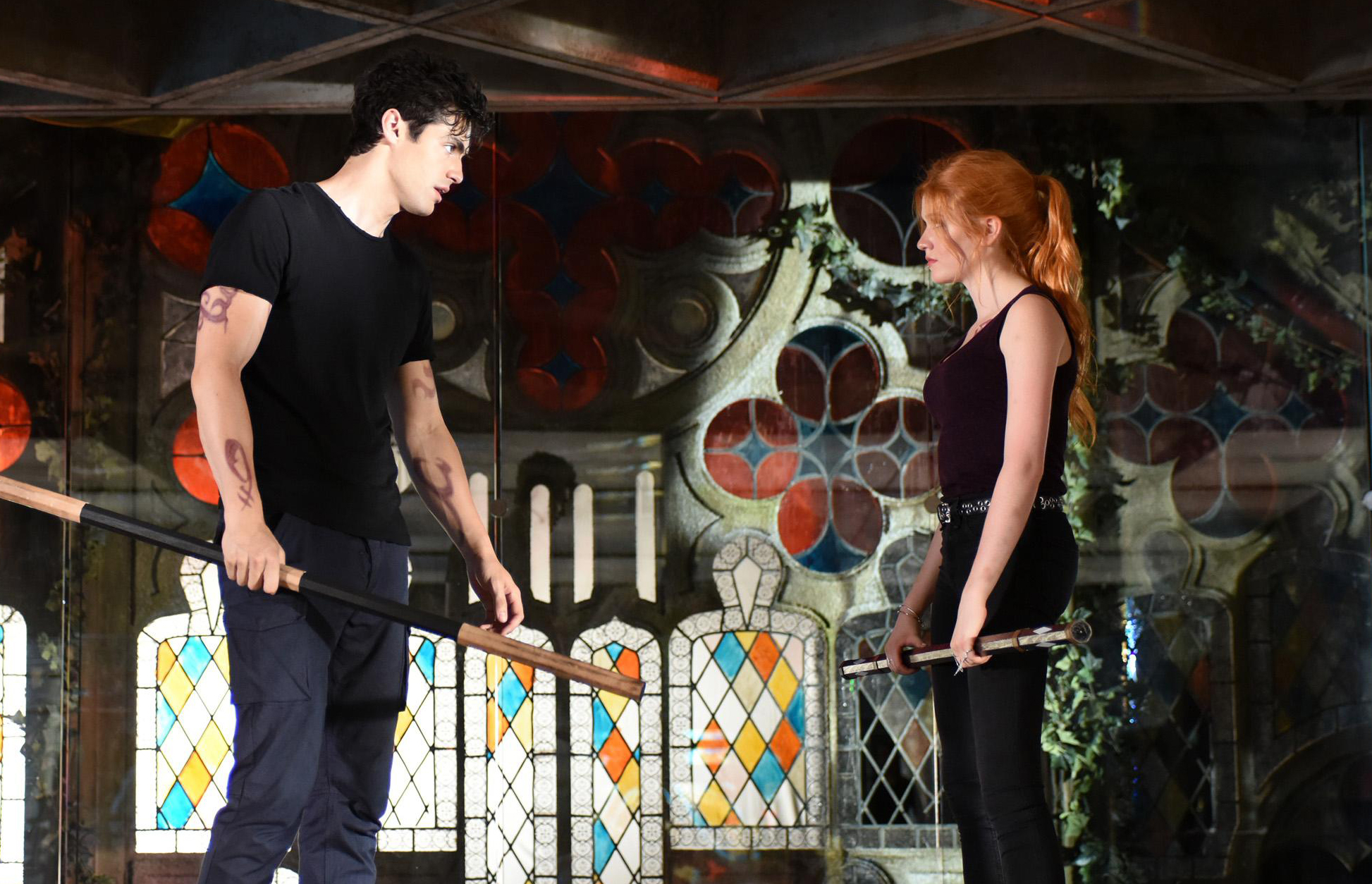 This new divide allowed us to see these characters with people we don’t usually see them with, and even if Jace and Isabelle’s arc was a little non-existent, forcing Alec to spend time with Clary was a brilliant way of showing off more of the pair’s personalities – you know, when they’re not blindsided by Jace. It was nice to see Clary get some actual training and it also gave Alec a chance to explain why Clary isn’t his favourite person right now. (Namely, all the unsanctioned missions they’ve undergone on her behalf.)

And, in what was by far the best thing about the episode, we lost a lot of the exposition and most of the bad dialogue too. For all of the times we’ve dismissed Alec as boring, responsible and by-the-book, we found out here it’s been his job to do so, and the fact he’s been breaking rules and going against his own beliefs on these missions serves as a massive testament as to his feelings for Jace. “The Law is hard but it’s the Law,” we’re told, and Alec definitely doesn’t take breaking it too lightly. 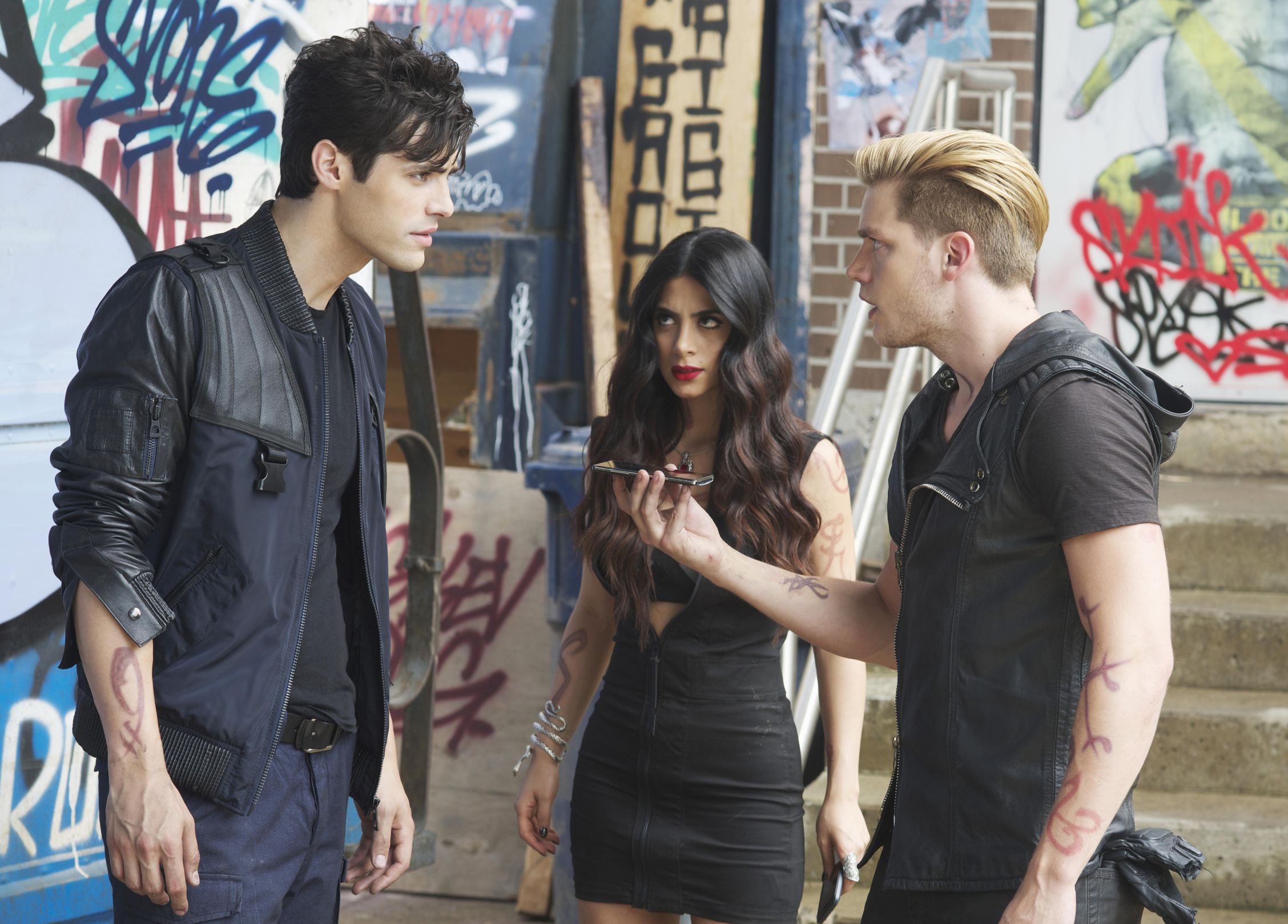 Jace’s unintentional dismissal of the memory demon incident – “You love me? I love you too. Come on, we’re parabatai, we’re like brothers.” – and his irrational protective instinct towards Clary coming out in full force when he quickly turns on Alec the second it looks like Clary’s in danger, not to mention Alec’s beautifully understated reactions through all of this, all came out naturally – no explanations needed. Up until Clary called Alec out on his deeper feelings for Jace and blindly stated the obvious (again), the subtler approach was finally working and I hope it’s continued.

The episode wasn’t perfect by any means, and it definitely induced a couple of cringes at times, but the standout scenes were worth the slog, and Simon’s sidekick wise-cracks in particular were on top form, reminding viewers everywhere just how good this series could be. And, just because I loved it so much, line of the week definitely goes to Simon: “You might know the Shadow World, but trust me – I know Brooklyn.” 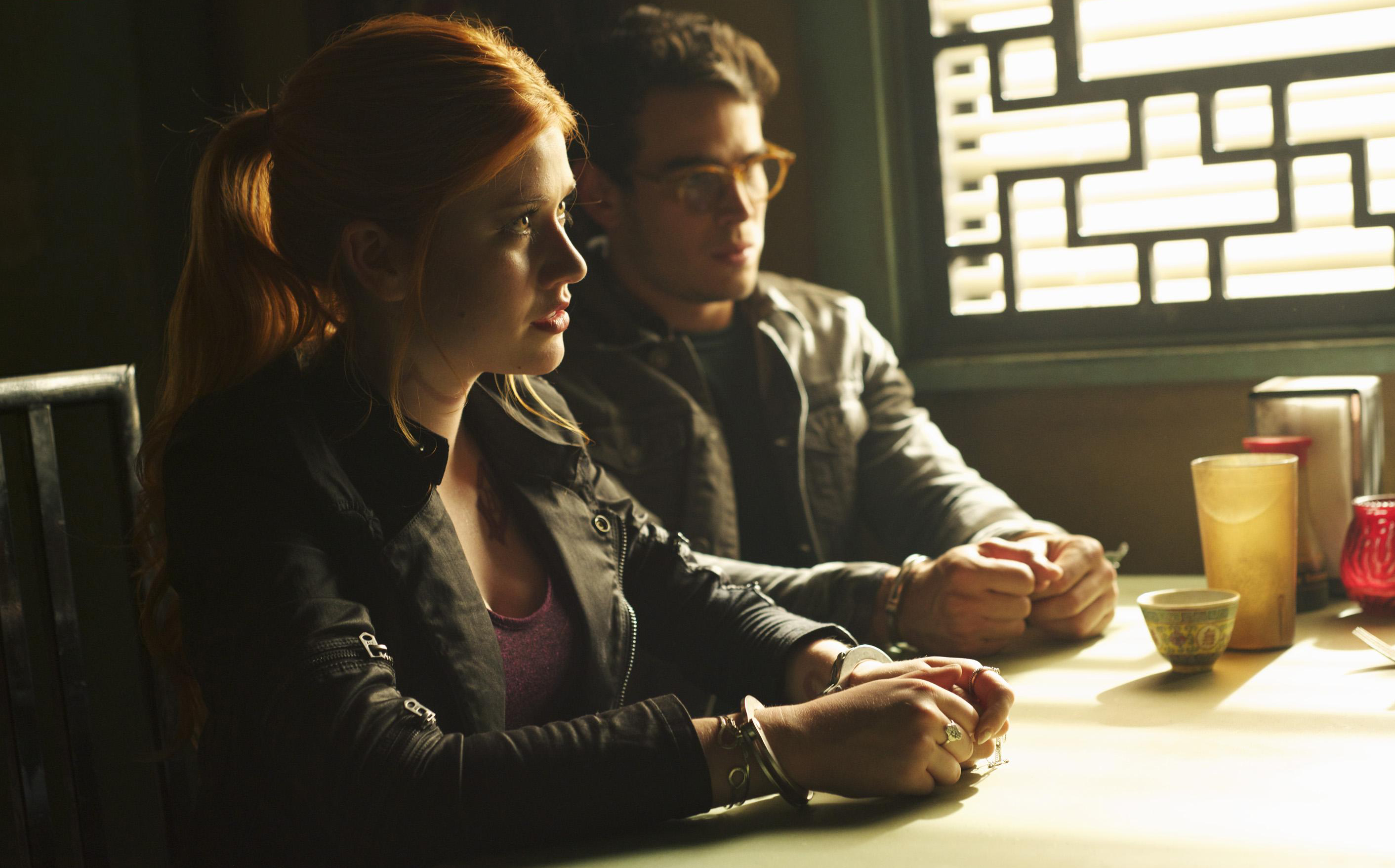 With Luke finally gaining some relevance, the introduction of the werewolves, Clary remembering something that may actually be useful and Simon’s newfound physical abilities serving as a clear indication of his inevitable transition to vampire, ‘Moo Shu to Go’ actually gave us plenty of plot to follow up on next week. Couple that with some solid character development, the Valentine mystery plot thickening and an overall generally more entertaining hour – dodgy SFX budget aside – and we have a clear improvement over last week’s disaster outing.

But while there were more hits than misses this week, what’s frustrating is that this series is so maddeningly inconsistent – both within episodes and across the series. From week to week, you never know if you’re going to get something brilliant or something incredibly disappointing, and then even when a lot of the episode is very good, like this week’s was, we still have to battle through embarrassing speech and Katherine McNamara’s (bad) overacting.

But hey, Clary’s only been a Shadowhunter for a few days (is that all?!), so there’s still time for the series to hit its stride. They just have eight more episodes to really sell it.