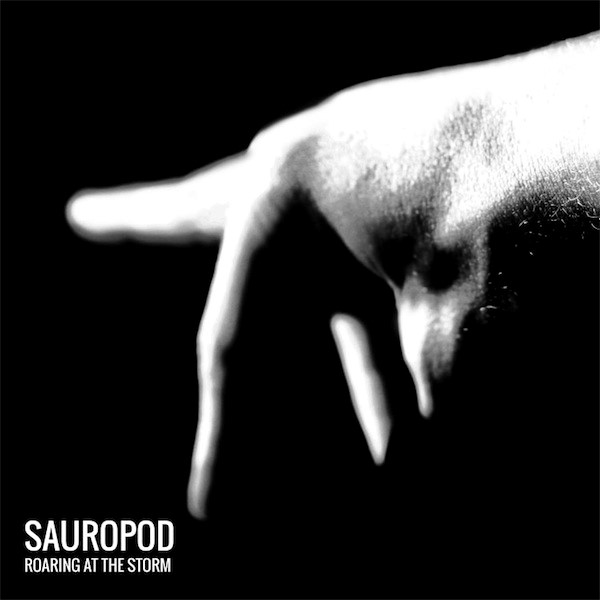 Roaring at the Storm is a bold and eclectic record that covers a lot of ground and makes a big statement. Over the album’s 11 tracks, Sauropod mixes grunge with pop punk and combines all of that with something heavier to create a multifaceted record that covers a lot of ground. With this album, Sauropod keeps eclecticism at its core, happily jumping between genres, vocalists and styles to showcase everything they can do and while most of it works, some of it doesn’t.

Opening track ‘You and Me Should Leave Together Tonight’ sets the pace for what follows: radio-friendly beats and catchy hooks coupled with an aggressive slant that reoccurs in varying levels in every track that follows. It’s a strong opening and a perfect introduction to this band from Norway many would have not heard of before, launching the album-wide lyrical themes of drinking and dating and making the most of them in a short, sharp blast of something worth listening to.

It’s a formula so good, in fact, that it’s repeated exactly 3 songs later, and then again 3 after that, albeit with a change of lead singer, and you’d be forgiven for thinking the album had started over again. As the record plays on, some of the songs start to sound familiar – repetitive, even – and it’s a shame as it begins to fall generally into the pile of unimaginative work that prevent so many people from progressing in their careers.

Luckily for Sauropod then that the songs that are different definitively stand out enough to be considered among the album’s highlights. ‘Winter Song’, for example, has Sonic Youth vibes and is all heavy bass lines, raw lyrics and husky vocals, while any track that features vocals from bass player Kamillia Waal Larsen – ‘Sunny Day’, ‘Headphones’ – really stands out and bring a little something extra to the album.

As a more chilled out number, ‘Running Song’ gives you the perfect opportunity to actually appreciate some of the gorgeous melodies that have gone into the making of this record a long way away from the heavy beats that dominate, while closing track ‘On The Hill’ wraps up the album with another slowed down number that makes use of their native Swedish for something that’s truly beautiful to hear.

All in all, nothing on Roaring At The Storm necessarily pushes the boat out. It’s a bit of a melting pot of influences and the songs are short, simple and repetitive, but the ones with a good hook will catch you and not let you go, but the ones without are messy and easily forgotten.