‘Raising Hell’ is completely the wrong title for this episode – raising a mild interest in the things we already know would be more accurate. And that’s being generous. We’re four episodes in to Shadowhunters now, and despite two weeks of a more solid effort that promised so much more, ‘Raising Hell’ has just taken us straight back to the clunky, info-dumping world of the pilot, only without the excitement of a new show to tide us over.

There’s a difference between world building and completely underestimating your audience’s ability to follow the plot, and with their latest offering Shadowhunters has fallen heavily into the latter. We’re not exactly treading new ground here but still there are no subtleties to anything and everything gets an immediate explanation. What makes this worse though is that the episode itself is a bit of a non-entity – we achieve nothing, we see no major character development and at the end of the hour we’re back exactly where we started. 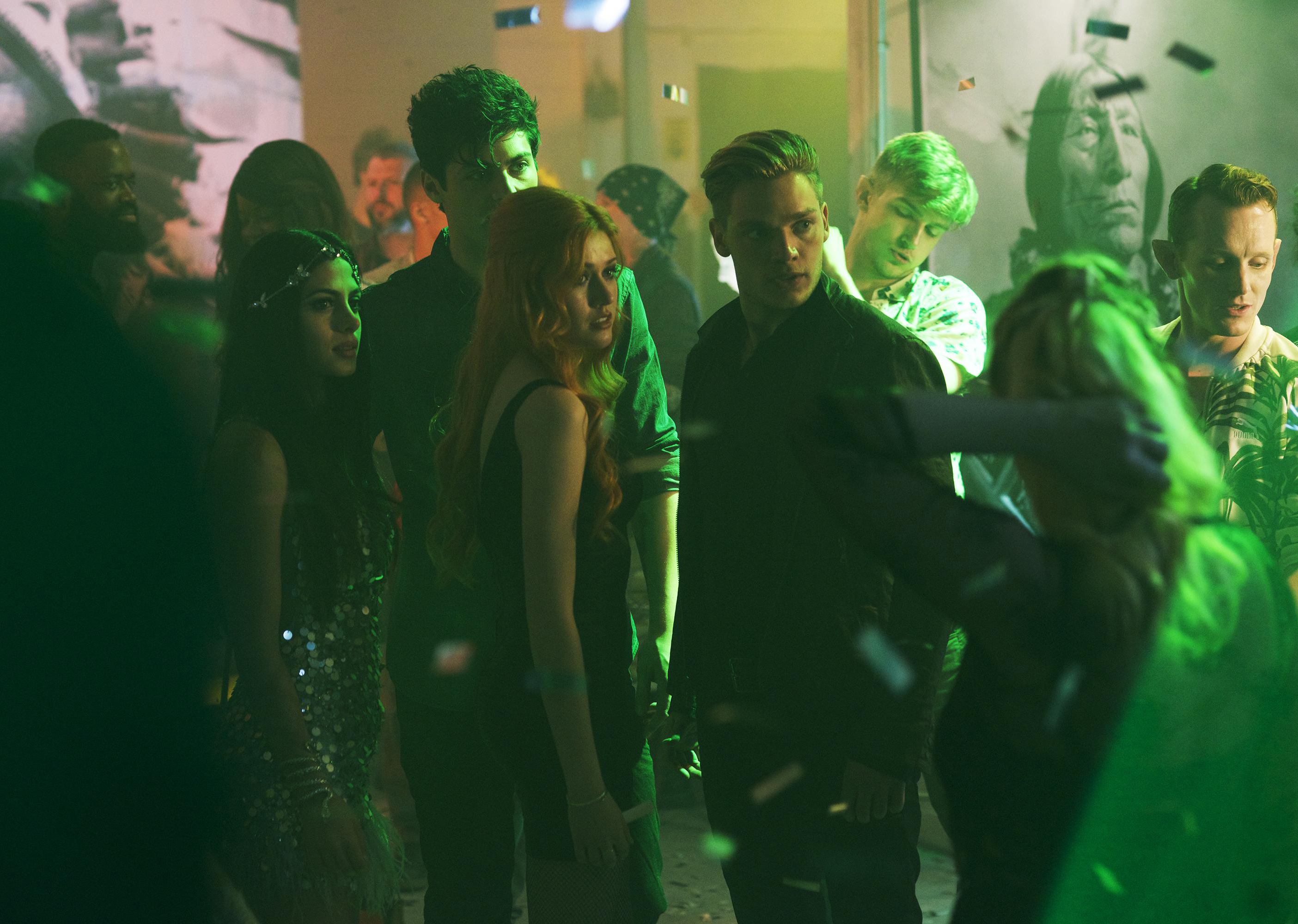 Based on a bad dream and a tip-off from Simon, Clary figures out that a warlock named Magnus Bane could be the one who stole her memories. After a brief pause in the action while Simon has a bit of a (probably justified) post-traumatic meltdown, Clary and co get their briefing, gear up, and head out to track Magnus down in the hope of finding the elusive Mortal Cup. Besides the prolonged introduction to Magnus, nothing new happens here: Simon still hates Jace, Clary still can’t explain her feelings and uses the word “lost” a lot, and the girls still choose really impractical clothes to fight in.

And, on top of that, the dialogue has gotten even worse. Almost every other line was something we’ve heard before – “I will do anything to find my mom!”, “You’re not like the others, Clary Fairchild.” – and Clary is always likely to be the culprit. Even when she’s given something new to say, this week’s outburst of “you’re my only hope!” is doing nothing to help her cause as an interesting, stand-out character (the “help me Obi Wan Kenobi Magnus Bane” is implied). Instead, it’s more likely to cause actual cringing, second only to Simon’s “come at me, bro!” in an attempt to challenge Jace. No, bro. 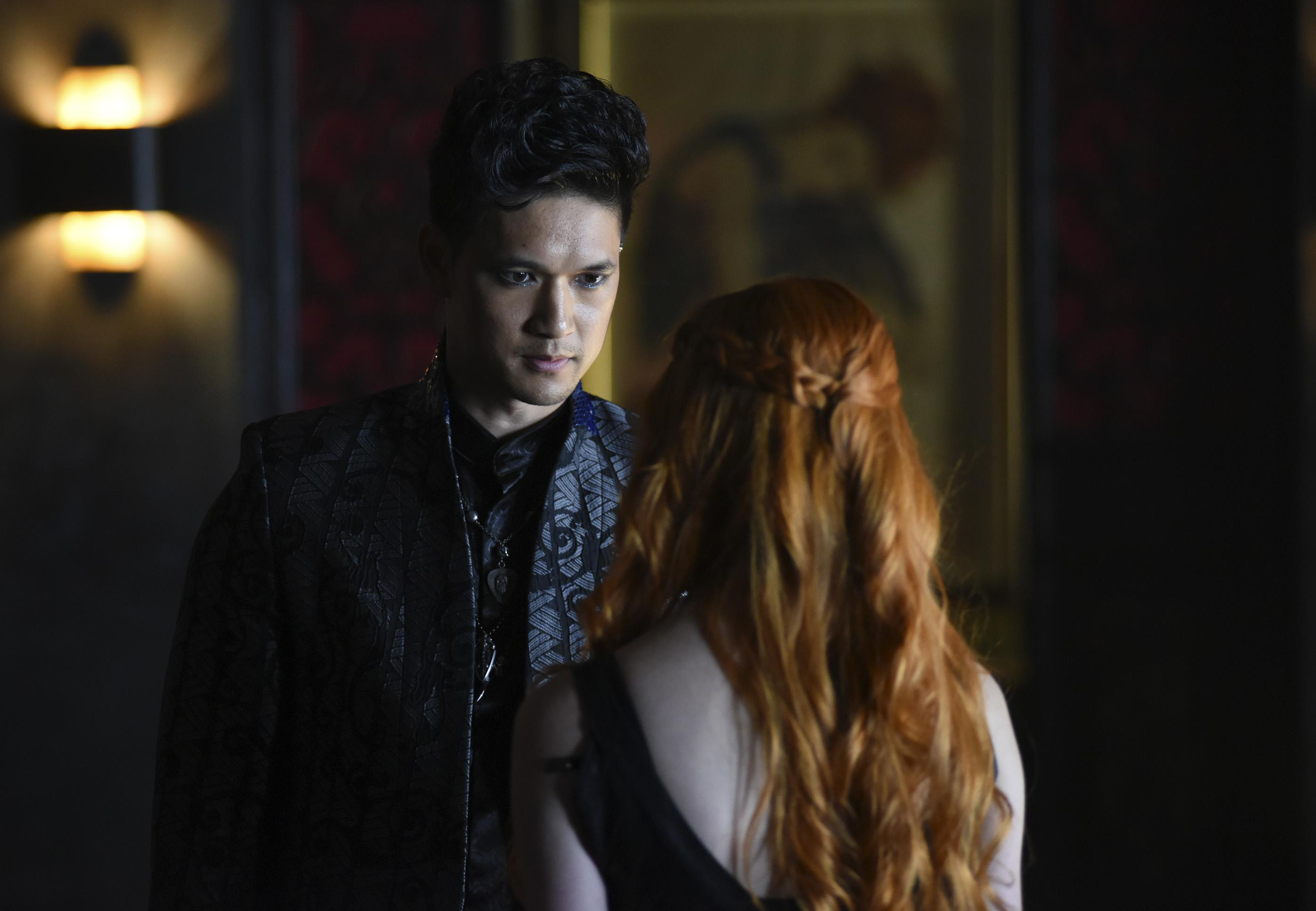 Despite its flaws, ‘Raising Hell’ served as Magnus’s episode, and Harry Shum Jr fared rather well in the role. We have seen the character before but now we get to see more of his powers as well as a glimpse of his personality which, even though he’s all eyes and hand gestures, is a welcome breath of fresh air for a disappointing episode. And while Magnus was the biggest expositional speaker of all in this week’s episode, he did also give me my one and only laugh, so there’s that.

More interesting to me, however, was Alec and in all honesty it’s about time he snapped. While Isabelle giggles about how much more fun it is with Clary around and Jace is unable to think clearly through his Clary-clouded judgement, Alec is the only person who is questioning this entire situation. This girl has appeared out of nowhere, can’t remember anything that will actually help them and is constantly getting them into trouble, not to mention the baddie is her dad, so I say Alec’s distrust is well-placed. His and Jace’s “oddly intimate” (thanks Clary) relationship is by far the most interesting right now, and a story worth telling. 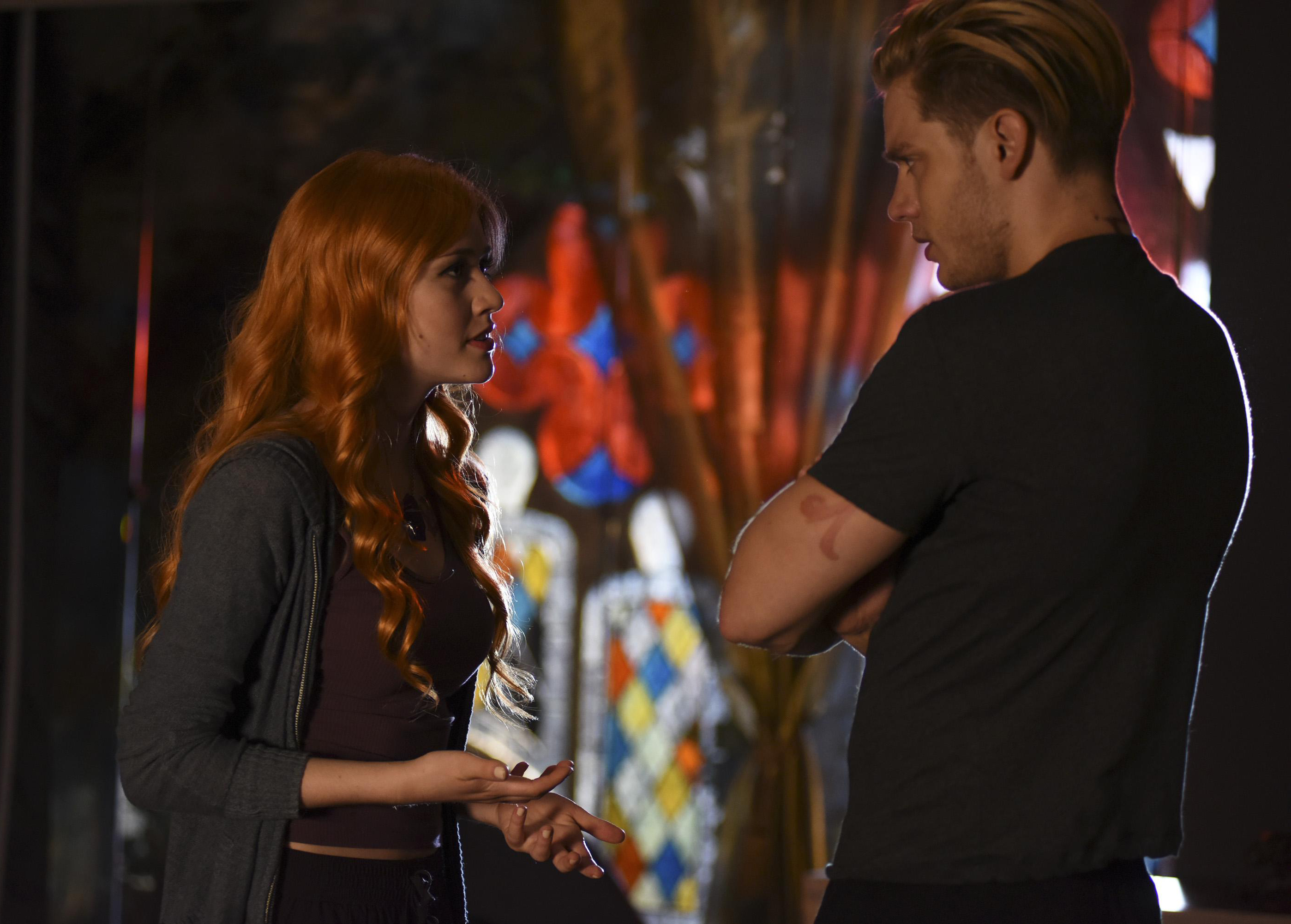 Mostly, I just don’t know where to go with this series. Clary is my biggest problem, and maybe I’ve been spoiled by some of the more well-written shows we’ve been treated to over the past few years, but having a programme where the main character is consistently proving difficult to get behind and take seriously is a dangerous place for Shadowhunters to be in.

Last week’s episode may have been more show than substance, but it was a great deal more entertaining than this week’s attempt at driving a plot and having nothing to show for it.