There’s just something about the Yorkshire moors, isn’t there? Ever since Wuthering Heights burst on the scene in 1847 and romanticised the rolling fields and cliffs with the tragic tale of Cathy and Heathcliff, the moors have been synonymous with mystery, madness and love – an idea that Anna Hope’s The Ballroom capitalises on.

John and Ella are inmates in Sharston Asylum, a mental hospital on the edge of the moors that keeps men and women apart save for a dance in the asylum’s grand ballroom every Friday night. It’s 1911, there’s a heatwave going on and as the temperature rises to higher and ever-more oppressive levels, John and Ella meet at one of the dances, sparking an attraction that leads to an affair that’ll change their lives.

Based in part on the story of Hope’s Irish great grandfather, The Ballroom is a wonderfully beautiful story that captures, fundamentally, the human experience. In John and Ella, we get two flawed and fragile individuals trapped in close to unbearable circumstances. But while Ella is trapped inside the hospital and only let outside in the small time dedicated to recreation, John and the men are outside almost every day working the land and it’s this injustice that drives him to write his first letter to Ella, to describe to her what she’s missing. This is a recurring theme throughout the novel, being trapped and seeking freedom in a number of ways, and one that the novel keeps circling back to in its imagery of broken windows, caged birds and the rolling scenery of the Yorkshire moors. 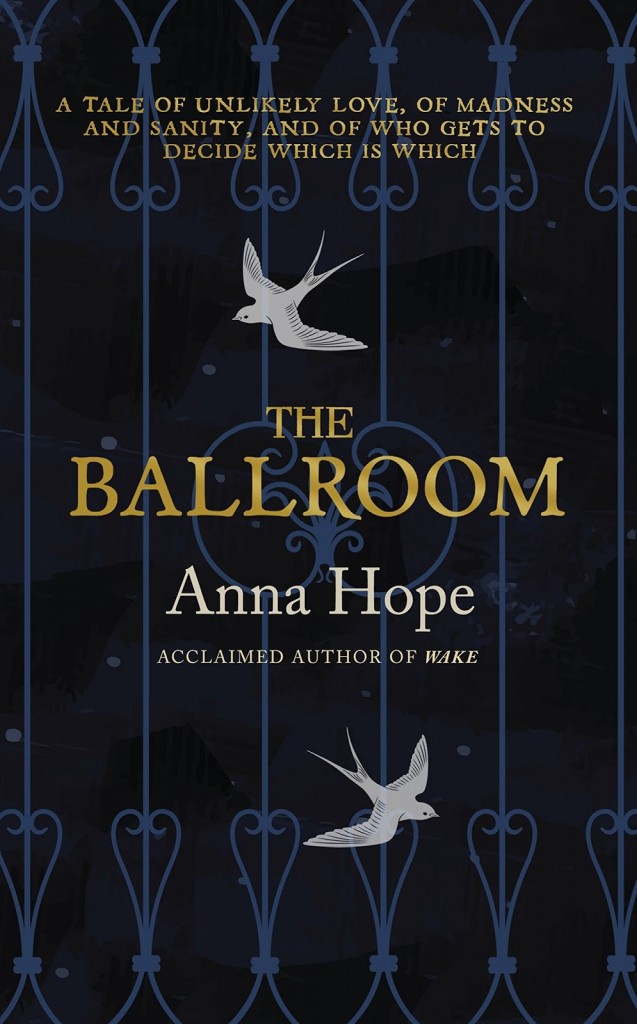 But alongside the love story there’s also an underlying social commentary that becomes increasingly harder to ignore in asylum doctor and bandleader Charles Fuller’s narrative. The doctor begins the novel as a music lover who believes wholeheartedly in the rehabilitation of the asylum inmates, and the restorative power of music, but through his increasing involvement in the early Eugenics debates and an unhealthy obsession with John, Charles’ story takes a darker turn that forces the reader to question the truth of the inmates’ madness and whether it can be called that at all.

All three of these main characters have a story to tell, but it’s a bit of a slow burn in getting the narratives to meet up. The first 100 pages or so take the time to establish each of the lead voices and their backgrounds, but it’s only after John and Ella have their first dance that the novel hits its stride and refuses to let up. Throughout it all, though, is Anna Hope’s gorgeously lyrical writing and true knack of writing scene-stealing descriptions. There’s a heavy focus on nature and, unsurprisingly, the overwhelming heat of the summer and nothing sells it better than in this passage:

“He began to wonder if she was real; she seemed insubstantial somehow, in her paleness and her darkness, as waves of heat rose from the earth and blurred her outline, a changing creature, made of water, not of flesh and blood.”

Considering how much I loved Hope’s debut novel Wake, I had very high expectations for this follow-up that I’m pleased to say the author didn’t just match, but managed to knock out of the park. This novel is at once romantic, thought-provoking and extremely poignant, with a rich narrative and an ending that moved me to tears.

In short, The Ballroom is an incredibly engaging and deeply intense read, and if you take nothing else away from this review, at least remember this: This novel deserves to be read.