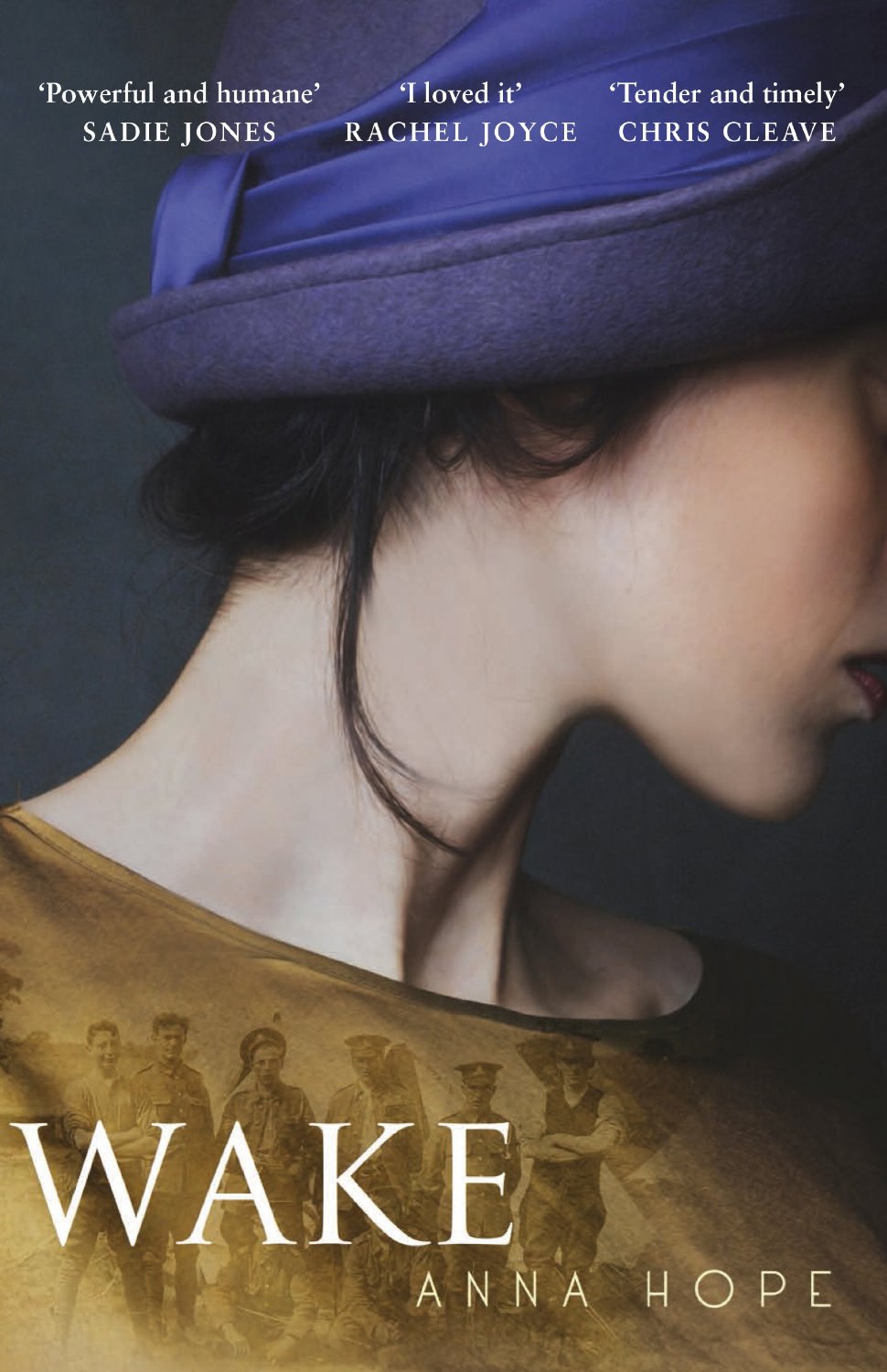 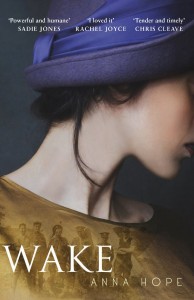 Anna Hope’s debut novel Wake is a beautiful, haunting book that stands as a perfect example for why it is more important than ever to remember the devastation that the First World War wrought on this country and its people. The novel opens in November 1920 with three anonymous soldiers on a former French battlefield searching for the one body that would ultimately begin the journey to London to become The Unknown Warrior. Over the five days leading up to the interment of this soldier in Westminster Abbey, Wake follows this journey and its emotional impact on a nation of people trying to carry on living after the War.

As the soldier’s journey passes from France to England, Hope enlightens her readers to the multitude of emotions stirred by this procession as it passes through French churches and across the British countryside as it travels to London towards its final resting place. The soldier serves as a symbol of all the fallen soldiers who failed to return home after the war, and this means that for the people witnessing this journey, this soldier belongs to all of them. He is their fallen husbands, their departed brothers and their slain sons and his funeral becomes a way of finally mourning their losses as life around them tries to get back to normal.

The true narrative of the story, however, follows the lives of three women in London over these five days whose stories become more and more entangled as the soldier travels closer to London and stirs memories of the War that people would prefer to forget. There’s Hettie, a dancer at the Palais who resents having to give up half her wages to her mother in order to help support the brother who returned mute and broken after the war; Evelyn, who works at the Pensions office and sees first-hand the thousands of men who have been damaged, dismembered and destroyed by the War struggling to re-enter the society they fought to defend; and Ada who is searching for closure after the death of her son when a body was never returned to her and a grave location never disclosed. Each of these women are connected by the men in their lives who fought in the trenches and as their story comes together, Hope paints a picture that reinforces the fact that the long-term repercussions of the War continue to be felt years after the Armistice was announced.

The truth of this novel lies in the poignant reverence of Hope’s writing as her intertwining narratives, and the Unknown Warrior’s journey, culminate in the Remembrance Day memorial to mark his arrival in London. These women are but a few amongst thousands of people mourning the memory of the men who lost their lives, both through death and through injury, and the struggle to completely accept their new reality is treated both sympathetically and with the greatest of respect.

With the centenary of the outbreak of World War 1 happening around us at this very moment, novels like this demonstrate the necessity of remembering this event as it begins to slip out of living memory. Hope summarises it best with the insight of a soldier who unites each of these women with his own war-time experiences:

‘“And whatever anyone thinks or says England didn’t win this war. And Germany wouldn’t have won it either.”

Words cannot describe how heart-wrenching I found this novel – I cried reading the book, and I choked up again writing this review. With this novel, Anna Hope creates a devastating snapshot of life in the trenches, the comradery between soldiers who do not expect to survive and the network of women left behind to pick up the pieces of their broken society.