Remember the dark and sexy show we were promised before Shadowhunters started? I’m pretty sure the network exec who dubbed it that had this episode in mind when he said it. ‘Dead Man’s Party’ is 41 minutes of unnecessary make out scenes, sexually charged “training” scenes and… that’s about it.

Anything involving plot this week was sacrificed in favour of seductive music and sexed up detours all in the name of rescuing Simon from the vampires that took him at the end of last week. And while Jace and Clary, Isabelle and Alec are all wrapped up in their own complicated emotions, even Simon-the-victim is caught up in a shady – not to mention non-consensual – affair of his own. 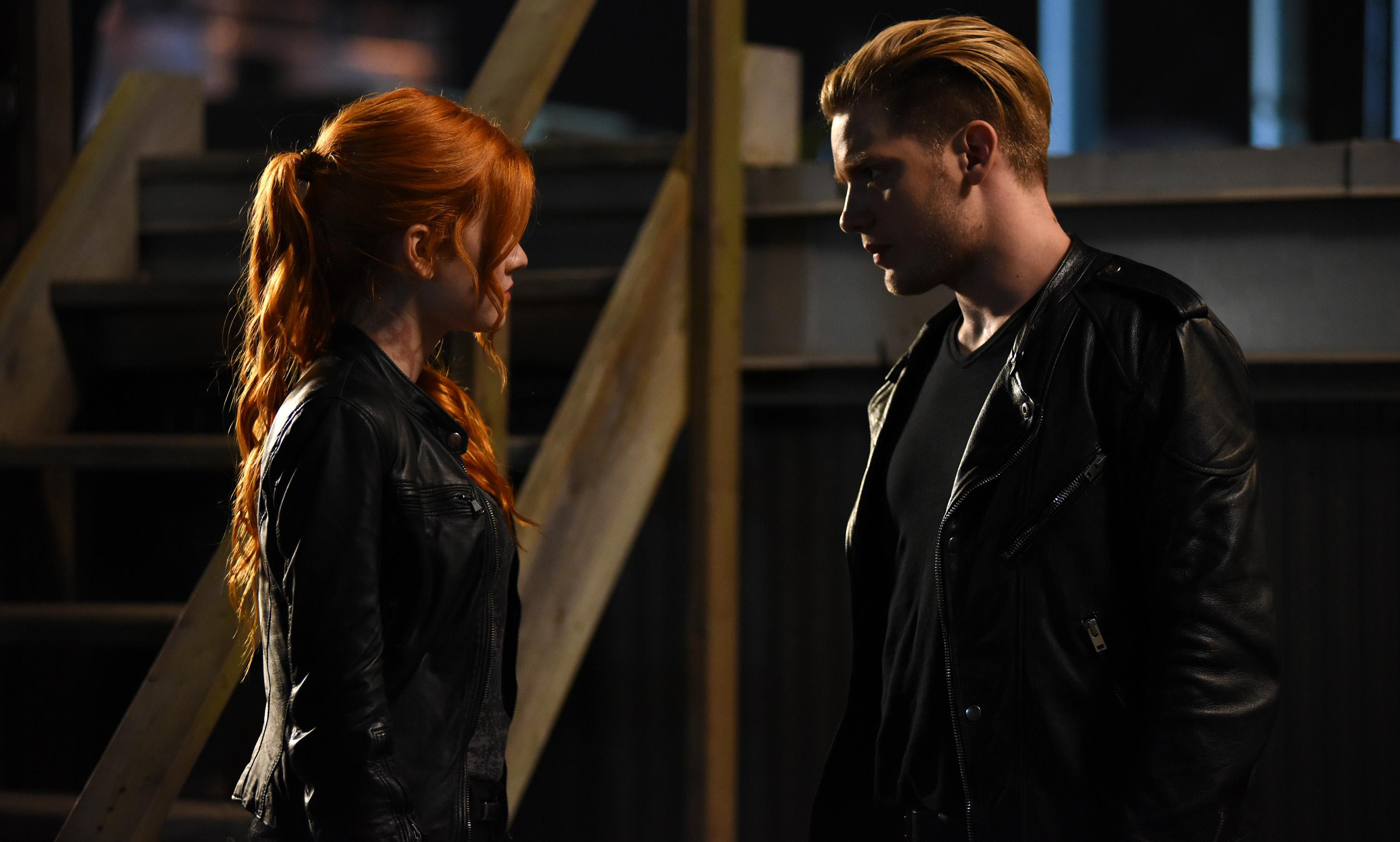 And that was the biggest disappointment of the episode: where I thought it’d be Simon’s time to shine (because I really do like Alberto Rosende in the role), instead he was left in a drugged-up, lovesick state as he was encircled in the vampire leader Camille’s thrall and forced to remain the drunk-in-love sidekick, whatever happens to him. Isabelle didn’t fare too much better in the plot stakes either, embarking on her own mission of getting up close and personal with the seelie Meliorn in an effort to figure out the best way in to the Hotel Du Mort (aka the hotel of death – let no one tell you that vampires don’t have a sense of humour).

But what we lack in plot we make up for in (slight) character development, and a hell of a lot of world building. We’ve seen the warlocks before, but now we also have the seelies (faeries, elves, anything that’s half-angel, basically) and the vampires to add to the mix. After all, it wouldn’t be a supernatural TV show, young adult or otherwise, without vampires making an appearance at some point, and here we have them in all their pale and weirdly compelling glory. 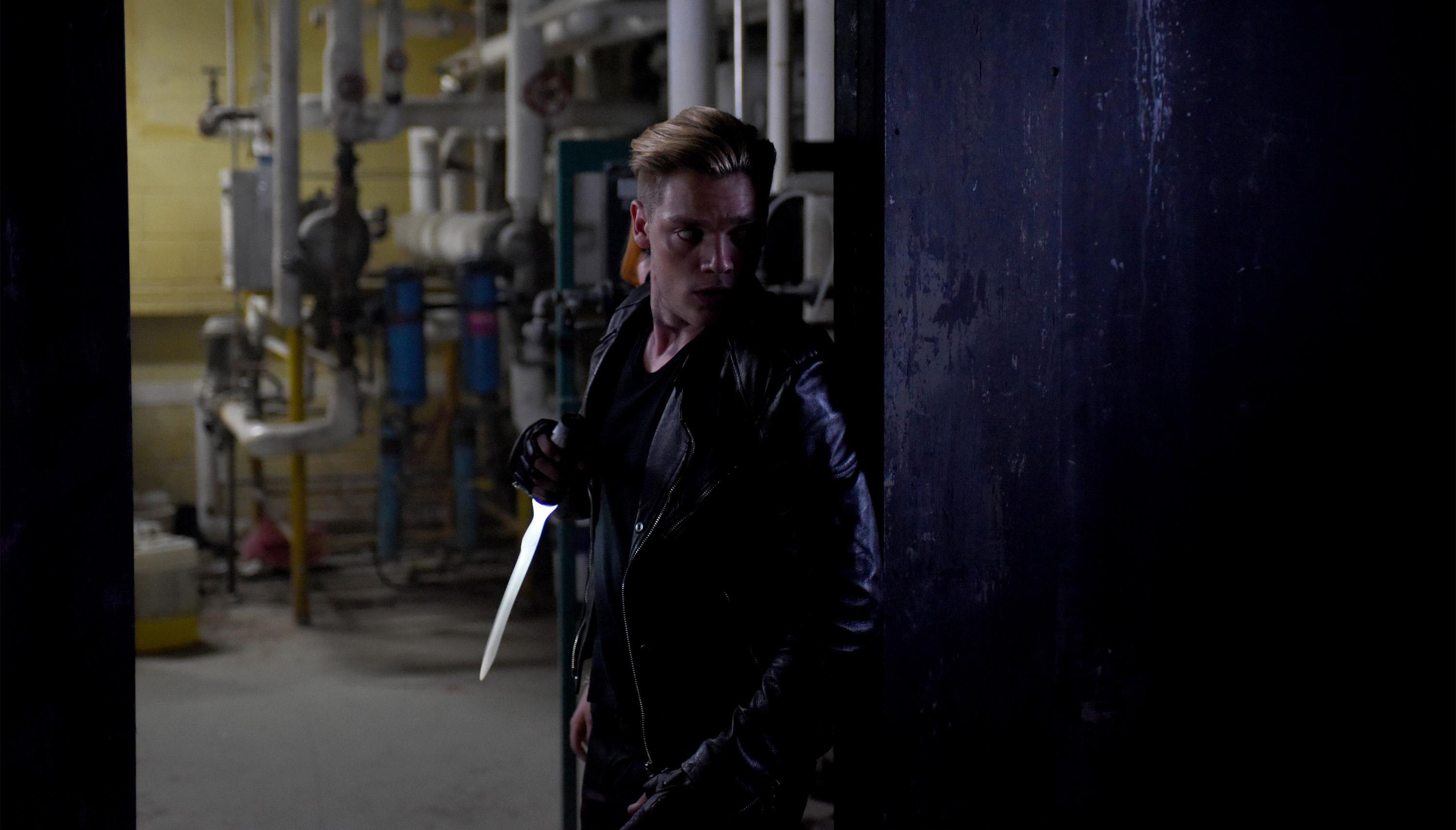 It’s in the battle to save her best friend that Clary finally comes into her own though, and we actually get to see some badass, weapon-wielding Clary that this show’s been missing. And, even better, it came via a personal training session from Jace. Their inevitable romantic subplot really stepped up a gear in this scene, and Katherine McNamara and Dom Sherwood can be commended on their chemistry, even if Clary still battles with some rather cringy dialogue, and doesn’t always win.

Clary, Jace and Alec in particular were all forced to confront some of their underlying feelings in this episode, and it’s Alec in particular who has a lot to consider. He and Jace are parabatai, Shadowhunter partners that fight as two parts of a whole, and here he is breaking the laws of the Clave and running around trying to clean up the disruption that Clary’s brought into their lives on Jace’s behalf, rather than fighting alongside him. He doesn’t like Clary, and makes no secret of it, but he’s helping her because Jace wants it. It’s a difficult relationship, and one I’m sure will only get complicated further as the season unfolds, especially given their rather spectacular showdown at the end of the episode. 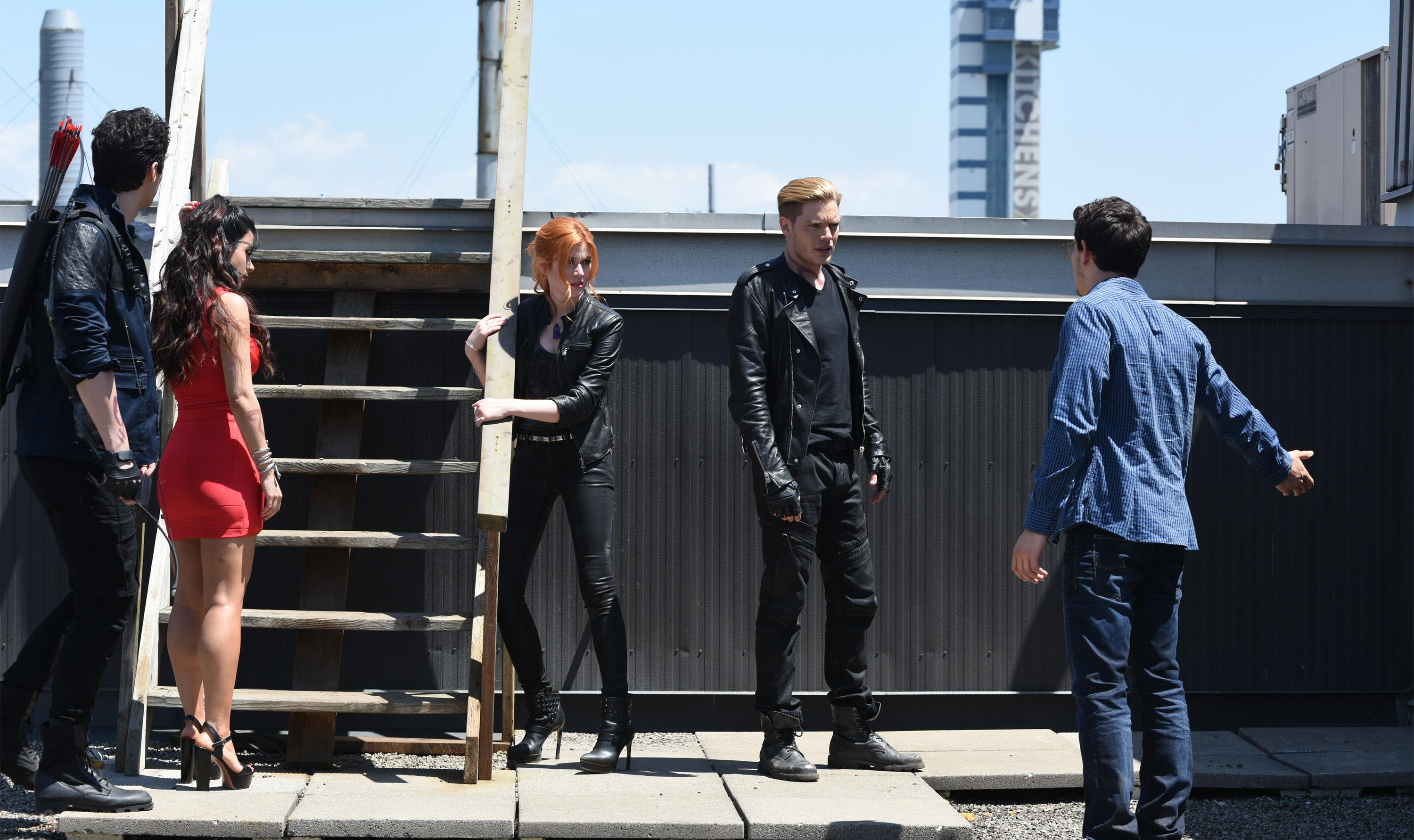 Overall, the show still has some issues – which is a shame as it’s getting dangerously close to the time of the season where people will start to switch off if it doesn’t get better – dodgy special effects and unnecessarily sexed up scenes being among them. But ‘Dead Man’s Party’ was suitably moody and fantastical in all the right ways, playing off the dark graveyard, the supernatural undertones and all the creatures that go bump in the night. Throw in some seductive, techno music and you have an episode, and a series, that does succeed in entertaining its viewers.

It’s inoffensive, not too taxing a watch and, if nothing else happened in this week’s outing, at least Clary and the gang have mastered the art of working purposefully in formation down a long corridor.