There are certain characters in fiction that are plagued by bad luck. Nan Lewis, the protagonist in Carol Goodman’s new psychological thriller River Road, certainly feels like one of those characters. But what if Nan’s misfortune isn’t simply bad luck? What if someone is carefully orchestrating the destruction of the remnants of her life? And what if those she thinks she can trust are the people she shouldn’t be trusting at all?

Having been denied tenure, the creative writing professor is driving home during a snowstorm in upstate New York. Upset and aggravated, Nan hits a deer with her car and crashes in a ditch. At least she thinks it was a deer; there’s no injured animal to corroborate her story. The next morning, a police officer arrives on Nan’s doorstep to inform her that there has been a hit-and-run on River Road. The victim is Nan’s favourite student, Leia, and there’s blood on Nan’s damaged car.

Nan is positive she hit a deer and that Leia’s death is just a tragic coincidence, but she soon finds herself as the prime suspect in a police investigation. Nan knows what it’s like to lose a child though, having lost her own daughter in an eerily similar accident years previously. She understands the danger that the hazardous River Road poses and she feels Leia’s family’s grief as if it were her own. In a way it is, having never truly recovered from her personal loss. 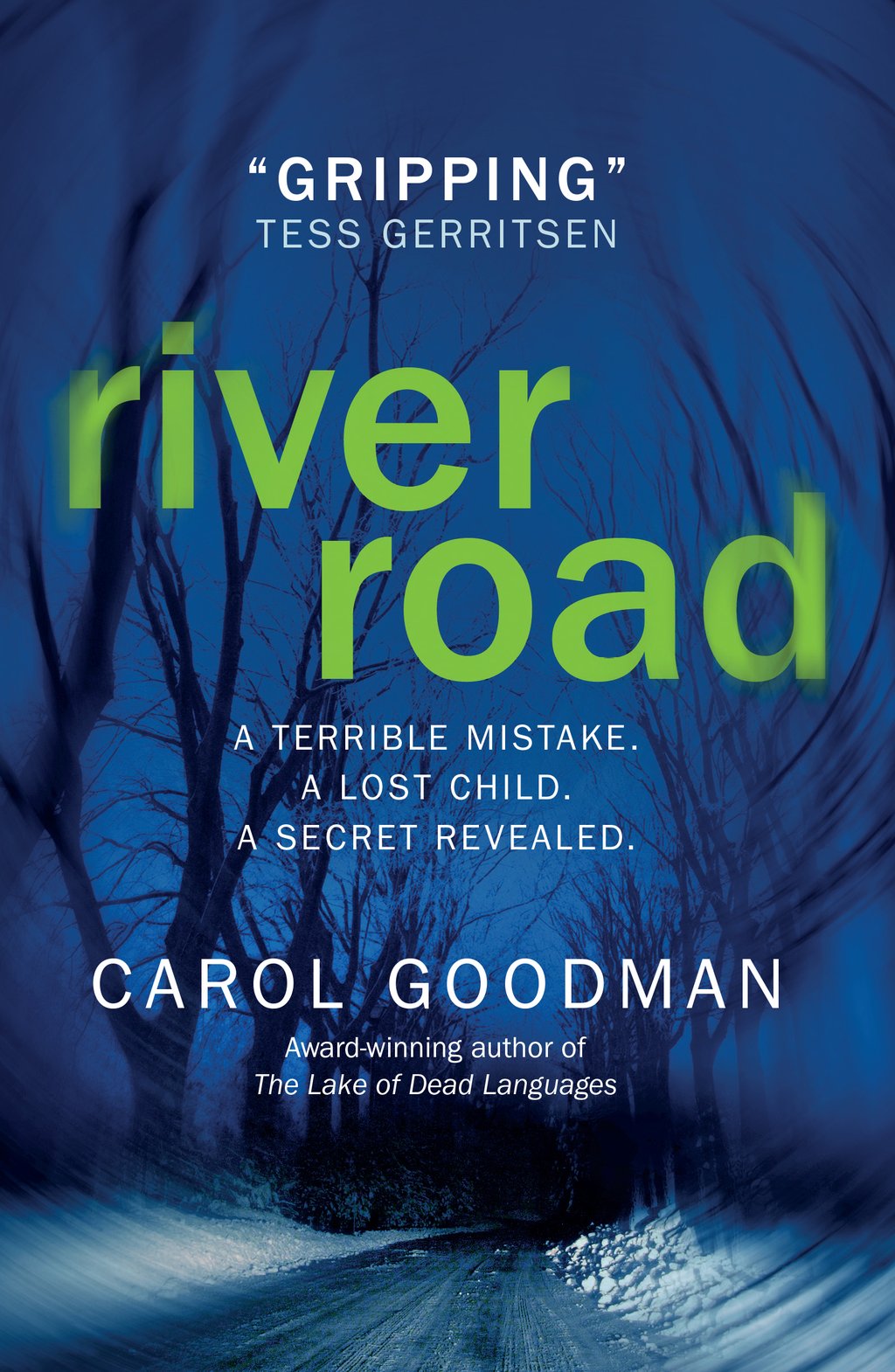 Nan goes from valued professor to possible murderer, as the community who helped her through her own heartbreak start to lose faith and trust in her. Could Nan’s daughter’s death be connected to Leia’s though? Alongside the formal police investigation, Nan begins her own personal search for the truth, revealing lies, secrets and betrayals that threaten not only Nan’s life but also those that she cares about.

Psychological thrillers can often build up slowly, but Carol Goodman doesn’t mess around with River Road. We’re immediately immersed in Nan’s precarious emotional state, engaged in her plight to clear her name and discover what really happened to Leia. You’ll find yourself constantly second-guessing the innocence of all the characters, whether it’s Nan herself, Leia’s peers, or the other faculty members. Nan is a strong female protagonist to follow; she’s damaged and lost but she’s fundamentally good, which makes finding the real suspect an important quest.

Goodman waits until the very end to reveal her hand, building tension and doubt against a vividly imagined backdrop – her descriptions of the icy cold environment are particularly evocative. Whether you suss out the true culprit or not (I guessed quite early on), it doesn’t diminish the climax which is exciting and dramatic, even if it’s not the big shock you were expecting. Pacey and cleverly constructed, River Road will keep you turning page after page until the satisfying conclusion. Just be prepared for a few red herrings along the way!

River Road was published in paperback by Titan on 19 January 2016.