The Kooks – Inside In/Inside Out Reissued LP Review 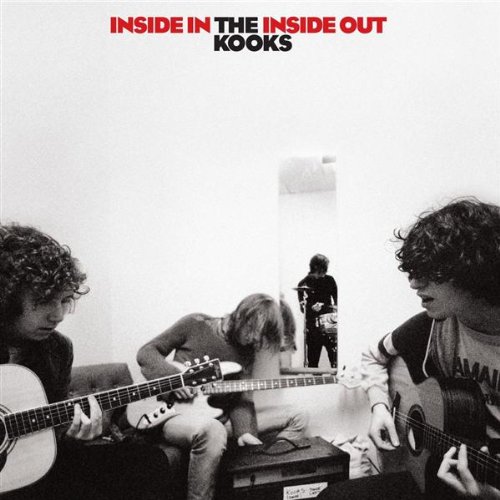 If there’s one album that epitomises my latter teenage years it’s The Kooks’ Inside In/Inside Out, which has just been reissued on LP for the first time.

The original album was released 10 years ago, prompting many a fan to utter the words: “where did those 10 years go?” Indeed, when I re-listen to the album I’m instantly transported to 2006 – an untroubled time that matched the carefree feel of The Kooks’ early music.

There’s a certain feeling that Inside In/Inside Out evokes; sunny days, car windows rolled down, barbeques on the beach. And whilst the band might have struggled to emulate the success of their first offering – Listen didn’t have any lasting appeal – there’s something quite comforting about revisiting an album that was so beloved by a certain generation the first time around.

Record opener Seaside is an apt song for a band originating from Brighton, a short, sweet and inoffensive number that very much sets the tone for the rest of the record. Old favourites Naïve, Ooh La and You Don’t Love Me still stand out as some of The Kooks’ best tracks but it’s difficult to ignore the catchiness of She Moves In Her Own Way, a cheerful toe-tapper with an enduringly sunny charm.

Whilst they had their critics back in the day (and still do), when you look at the way music has progressed over the past 10 years, it’s clear to see how much The Kooks influenced many young bands on the circuit today. Just like The Kooks borrowed from Britpop and indie-rock bands of the past, contemporary bands have borrowed from The Kooks’ earlier sound and been very successful doing so.

If you enjoyed the genre-hopping Inside In/Inside Out in 2006, you’ll find that the British indie charm hasn’t diminished over time. It’s a sound that’s both relevant and reminiscent, and worthy of LP status.