Every season of Pretty Little Liars, with the exception of perhaps the very first season, has taken a while to get into its groove. And going by the initial two episodes of the seventh outing, this is a trend that has continued as the writers try to eke out the tension and keep the best stuff for the grand finale.

After her Houdini escape last week, Hanna finds herself in a car with a secretive Mary Drake, who delivers the kidnapped liar safely to her worried friends. Whilst Hanna might be out of immediate harm’s way, she’s clearly suffering from another bout of PTSD and has got the dreaded “dollhouse look” again.

Meanwhile, Spencer feels insecure about her relationship with Caleb, Aria and Ezra hit rocky ground with Liam over their book, and Emily discovers a connection between Doctor Rollins and Mary in her quest to help a psychologically deteriorating Ali.

‘Bedlam’ might not be the most exciting episode of PLL ever, but it did leave us with some pressing questions for the rest of the season.

Is there a future for Caleb and Spencer? 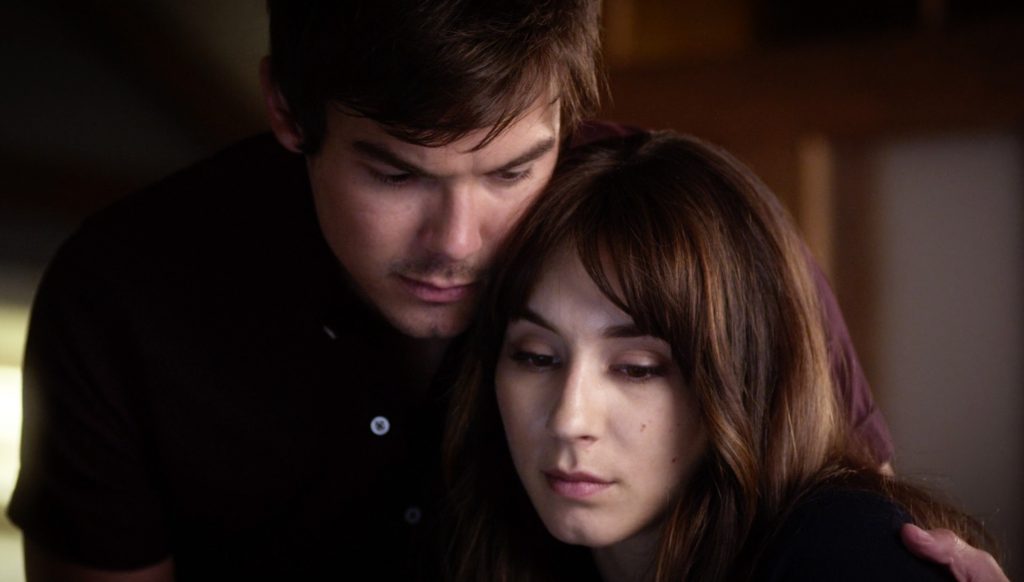 Spencer is happy to have Hanna back unscathed, but she’s also feeling increasingly apprehensive as she watches Caleb fuss over his ex-girlfriend. It’s a complicated situation, one that’s only going to get worse as Caleb feels more and more conflicted about his kiss with Hanna at the end of last season. So what does this all mean for Caleb and Spencer’s future?

Well, if you’ve stuck with PLL since the beginning, Haleb will have a special place in your heart – they were each other’s first love and that means something to both of them. Whereas Caleb and Spencer’s romance seemed to come from nowhere after the five-year time jump; they might have the heat but they don’t have the history.

When Spencer asks Caleb if they made a mistake, he tries to reassure her, unconsciously talking about the relationship in the past tense, as if it’s already nearing an end, something astute Spencer is quick to pick up on. With Hanna calling off her engagement, Caleb is going to have to decide where his heart truly lies.

Who’s going to get married this season? 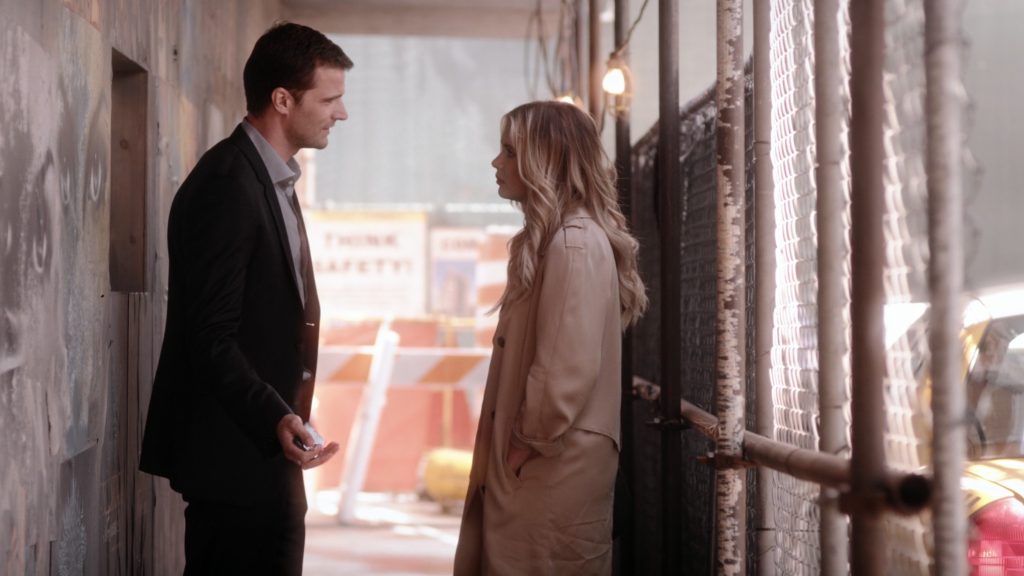 At the end of the episode, a frustrated and distressed Hanna gives Jordan his ring back…but is that really the end for them? Jordan has always been a bit of a peripheral character, so it’s no big loss for viewers, though it does put a spanner in the works for the big season 7 wedding.

Executive producer Marlene King has confirmed that at least one couple will be getting hitched before the season’s end, so which Rosewood sweethearts will it be? Could Hanna change her mind about Jordan? Will Caleb choose between Spencer and Hanna with the ultimate act of commitment? Or, will Aria and Ezra, the longest running on-off couple in the series, finally tie the knot? It could be any or none of the above, but it’s going to be dramatic and eventful regardless.

What does Rollins have planned for Ali? 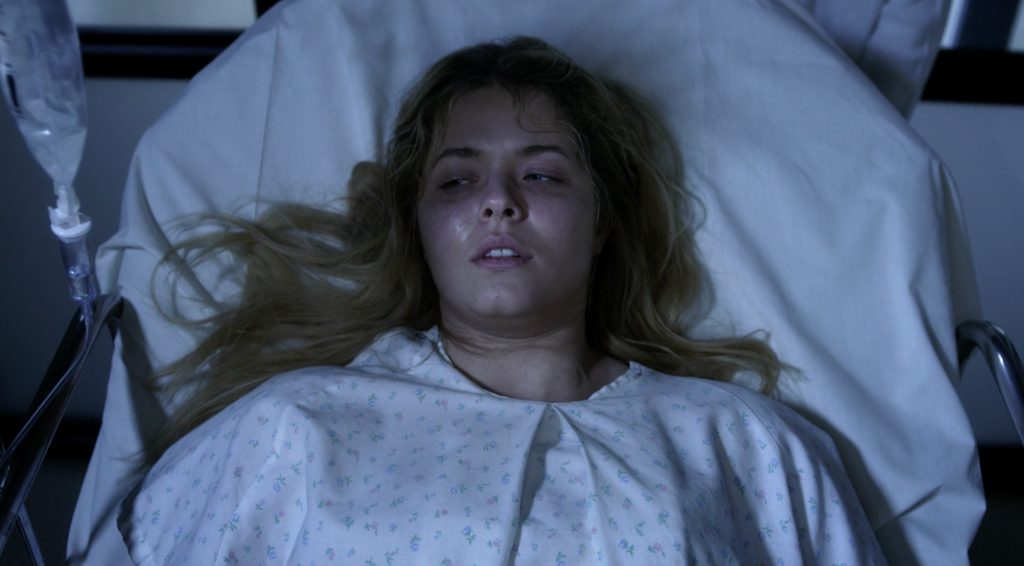 Ali thought Elliot loved her, she thought he was trying to help her. How wrong the original liar was. After Caleb tells ‘Uber A’ that it was Ali who killed Charlotte (we still don’t know if she actually did), the creepy Doctor Rollins steps up his punishment at the psychiatric hospital. Ali is drugged, alone and helpless, struggling to stay awake so that she can warn Emily about the man who’s supposed to be looking after her.

Of course, Emily already suspects Rollins isn’t the kindly physician he’s pretending to be, but will she be able to save Ali before its too late? We last see Ali being wheeled along a corridor, presumably either being prepped for surgery or unofficially discharged, neither of which bodes well for her.

Is Liam going to cause trouble for Aria and Ezra’s book? 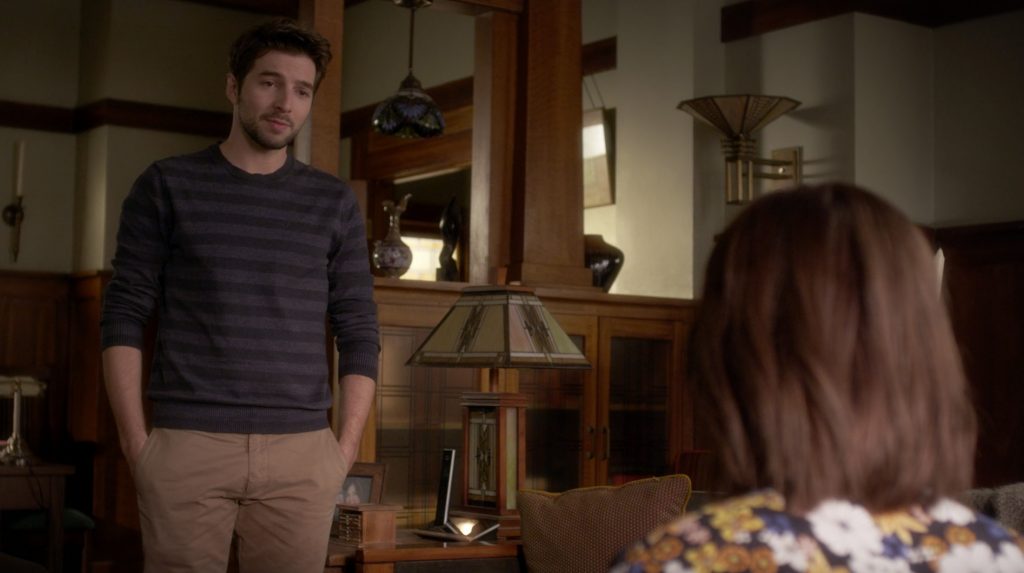 Sweet, dependable Liam returns this week with some exciting news, only for Aria to break up with him before he gets to voice it. This could be the most amicable split in PLL history though, with Liam assuring Aria that he can still work open-mindedly on her and Ezra’s book: “You’ve worked hard for this. I’d like to see you get something you’ve always wanted.”

Cut to Liam’s meeting with Ezra and things aren’t quite so cordial. He becomes convinced that Ezra seduced a teenage Aria, and his ability to be impartial makes a swift exit out the window. As viewers, we understand Aria and Ezra’s history, we know what they’ve been through to get where they are. At this rate, Ezria’s book will never get published.

What is Mary Drake’s end game? 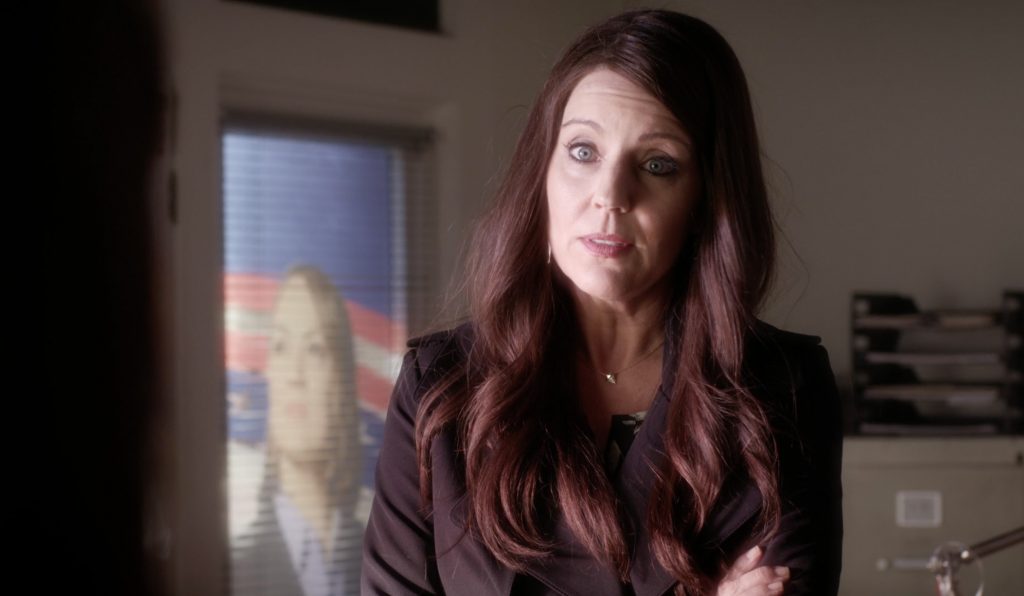 If we’re to go by Mary and Elliot’s heated conversation at the hospital, Mary isn’t the big bad we should be worried about. She isn’t happy with the way Elliot is treating her niece and, though she clearly has shady, ulterior motives, she doesn’t seem to be the one calling the shots anymore.

So why did Mary Drake really come to Rosewood? Was it simply to get justice for Charlotte, or to reclaim the life and money she thinks her sister stole from her all those years ago? Mary might be sly but there seems to be more to the disgraced Drake than meets the eye. Either that, or she’s just a really good liar. She’s in good company.