‘These Boots Were Made For Stalking’ & ‘Hold Your Piece’

Two weeks have passed since my last review and a lot has happened since then, so let’s recap last week before focusing on the latest episode. In episode 11, we saw Spencer take on the game without asking the other Liars, which left her in the following episodes to give her ‘adoptive’ mother, Veronica, the cold shoulder and treat her almost as if she’s forgotten who has loved and cared for her throughout her life.

Next up to play was Emily, and last week’s episode, ‘These Boots Were made for Stalking’, saw her face adversity in the form of a mini Alison clone. Mean-girl Addison had skipped swim practise, and when Emily confronted her about it she saw her opportunity to target the new coach. She used Emily’s relationships with Paige and Ali to manipulate her way back into the swim line-up. Proving to be almost as malicious as young Ali was, Addison told Paige that the other girls on the team also found Emily inappropriate, and she showed Paige photos that she’d sneakily snapped of Emily comforting Ali about her pregnancy. When Emily played the game, A.D gave her a video of the CCTV behind The Brew where Addison could be seen smoking drugs with a friend. Problem swiftly averted.

Next it was Hanna’s turn to play the game, and after being taunted in the previous episode for trying to “take her turn early”, she has no trust in the game whatsoever. In an attempt to stop Hanna interfering, she was subsequently punished by being locked in a cage and almost losing her hand to a metal blade. Which of course brought back stressful memories of Hanna’s kidnapping and torture. Fortunately, Caleb was there to save the day and Hanna came away from the trap with both hands still intact. Phew. 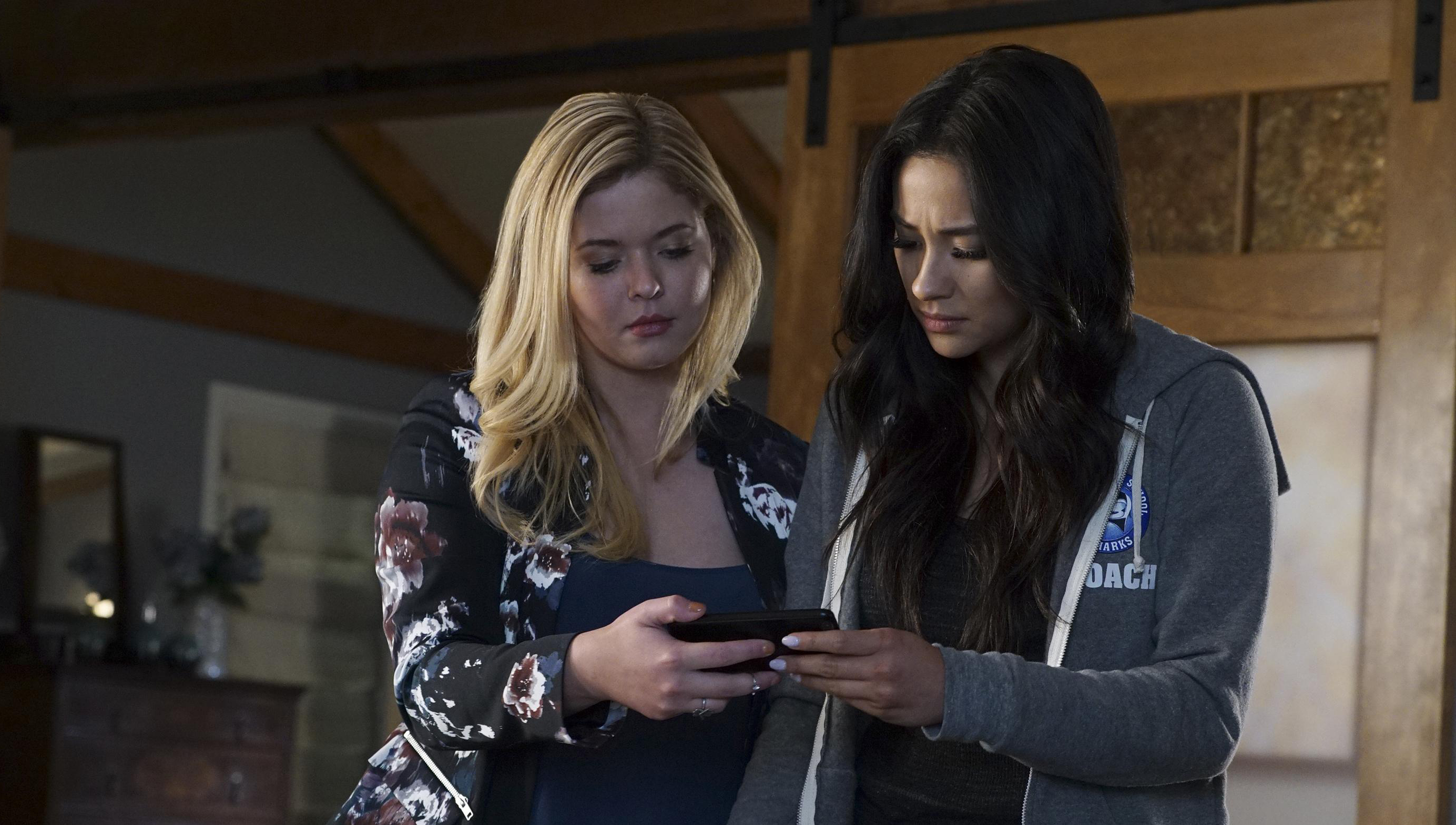 In this week’s episode, ‘Hold Your Piece‘, the game phone kept crying like a baby, and after Spencer was driven insane by the noise, she called an SOS meeting with the girls (minus Ali), with Hanna taking the phone to stop the incessant noise. As if we couldn’t guess after the previous episode, it was Hanna’s turn to play next. Instructed to open her front door, Hanna and Caleb were faced with a creepy mannequin looking just like Hanna. Her turn couldn’t have come at a worse time too, since she was due to have drinks with Lucas and her investors. A.D told her to read the appendix, which sent Hanna searching through every book in sight. Obviously, with this being a gift from A.D, appendix was meant literally, and Hanna was forced to cut into the mannequin’s torso, where she found a Japanese dress that would lead to her reward.

Even though Hanna was frantic, I can’t help but wonder if A.D would have helped with her pitch to the investors. With Spencer and Emily both receiving aid from A.D as a gift for playing the game, why wouldn’t Hanna? However, she never got to her meeting as she received a call saying Caleb was in the hospital after being sprayed with a chemical whilst tampering with the game. He’s ok though, for now at least.

In other news, last week we saw Aria helping Holden out instead of tasting her wedding menu. A news reporter questioned her about Ezra and Nicole’s reunion, and Aria was left wondering whether their relationship actually has a future, asking Holden “Do you think I should give the ring back?”. She attempted to visit Nicole but was stopped by Holden, who convinced her not to go through with it. This week, however, we were left with a major cliffhanger when Aria returned home to find Nicole sitting in the dark in her apartment. What exactly Nicole wants isn’t clear right now but, with Ezra nowhere to be seen, has she finally discovered that Ezria are a thing again? 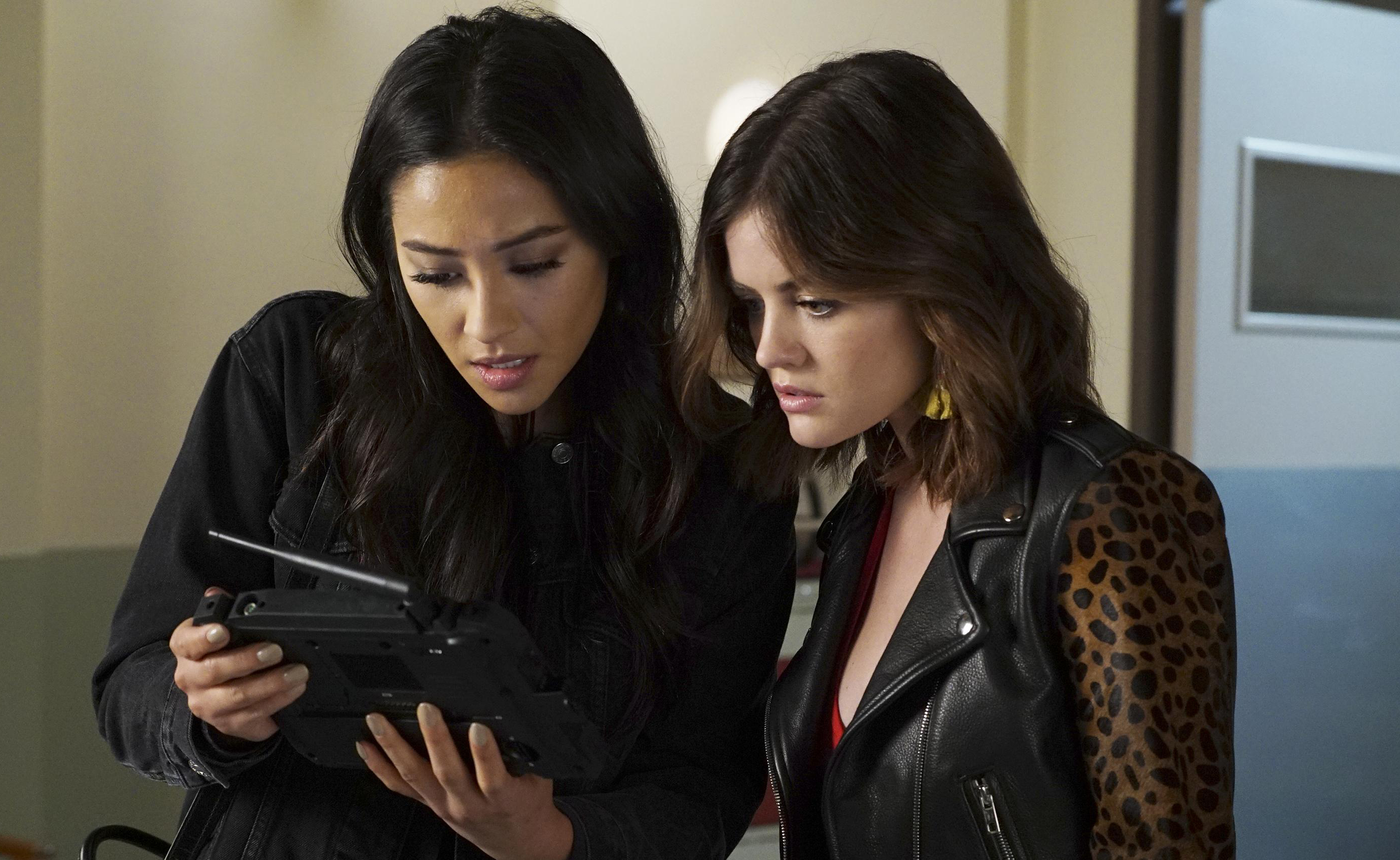 The return of the tapping stick came last week when Jenna paraded into the police station spewing a story to Fury – witnessed by Spencer – about how she was also a victim of Noel’s tricks. Unsurprising to anyone who’s watched the show religiously since the beginning, Jenna disappeared yet again, leading Aria and Emily to track down Sydney – remember her? – in order to try and locate Jenna once more.

Just when we thought everything was going to be ok for Toby – with Yvonne waking up from her coma – tragedy was just around the corner. The two got married in hospital but as they were talking about where they’d like to go on their honeymoon and how happy they are, Yvonne’s bouquet of flowers fell from her hand to the floor. Given Yvonne hasn’t been a consistent character since her introduction, it’s difficult to feel particularly sad about her death. Yet you have to feel deeply for Toby, who collapsed to the floor in Spencer’s arms, heartbroken tears running down his cheeks.

The writers packed a lot into these past two episodes, and it only makes me more excited for the next episode, titled ‘Power Play’. With only six more episodes to go, the game isn’t close to being finished, and we’re still no closer to finding out who A.D is. Right now it could be anyone!

The next episode of PLL will air on Netflix on 10 May.