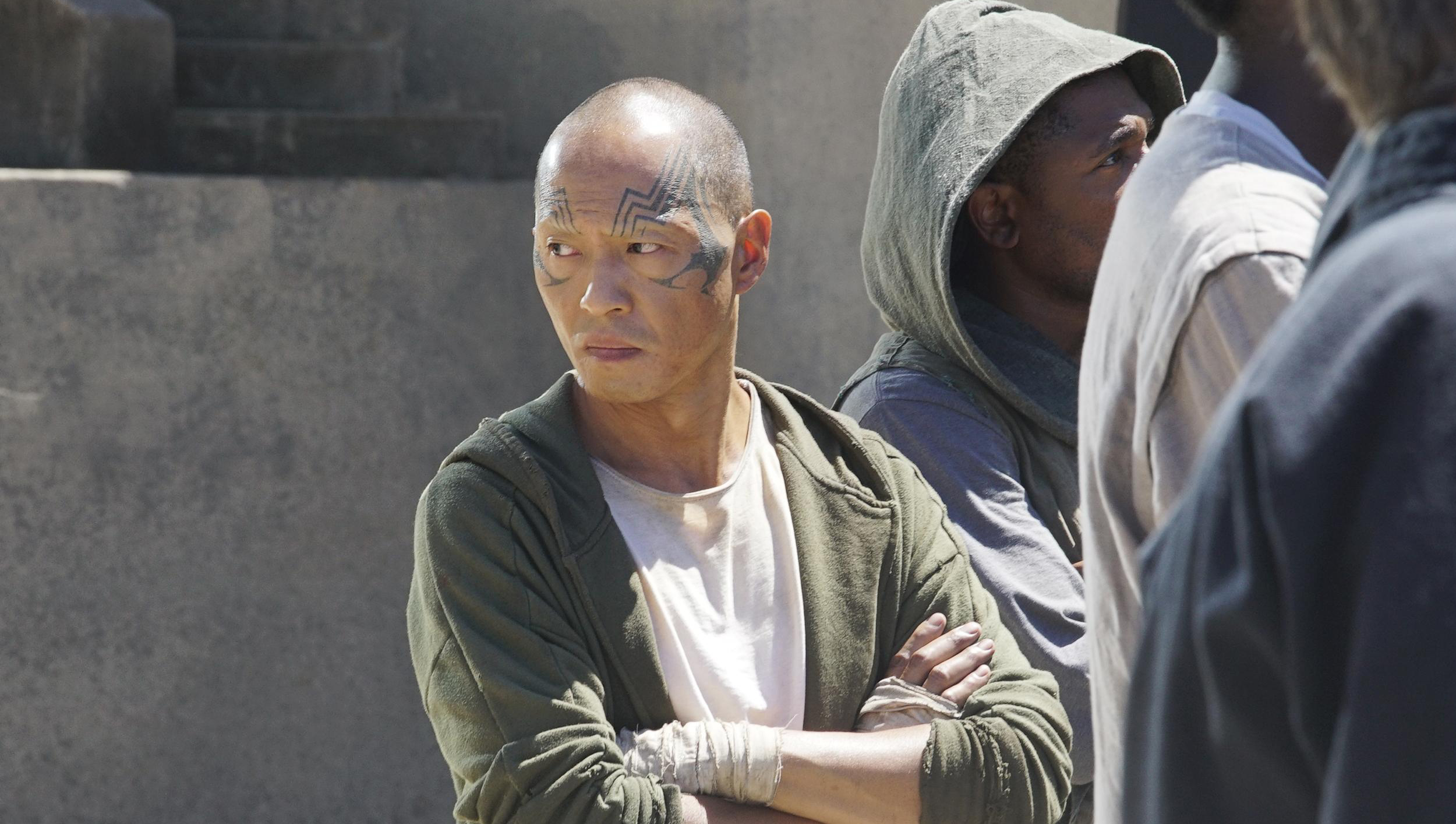 Well look what we have here. We actually made it to the Inhumans finale. Who would have thought it? Just a couple of months ago I was more than willing to shove my foot through my TV screen in disgust at one of the worst comic book adaptations in a long time and a total disgrace to all things Marvel. I was feeling pity for all those people who went and suffered in cinemas for the embarrassing IMAX experience. What an epic waste of time and money that was. And yet here I am having watched the likely final episode of Inhumans and I’m almost sad that it’s over. I think.

‘…And Finally: Black Bolt’ is a challenging piece. On the one hand it works great as a season finale, building on everything that has come before it and leaving some intriguing questions to answer in the future. Yet now we’re fully aware of the terrible reaction to the show and that it would need an absolute miracle to survive. So as a likely series finale it’s ultimately frustrating as we are left to guess what happens next. That future we are left to speculate about is one that we are highly unlikely to get a chance to see unfold and that is surprisingly disappointing. Inhumans is a show that had some issues along the way but I do genuinely believe it had potential and could do much better with a little time and nurturing. What a shame for all involved that they didn’t find their footing quicker.

The finale does a stellar job of combining the things that worked so well in the lead up to this last episode. For a start we see Medusa (Serinda Swan) going back to Louise (Ellen Woglom) and asking her for help. Their friendship may be the best thing about the show, so I was so glad she wasn’t just forgotten by the Queen. It’s a heartfelt reunion between two people that really shouldn’t get on but somehow it works and it’s that time with Louise that made Medusa into a better person, mother, partner and leader. That bit of humanity learnt in their short time together really had an impact which is ironic because she’s fighting against someone that wants to be anything but human. 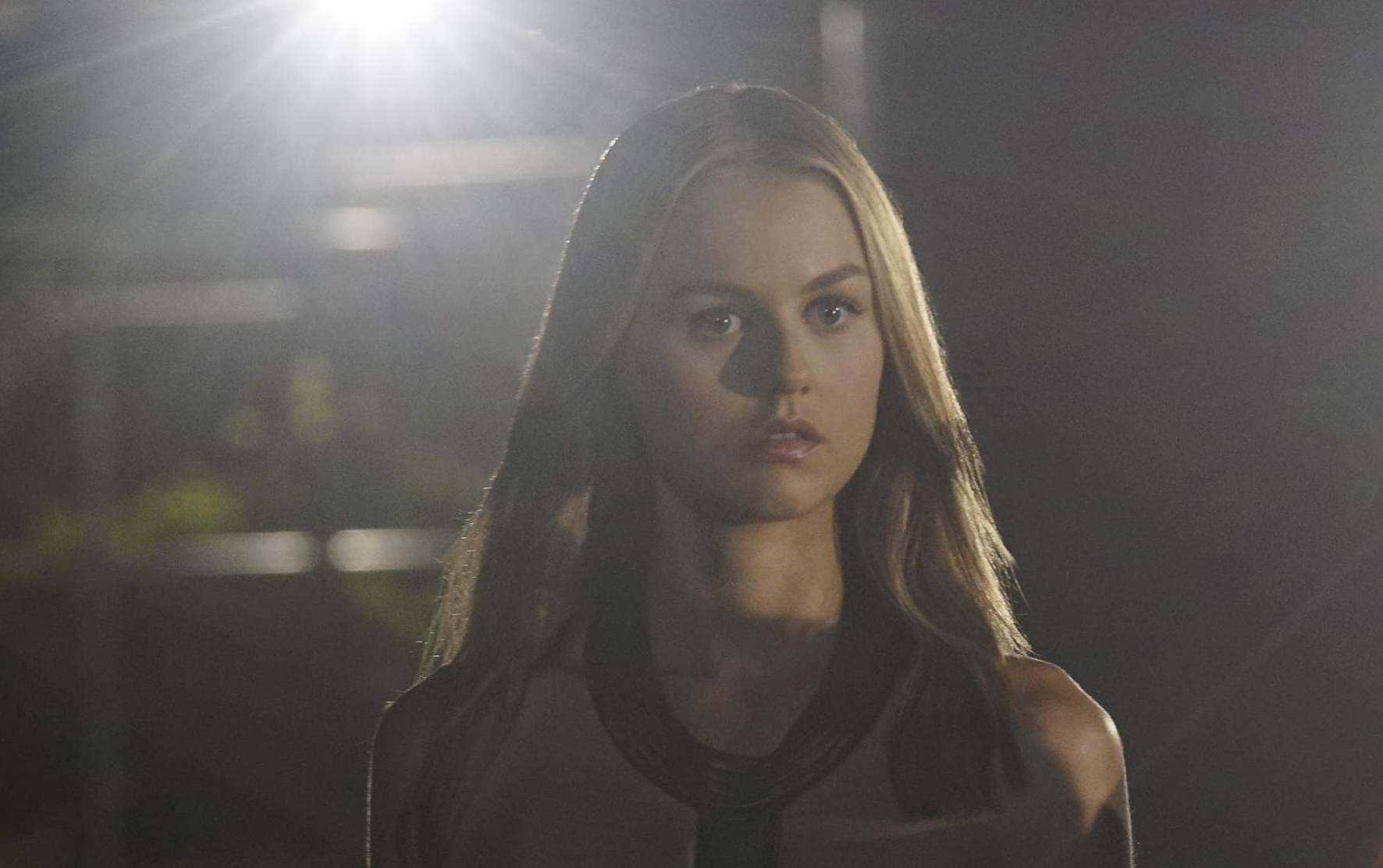 Poor Henry Ian Cusick doesn’t get a whole lot to do this week as Declan as he suffers at the hands of the recently returned Gorgon (Eme Ikwuakor) who isn’t exactly feeling himself. But who would after returning from the dead? It’s a tough situation because I do hate it when shows go back on deaths but we didn’t get nearly enough time with Gorgon and especially his bromance with Karnak (Ken Leung), so I can see the logic behind the decision. Sadly any happy reunion doesn’t exactly go smoothly as Gorgon struggles against his confusion and rage while Karnak feels guilty for the choice he made. Will he get his friend back eventually? We’ll probably never find out sadly, so let’s pretend they’re out there somewhere having a good laugh. At least Triton (Mike Moh) is around as a useful ally and friend and slightly more mentally stable than Gorgon.

Maximus (Iwan Rheon) takes further steps towards the brink and proves just how far gone he really is. Any hope of Black Bolt (Anson Mount) getting through to him is misplaced as this is a man driven by selfishness and greed now. He wants all the power and hasn’t a care in the world who gets hurt in the process. He is willing to bring the kingdom crashing down around him. We even get a terrible flashback showing how he manipulated his brother into thinking their parents had turned against him. He was the one that drove Black Bolt to kill his parents. The lies and deceit have been going on for years and Maximus’ greed is all that’s left now. Thankfully Black Bolt takes a page out of Medusa’s book and learns to be the bigger man. It would be so easy to resort to murder but instead he chooses to leave his brother all alone on the Moon. It’s a fitting punishment for a man who only cares about himself anyway.

Obviously it wouldn’t be Inhumans without some cheesy and slightly ridiculous moments such as a big talking head portal with a hilarious booming voice and another few terrible fight scenes. But that’s almost part of its charm now and it can get away with it because they’ve tightened up the rest of the storytelling and actually given us something worth investing our time in. Black Bolt and Medusa have made strides towards becoming characters we can actually get behind. Karnak isn’t dealing with his stupid love story distraction. And even though I’m convinced Lockjaw deserves more screen time, at least he got to be quite useful. Is there a future for this show or any of its characters? We’ll just have to wait and see. It’s been a rollercoaster ride for sure but well done to all involved for ending on a high. Goodbye for now Inhumans. It’s been emotional.