Oh Inhumans. I’m sat here feeling a little sad for what could have been after watching this week’s ‘Havoc in the Hidden Land.’ Why? Because it was actually pretty damn good. Seriously there were actually points during this episode where I was genuinely excited and getting into it. All the pieces were moving into position, the music hyping me up and the action exhilarating. It was a small glimpse into the true potential of Inhumans, the characters and what the writers could do with them. The balance of emotional interaction mixed in with solid (if not exactly spectacular) fight sequences made this the best episode by far. Yes the bar may have been set fairly low previously but this actually worked.

The main sticking point for Inhumans previously, other than the clear lack of budget, was always a complete lack of focus. Nobody needed to see the group split up on some weird holiday to Hawaii and not having a clue what was going on. Thankfully we moved on and the story looked at Medusa (Serinda Swan), Black Bolt (Anson Mount) and co getting back home to foil Maximus (Iwan Rheon) and his dastardly plans to rule over their kingdom. Even Triton (Mike Moh) gets back in on the action! I mean he looks completely ridiculous but he’s a pretty badass character so it was good to have him back on board. Having him turn up alive made Black Bolt seem a little more intelligent with his planning, even if it did make Medusa question his honesty.

That was an ongoing theme this week with Medusa having a real change of heart in regards to how they’ve treated people back home and what kind of message they’re sending with their behaviour in recent times. It’d be all too easy to storm home and take control with force and use their powers to destroy but she now feels as if their approach needs to be a little different. Whether that’s the influence of Louise (Ellen Woglom) in recent episodes or something else, who knows? But at least Medusa’s time on Earth seems to have served a purpose, making her into a far more likeable character. Here she finally felt like someone we could get behind by choice rather than being forced into it. 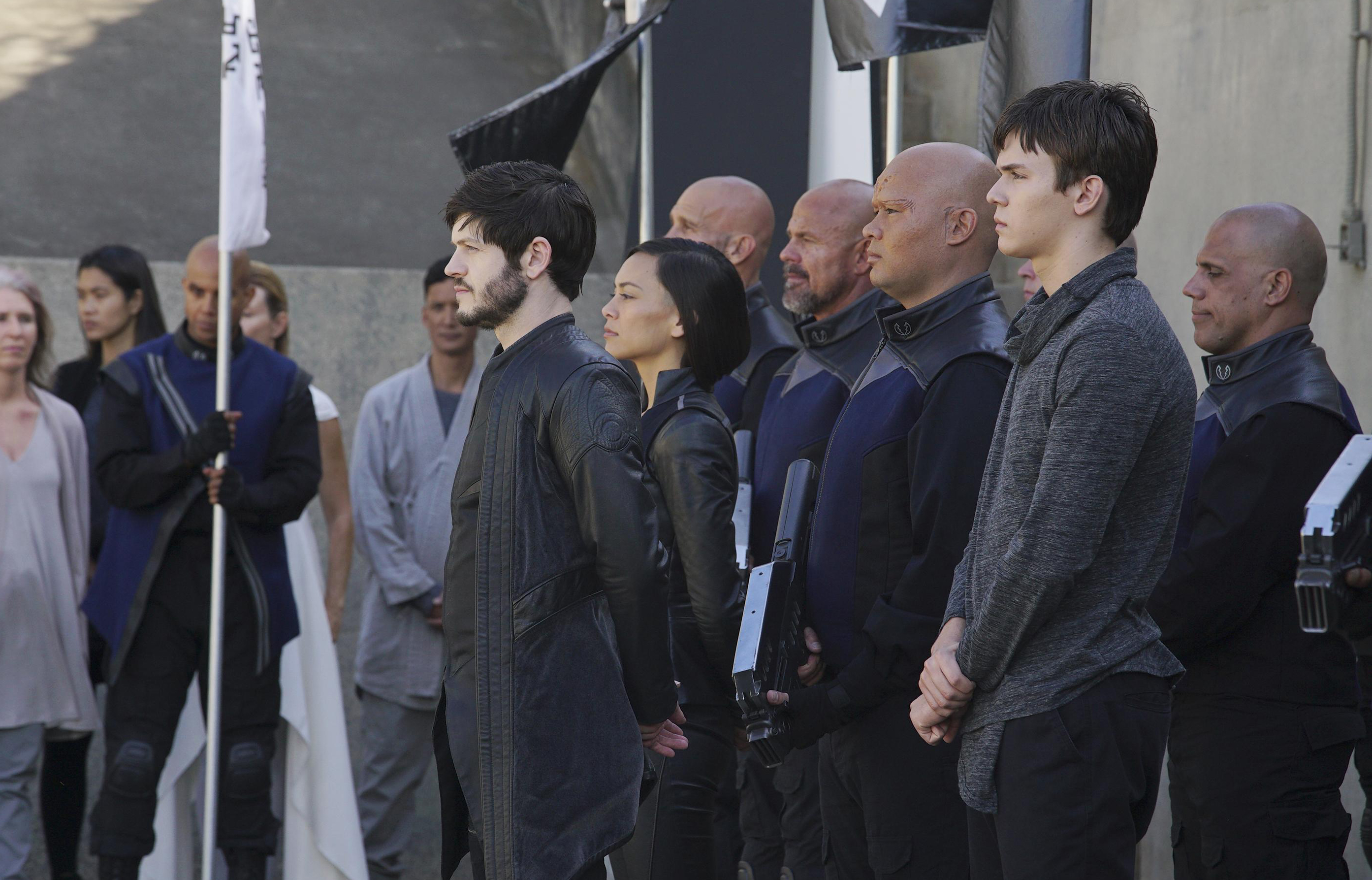 Once they got home it was all about their method to deal with the Maximus problem. Do they go in all guns blazing? Do they try and reason with him? A little bit of both in the end. He clearly had no interest whatsoever in reasoning with them, but they likely knew that. That attempt at negotiating was enough to give a better impression to their people and plant seeds of doubt in anyone considering following Maximus. I think we all knew this situation wasn’t going to be resolved with a few choice words and a hug so it wasn’t surprising to see it develop into something slightly more physical eventually. Triton got time to shine by kicking Maximus around and Karnak (Ken Leung) got a chance to use his powers again to fun effect. It was hardly mind-blowing stuff but by Inhumans standards it was enjoyable.

Karnak didn’t spend the whole time doing fancy flips however. A lot of his time was spent wondering how to bring back Gorgon (Eme Ikwuakor). I question bringing people back from the dead so quickly but Gorgon is pretty awesome, and we didn’t get to see enough of his friendship with Karnak, so I don’t mind too much. However he seemed pretty messed up at the end when he faced up to Evan (Henry Ian Cusick), so who knows what version of Gorgon we get now. Nothing is ever simple is it? Evan’s got enough questions now he’s off Earth without having to deal with people coming back from the dead. Things aren’t looking too rosy for his future.

With a story more focused on Attilan and the people, Inhumans did a good job this week of juggling all its different parts. The characters feel more multi-layered, their conversations are actually bordering on interesting and relevant, and their actions aren’t completely ridiculous. Maximus is clearly a far more cerebral man than physical, while the differences between Medusa and Black Bolt make for an intriguing relationship. Even Crystal (Isabelle Cornish) and her yearning for all things Earth gives something important to the show, even if Lockjaw continues to be criminally underused. Credit where credit is due – I’m actually quite looking forward to the finale next week now.