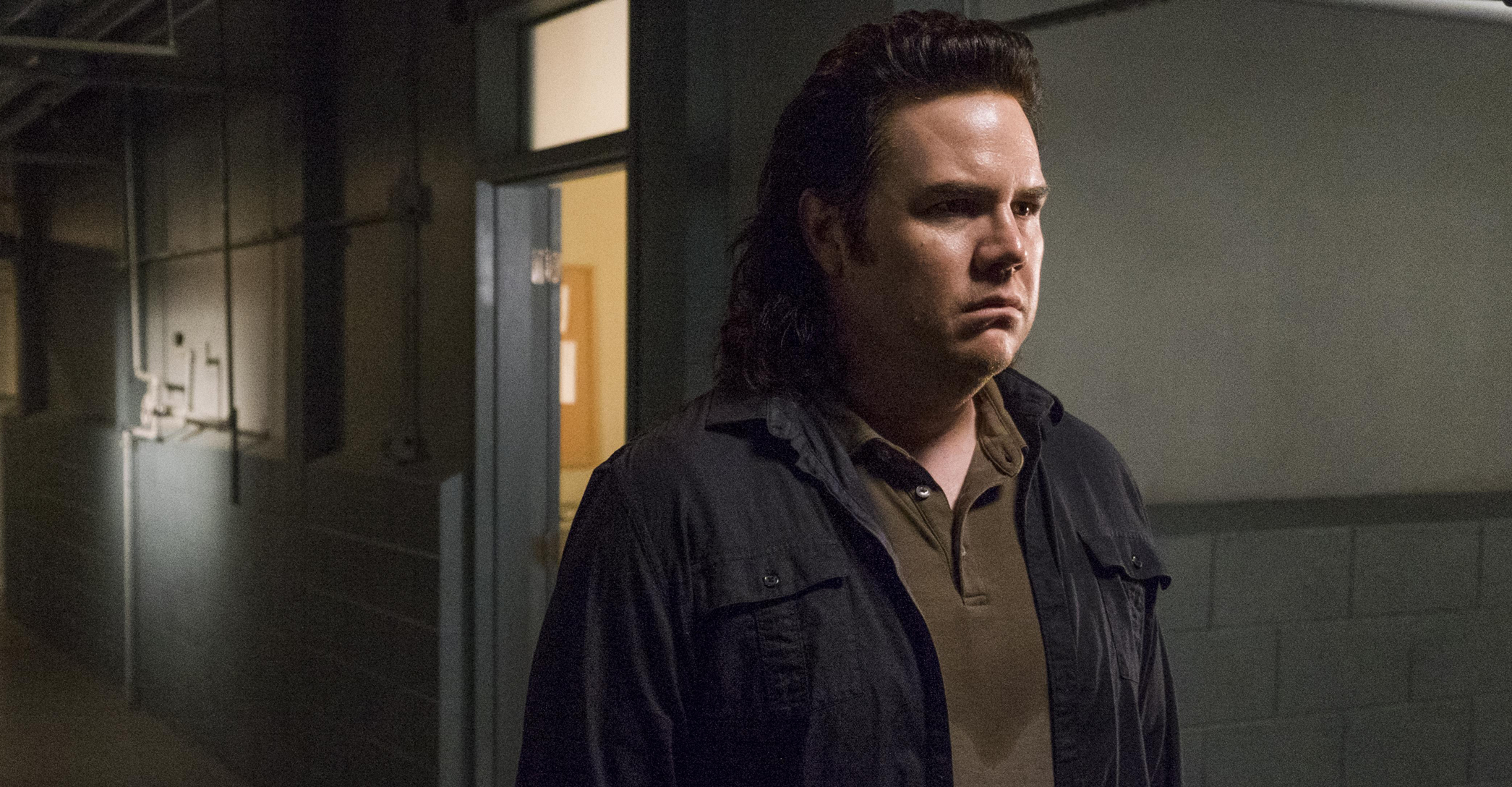 Imagine if you’ve never seen The Walking Dead before and you’re just flicking through channels trying to find something to watch. You end up on Fox on a Monday night and suddenly there’s this strange woman taking photos of a man in his underwear. This man appears to have been trapped in a box of some sorts. You might think it’s some weird kinky sex show or a situation comedy or any other number of things, but NO! This is The Walking Dead, a zombie apocalypse show. So of course our lead Rick (Andrew Lincoln) is down to his boxer shorts. Why wouldn’t he be? Of course the fun doesn’t stop there. If you were lucky enough to stick with the episode for a while you even get to see him fighting zombies in his underwear!

For me that was the final moment I needed to genuinely confirm that the writers don’t care anymore. That their ideas have actually completely run out and that they’re just having a complete ball now. They actually get paid for this stuff! It was bad enough seeing the RPG last episode but Pants Rick just about takes the biscuit this week in ‘Time for After’. Maybe it’s time we started watching The Walking Dead in a different manner, not expecting any serious developments or decent storylines but instead tuning in just to see what ridiculous thing they do next. That might actually turn it into a half-decent watch. Next week Daryl (Norman Reedus) rides around naked on a bike and everyone runs out of bullets so they run around shouting BANG BANG BANG instead. Probably.

I accept that I’m too far gone at this point. That my love for all things The Walking Dead has been eroded to such a point where I’m a cynical mess now and it’s going to be very difficult to get me back from this darkness. Even the Eugene (Josh McDermitt) developments didn’t really grab me and that’s no fault of McDermitt. In fact he was absolutely exceptional in his role this week, far better than the show deserves, but we’ve been messed around so much here, there and everywhere that it’s so difficult to appreciate the good parts. Mostly because they’re so few and far between and often happen to characters you just don’t care about. So Eugene’s relationships with Negan (Jeffrey Dean Morgan) and Dwight (Austin Amelio) are slightly more complex than we originally envisioned. It’s hard to tell whether they’re delaying the inevitable or if the writers actually have taken a different direction to what we expected. Only time will tell and sadly that involves more waiting. 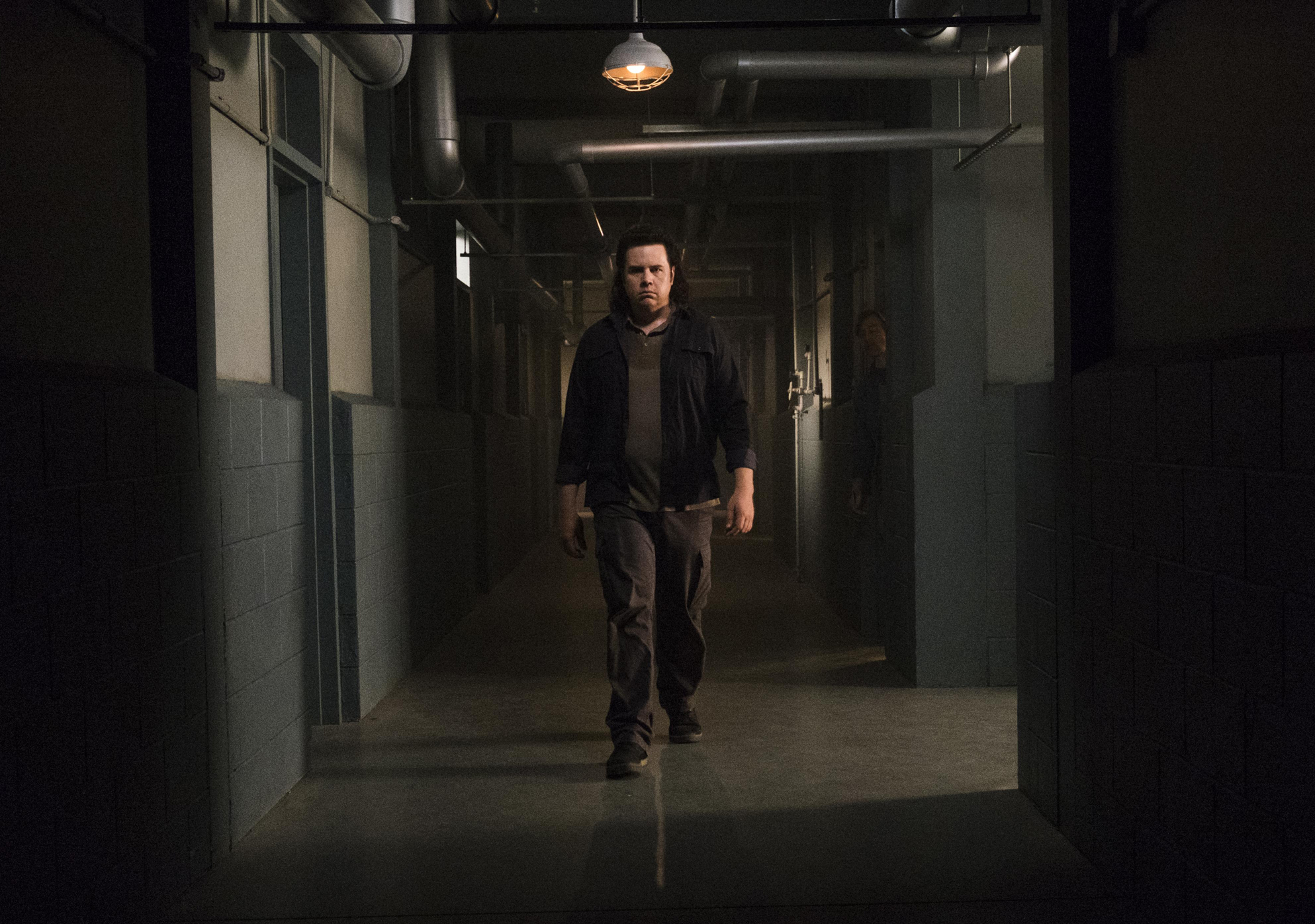 Going back to Pants Rick and his stupid moves with Jadis (Pollyanna McIntosh) – what is he doing? Seriously. It’s bad enough that he’s gone back to her when she’s completely irritating but is he actually as dumb as he seems? Is this some weird power play to get her on side? It’s ridiculous. There’s no other word for it. I’d rather take my chances with death than have to spend a moment of my time with that weirdo. She’s more annoying than a Carl episode. Also falling under the annoying umbrella is the whole crashing van scenario which just left me shaking my head. But hey, at least they had a few guns. We like guns. Guns have had infinitely more screen time than Negan.

Unsurprisingly this week was more about getting into the right position for the mid-season finale. We can only assume that things will actually happen then as that’s usually one of the few episodes a season they actually bother to put some effort into. Ideally it’ll just be a 90 minute Jerryfest because Cooper Andrews + weapons = clearly the best thing about The Walking Dead. Stop messing around with a bazillion guns where you’re missing everyone and send your main weapon in! With so many characters to fit in I’m sure some will get short changed but it needs to be a strong enough episode to make us want to return next year and that’s going to be a hard sell for many.

I’ve been asked a few times why I still watch The Walking Dead if I hate it so much. It’s because I never used to hate it, I don’t want to hate it and I’m often hopeful that they’ll realise the talent they have on board and utilise them properly. At this point I would love for them to announce an end date and at least have a solid vision of where they’re going and how they’ll wrap up the show. That could do it wonders and not keep stringing the audience along because at the moment they have far too much going on. Focusing on characters like Eugene is a good idea and I’d love to see more character development, but because there are so many there are always ones that miss out. Let’s see what they’ve got for us next episode then. I just hope they realise they’re on thin ice with a huge chunk of their audience.