Studio Ghibli has always been renowned for its cinematic animated movies. The scale of Howl’s Moving Castle and scope of Spirited Away can be appreciated best on the big screen. Their first television series, Ronja, The Robber’s Daughter, is therefore met with excitement. How will they adapt and change their style to suit the small screen? Directed by Gorō Miyazaki, unfortunately, his first credit was the dismal Tales from Earthsea; an outlier in the Ghibli canon as it lacks the depth, beauty and intelligence of Ghibli’s majority of films. Ronja, The Robbers Daughter, set within a fantasy medieval world, does feel similar to Tales from Earthsea. Thankfully, the series has more to offer.

As the title explain, Ronja is the daughter of a thief. In a world fraught with danger, she also has to grow up and see that not only is evil hiding in the woods outside but her family take things that don’t belong to them. Furthermore, other groups exist and they share a history and connection with her family too.

The opening credits, as Ronja sprints through the woods to a catchy pop song, capture the joy of the series. This underlying beauty of nature that fills the environment is lush and created in exquisite detail. Initially, the episodes are focused on Ronja’s growth and understanding of the world around her. Episode 1 charts her birth under a storm cloud; Episode 2, as a toddler, the robbers are all besotted with this cute baby; Episode 3 is when she, at the age of 10, begins exploring the world. She runs free into the forest and loves everything about it. She races down the road and chuckles at the waterfall and critters that creep around the woodland. Her zest for life is infectious and you cannot help but be swept up into her excitement. 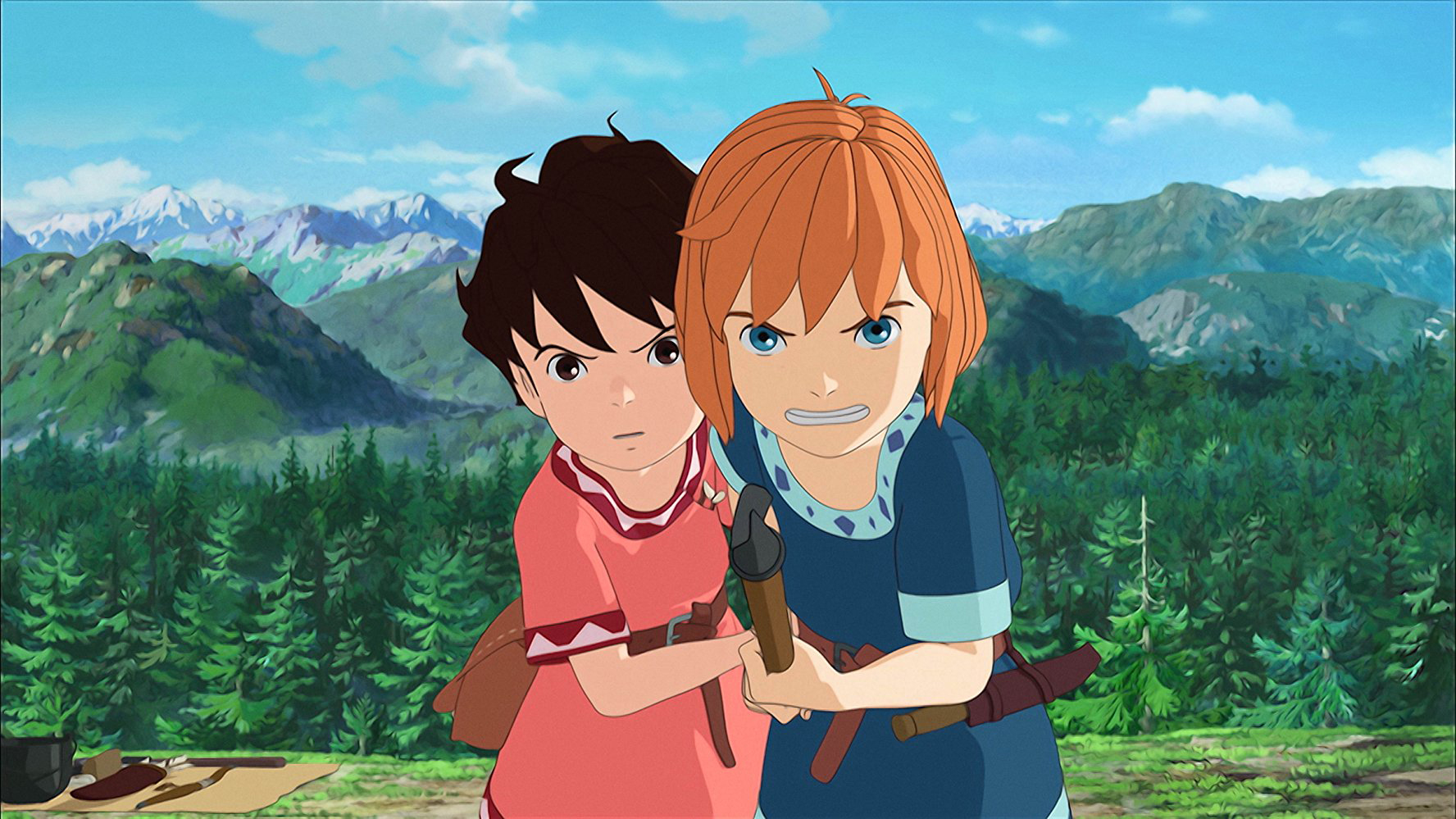 But, in this mysterious world, danger lurks. In the first episode, a harpy descends on the castle on the day Ronja is born: these are eagles with human heads. Their claws sink into the wooden frame of the castle and release deafening screams into the night skies. This family story, that begins so innocently, slowly becomes more sinister. The music and songs are likeable and fun. They may not be worth hunting down the soundtrack for but they merge well with the action on screen. For example, when Ronja’s mother sings to her, we see a montage of the woodland while they all sleep. It is a sensitively handled moment that creates a peaceful sense of calm to this episodic story. 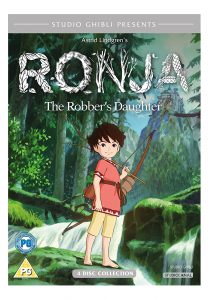 The computer-generated cell-shading is sometimes an odd fit, with the hair of characters firmly fixed into place as they move. Inevitably, in the context of a series, this becomes less of a concern as the episodes play out. It is clear that small details – a hand reflected into water before being plunged in; the variety of differing hairstyles, etc – are what give the show a unique edge. In the same manner Gillian Anderson narrating the tale, with Rufus Hound and Adrian Edmondson providing voice talent, are clearly not comfortable with the dubbed English script, but they give it their best.

Ronja, The Robber’s Daughter is not a home run for Studio Ghibli. Compared to their impressive cannon of movies, this would sit on the lower end of the scale. But it nevertheless brings a refreshing style and interesting story to the table that will retain your interest. Though it may not be top tier Ghibli, even lower ranking Ghibli pieces are worthy of your time – and Ronja is no exception.

Ronja: The Robber’s Daughter is out on DVD and Blu-ray now.