I must be having a good week because I actually didn’t dread watching Inhumans this week, unlike The Walking Dead. It might come down to the fact that Marvel’s show has never reached the heights that the zombie show has, so expectations are pretty low. I feel like I know exactly what I’m going to get with Inhumans these days. It’s something that suffers from a lack of budget, unable to let its supposedly powerful characters free to unleash the one interesting thing about them. It almost reminds me of a lot of Heroes in that so many battles took place behind closed doors and we were just treated to noises and a few flashing lights. And look where that show ended up!

I’d complained previously about the pointlessness of Karnak (Ken Leung) and his storyline which just seemed to be ignoring any potential peril and having sex with Jen (Jamie Gray Hyder) instead. Good for him I say. No, in all seriousness it never felt like that part of any episode fitted, and thankfully the writers decided to bring everything – well, mostly everything – together this week in ‘Something Inhuman This Way Comes.’ We got to see some flashbacks to Karnak and his tit-for-tat friendship with Gorgon (Eme Ikwuakor) back home. It’s the tiniest glimpse of these two together but it works enough to make us care when they come back together, where before I really wasn’t that bothered about anything Karnak did. Don’t get me wrong, he’s still at the bottom of the pile in terms of characters I’m interested in, but at least they tried to give him a point this week. 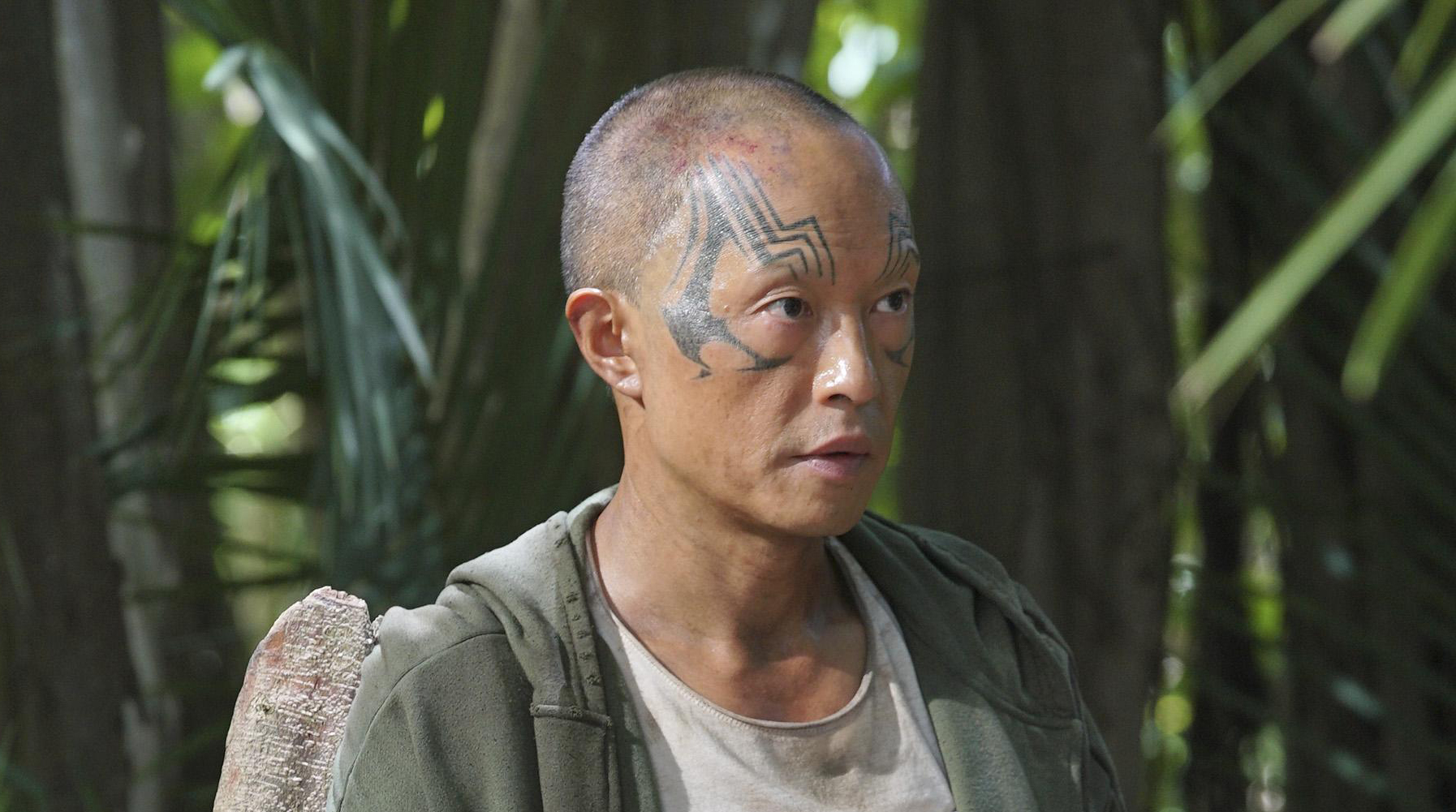 With Black Bolt (Anson Mount) and Medusa (Serinda Swan) back together, we didn’t get quite as much of the humorous dynamic between the Queen and her new friend Louise (Ellen Woglom), which was a shame. Instead this episode was about them finding Karnak via the newly kidnapped Locus (Sumire Matsubara) and her echo location skills. She may have cooperated but she certainly wasn’t going down without some choice words for the Royal Family which led to Louise questioning exactly what their behaviour was like before. It goes back to the fact that neither Bolt nor Medusa actually seemed like likeable people at the beginning, though presumably we’re meant to see their development on Earth into better people. That’ll be hard to do when it’s only going to exist for eight episodes.

Karnak’s weapon skills were mildly impressive this week but nothing on Jerry from The Walking Dead. I almost wish they weren’t in Hawaii because it keeps making me think of Lost which is my favourite show ever, and Inhumans even breathing the same air space is offensive. It’s strange that Agents of SHIELD can do drama and fight scenes so well, yet Inhumans suffers from sub-par efforts that make direct-to-DVD action movies look like Oscar contenders. And when you’ve got a show like The Punisher debuting on Netflix, it puts this to shame even more. This feels like a show that would have been half-decent back in the 90s at a stretch. It’s so hard to invest in something when you don’t feel like the payoffs are worth it, especially when so many things are treated like shortcuts. Should we care about Medusa’s hair or them being overthrown when we have no relationship with them at all? I certainly don’t.

With Karnak done with his ladyfriend and carrying on his bromance with Gorgon, it’s left to Crystal (Isabelle Cornish) and our beloved Lockjaw to pick up the pointless romance slack. She demonstrated Lockjaw’s teleportation powers to Dave (Chad Buchanan) and then they spent some nice time on the beach together while our doggy chum had to sit by himself in the woods. That doesn’t really seem fair does it? He’s one of the few that actually gets to use his powers and he’s rewarded with a disappointing storyline and only used to get another character round the island. Lockjaw deserves better! Hopefully he’ll get a chance to do something exciting in the next few episodes but I’m not holding my breath. 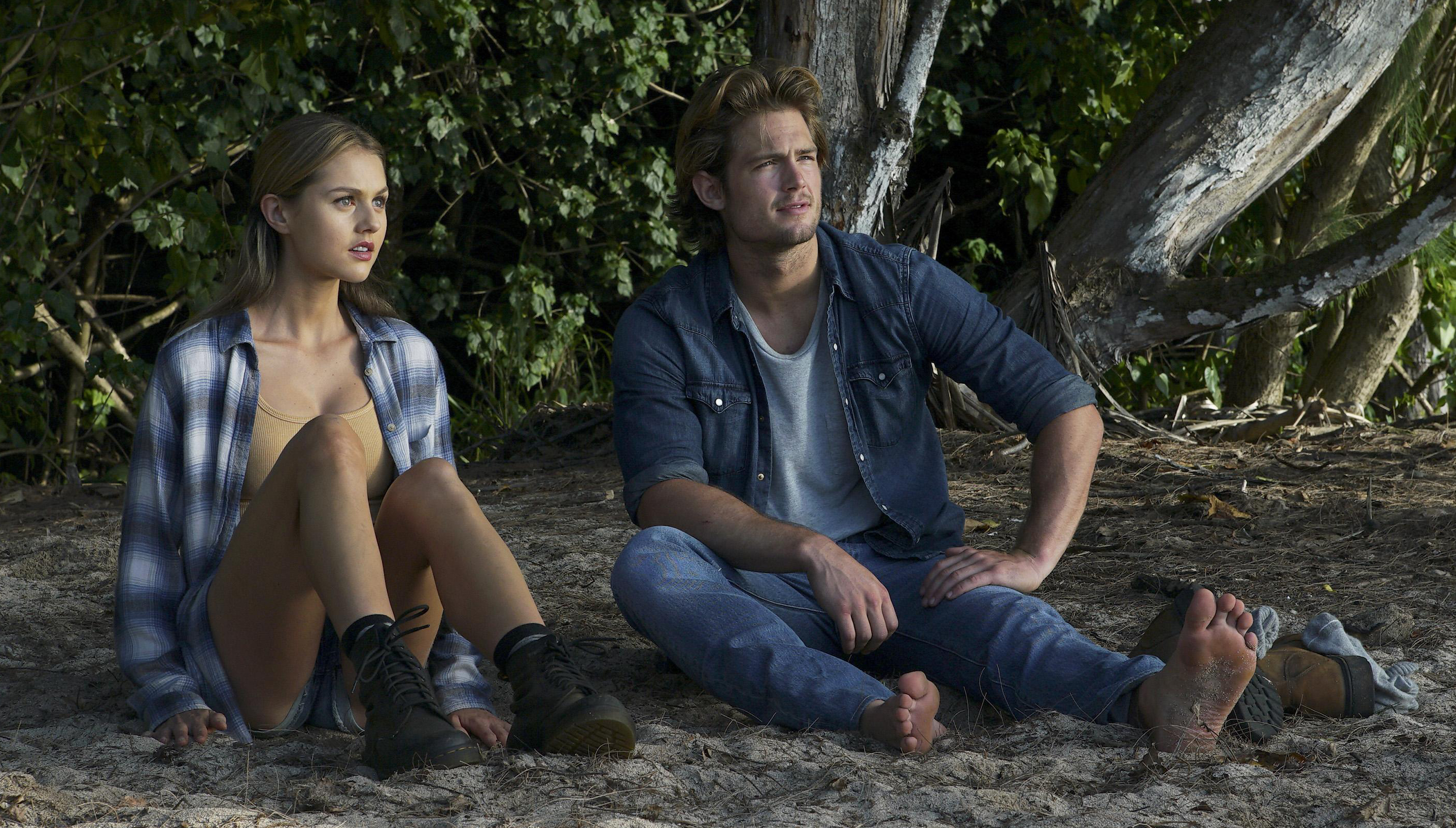 Maximus (Iwan Rheon) didn’t get a whole lot to do this week, slowly controlling his pieces on Earth and trying to bring them all together. The comments from Locus regarding destiny were interesting and they gave a slightly different spin on the treatment of everyone back on the Moon, but on the whole it’s still pretty tough to feel anything for anyone. Even Henry Ian Cusick was criminally underused as Evan Declan, although his character is quite important in exploring the Inhumans and their capabilities.

So what did we learn this week? Mostly that we don’t need stupid relationship angles and the sooner they iron those out the better. At least we’ve dragged Karnak away from his sexy distraction now. He’s much more suited to Gorgon. Now all we need is Lockjaw to use his powers to make Dave disappear so we don’t have to listen to his terrible dialogue when he’s talking to Crystal. And don’t even get me started on Mordis (Bridger Zadina) because I don’t even have the words. Is Mordis meant to be funny? I can’t tell. It’s like someone watched Deadpool and then got it completely wrong. But then that’s what the majority of Inhumans feels like most of the time. Some great ideas but they’re terribly executed. I’m hoping ‘Something Inhuman This Way Comes’ was a stepping stone to something better but we’re desperately running out of time.