A fitting finale for season 1 of Legion, the team work to finally free David from Shadow King’s control, while s/he fights to free themselves from inside his mind. It’s a thumping, shocking (there is a pun there) and thrilling episode of Legion, though parts of the intro have me wondering: why now?

Eight episodes is quite a short amount of time in TV storytelling world. Even short British sitcoms and limited series often head closer to ten. For Legion, which is telling a smaller story, at least in its freshman season, it actually feels like they could have gotten to the conclusion faster, perhaps in six episodes. But, with the nature of this show and its style, you get the sense that nothing is shown to fill time. And undoubtedly what appear to be throwaway shots in the series now, will cycle back in a later episode.

Along with this finale wrapping up some of the plotlines we were so clearly heading for, we get a somewhat odd addition at the start of the episode with the return of Hamish Linklater’s The Interrogator. He’s very good in this role, but why we see his backstory and the choices made about his character’s life seem odd and left open. Can we assume he’s going to be featured more heavily in season 2? Only time will tell and it’s really not the most important part of the episode. 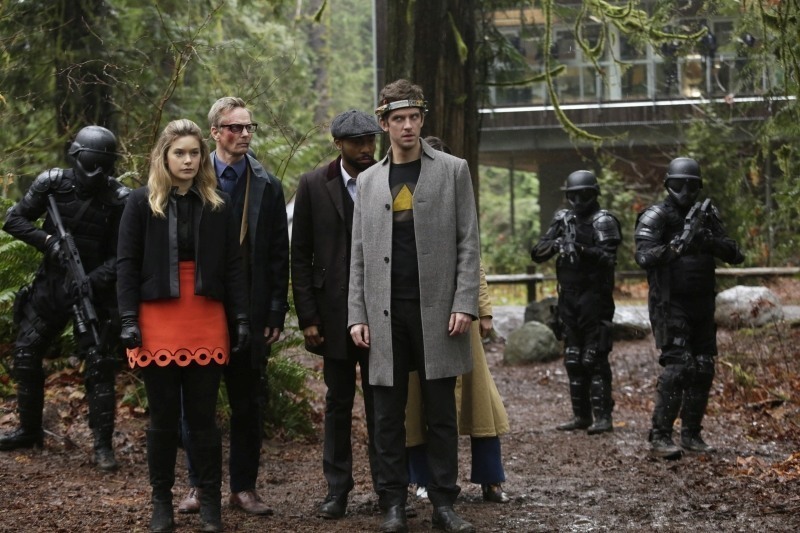 As a reboot of the superhero genre series, pacing the well-worn halls of the origin story, Legion is a big success. It’s one of the most engaging shows, making the most of the fantastical while carving out a niche for its thriller/horror meets psychedelic style. If we’re going to make a comparison, and by its nature this invites it, Legion does for superhero TV what Deadpool and then Logan did for superhero films – it broke the mould. Not only that, it paid off. Sure, it might have more in common tonally with Watchmen, but it’s not inaccessible in the same way that Watchmen was for some – in part because Watchmen relied so heavily on recreating the source material. Legion is an original with clear nods to the comic books.

Dan Stevens holds this show together. As protagonist David he is engaging and interesting. Whether he’s strangling himself, slowly being infected by a mental parasite or nervously flirting, you can’t help but adore him. Similarly, Aubrey Plaza as Lenny Busker/Shadow King is fantastic and this eighth installment gives her creepiness time to shine while going fully comedic horror in other key scenes – by which I mean her Beetlejuice-esque moments.

Rachel Keller as Syd Barrett, David’s love interest, is sweet and determined. She lends a balanced, flawed human element to the cast of characters. Ptonomy (Jeremie Harris) can seem one note at times, but he definitely has layers and is one of the only characters who is actually ready to gun down an enemy. We do get a snapshot of his childhood and his mother’s death during one episode that makes him more real. 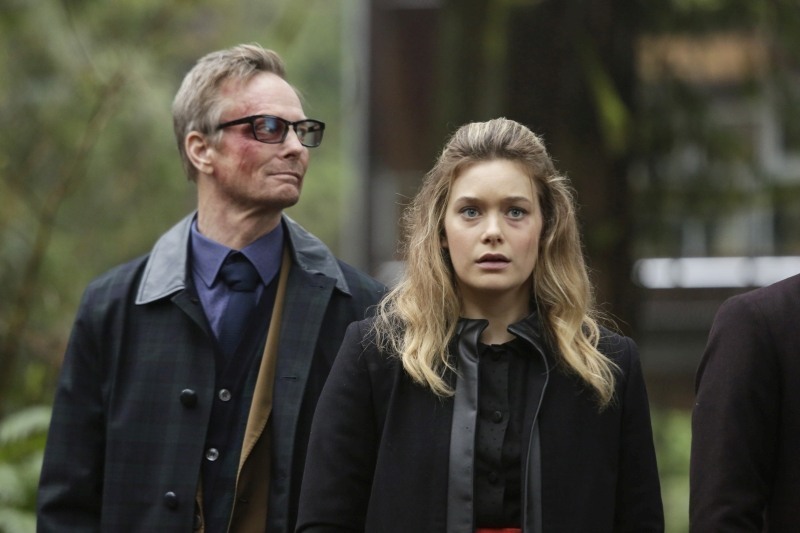 The power of this series is in its diversity of characters, especially based on their dynamics. Themes of identity, individuality and dependence are explored in broad strokes and more minute detail. On the more nuanced side, nothing is more captivating than Cary and Kerry Loudermilk, played by Bill Irwin and Amber Midthunder respectively. A moment of pause for the surnames Loudermilk and Midthunder, such great names. The co-dependence of Kerry and Cary is only one sub-plot in the series, but we’re introduced to the aspects of their relationship in impactful doses. I can’t wait to see what happens with them both next season.

Melanie Bird, played well by Jean Smart, is one of the characters, like Ptonomy, that I didn’t connect as much with. She’s heartbroken over her lost husband, Oliver, played by Germaine Clement. She’s picking up the pieces with the group of mutants he assembled and struggles often with giving them direction. She’s cautious, not a risk taker, but other than her doe-eyed thoughts of Oliver we don’t get much more of her character. Similarly, Oliver has a lot of conflicting traits that don’t mesh with the other characters, perhaps on purpose as he’s been locked in a mental ice cube for numerous years. But we don’t get a lot of the why of his character or development of his traits. For all these characters, there is much room in season 2 to delve into their backstories.

Suffice to say Legion is a great show, completely unique and wonderfully entertaining. If the set ups from this season are any indication, we’ve started the show engine running and now it’ll screech into faster-paced action and adventure. Also, curse the Norse Gods, because these Marvel characters have just got to have that end of credits scene to make us jump with delight and shock. Stay tuned and don’t miss it!