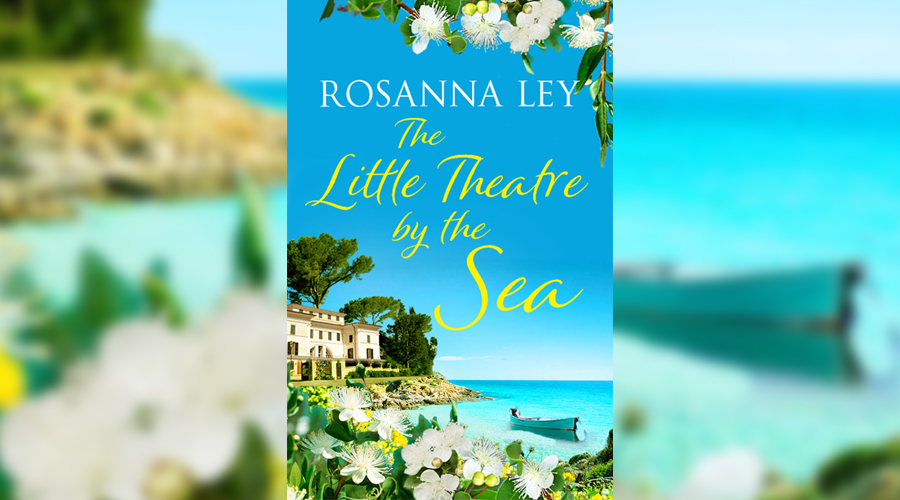 We’re creeping ever closer to summer and if you’re searching for a warm and exotic book to feed your need for escapism, The Little Theatre by the Sea is exactly the type of story you need in your life right now. Rosanna Ley’s sixth novel is entertaining, engaging and perfectly evocative of simple Mediterranean life. It’s a tale of family, secrets, love and new beginnings that delivers much more than the synopsis suggests.

Faye Forrester has just completed a degree in interior design when she gets a phone call from her old college friend Charlotte in Sardinia, offering her an opportunity that comes at exactly the right time. Jobless, single and with no plans for the summer, Faye jumps on a plane to the Italian island to clear her head and house-sit for Charlotte and her hotelier husband. Yet recharging her batteries isn’t the only reason Faye agreed to the holiday; there’s also the possibility of freelance work in the form of an old, rundown theatre that’s in need of restoration.

Intrigued by the prospect of the ambitious design project, Faye meets with the brother-sister pair who own the theatre by the sea, Marisa and Alessandro. Yet it soon becomes apparent that the project isn’t as simple as Faye initially thought. Not only does the occasionally prickly Alessandro seem reluctant to make any changes to the theatre – despite wanting it renovated – but there’s also a dispute over who actually owns the theatre, causing more than a little bad blood amongst the villagers.

To the people of Deriu, who still live by simple island traditions and Sardinian customs, Faye is the English outsider who’s trying to turn their beloved theatre into something it’s not, and until the dispute is resolved, Faye is unable to get on with the restoration. To complicate things further, the village seems to be wrapped up in old secrets and mysteries, which even Marisa and Alessandro are reluctant to reveal. Add in the obstacle of Faye’s growing feelings towards olive-skinned lothario Alessandro, and she begins to wonder if she’s in over her head.

“If Charlotte had mentioned the words confrontational, campaign and petition to her before, she probably wouldn’t have come. She was here to relax, not get involved in a war with the townspeople of Deriu.”

With beautiful descriptions of the Mediterranean scenery, culture and delicious local cuisine, The Little Theatre by the Sea instantly transported me to Sardinia. I could feel the warmth of the sun and smell the sweet scent of flowers. This is feel-good reading at its best, but to bill it as a pure holiday book does a disservice to the story and the characters; there’s history, heart and small-town tradition embedded in the book. Ley has captured the old-style Mediterranean way of life perfectly – everything from the little old lady dressed head to toe in black, to the men huddled around a table playing dominos.

Whilst Faye is discovering a possible new beginning for herself in Sardinia, her parents are potentially coming to the end of their marriage back in West Dorset, which lends an emotive family element to the story. Faye struggles to come to terms with the fact that her parents’ seemingly perfect marriage wasn’t so perfect after all, and Ley cleverly draws parallels between Faye and her mother’s situation, exploring how secrets can cause gaping rifts and push people apart.

A sneaky little twist towards the end of the book comes as a nice surprise, adding yet another layer to this well researched and authentic story. As Rosanna Ley has proved with her previous books, Last Dance in Havana and The Villa, she’s perfected the recipe for a sun-soaked, romantic and escapist read, and it’s one that’s best enjoyed with a view of the sparkling sea and a glass of crisp white wine in hand.