Either Legion’s sixth episode is there to save on budget and we’re going to get an awesome action packed final two episodes of season 1, or it’s the show’s version of a standalone episode – which just doesn’t work. Don’t get me wrong, this is still a decent episode of Legion and the different storyline parts are interesting, but the initial two thirds of the episode could easily have been cut to 15 minutes, leaving much more time for the far more enticing final act. It’s a good idea with a C grade follow-through.

There has been a real sense of experimentalism to Legion. It is carving its own type of TV superhero story, distinguishing itself not just in network but tone and style. It’s got a more indie touch, avoiding the flashy costumes and power poses that we see in Supergirl and The Flash. There isn’t a monster or issue of week, and everything (mostly) is part of one season long story arc. The problem is that it’s a show about a mutant – a superhero – and after 6 episodes I’m craving some actual action and superpowers.

Set in a version of Clockworks, as shown at the end of episode 5, all our main and side characters are here, including The Eye for some reason. Lenny/Yellow Eyed Man acts as the group’s therapist and that’s the premise of the episode. Even if I attempted to spoil the plot, it would be hard to achieve as there’s really so little that strikes me as worth mentioning. 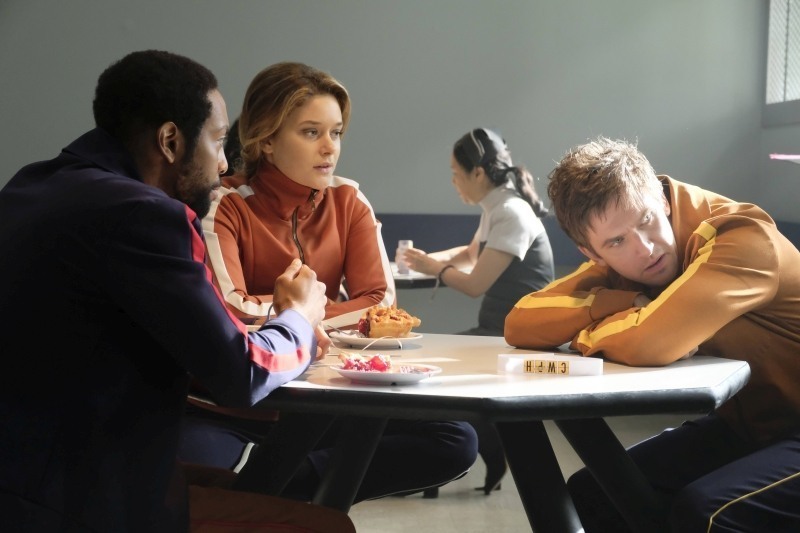 There are scenes that inspire intrigue, snippets like we’ve seen with David, of other characters backstories. Unfortunately, there isn’t enough time spent on them here to do them justice and make them seem worthwhile. Instead we get parts of these plots which are unlikely to be resolved in the last two instalments. I want to love Legion more, and for it to live up to the promise of the premiere, but it’s getting harder with each passing episode. Yet, no matter how unimpressive the episode is, the final act always pulls me back in and demands I tune in the following week in case it goes back to being brilliant again.

You could argue that this single space episode intends to let us spend time with the characters in order to gain a deeper understanding of their motivations. Except we don’t learn anything new, only the same core personality traits again. Every character is a watered down version of themselves, which is worse considering the dulled versions in the previous episode. Lines are repeated and many of the scenes are the same or similar to ones we’ve already seen; it’s tiring and unnecessary.

Now, I can understand that at times these echoes are intentional – callbacks after all are nods to the audience’s knowledge, creating links between moments. But these still have to be done well. 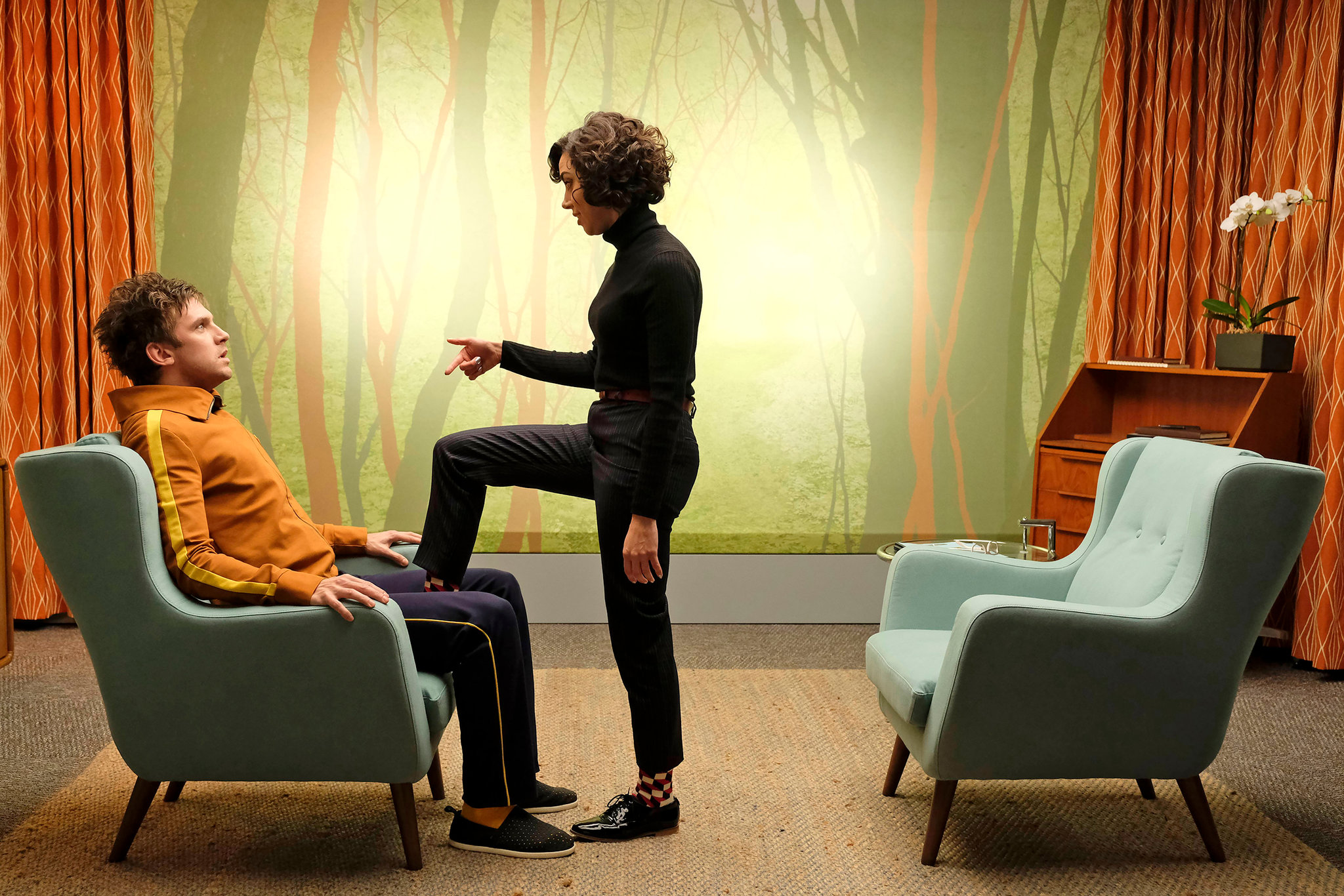 Standalone episodes like this one only work when they offer something different to the rest of the series. In a show like Supernatural, the focus is on a darker mystery, with a brooding ‘fighting the monster’ repeat template. Within each season though, this seriousness (because it’s meant to be taken seriously) is balanced with over-the-top comical episodes, like when they find out they’re in fan fiction or get stuck in a groundhog day scenario. Legion has an overarching mind-warp meets superhero horror vibe. There are only very rare instances of humour, which would lead one to think that an episode like this would invert the frequency of these elements. This should be majority funny with dashes of weird. We get the latter, but never the jokes.

Overused is a word I’d most associate with this episode. It all seems overused because we’ve seen it before. From Lenny humping objects and licking David, to Dr Bird saying: “Yes, my love”, to the diving suit figure. If these were flashes, fine, but there are whole scenes based around this and it goes nowhere.

The last two episodes must reach some kind of climax and hopefully we’re heading for some decent revelations and resolutions in our final act. With any luck the next two episodes will be much more action packed and, with news of the season 2 renewal, we’ll get more adventuring and superpowers next season.