Book Review: A Line Made By Walking by Sara Baume 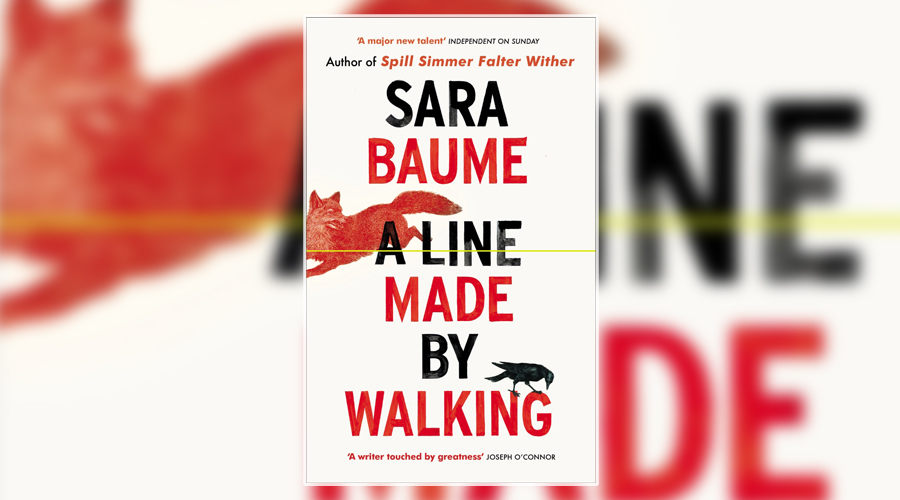 Sara Baume’s 2015 debut novel, Spill Simmer Falter Wither, went on to earn critical acclaim and many accolades. I unfortunately didn’t get around to reading it but based on the hype, was very keen to read her latest, A Line Made By Walking.

The story revolves around a 25-year-old artist, Frankie, who moves from Dublin to her recently deceased grandmother’s bungalow after she agrees to take care of it until it’s put up for sale. She is depressed, uninspired and disenchanted with the art world after leaving her dreary job in a Dublin art gallery. Her true purpose for retreating to this secluded countryside house is to recalibrate her priorities and to try to break her downward spiral without any distractions.

Frankie’s days consist of endless afternoons filled with TV programmes, radio and news, all of this punctuated by her musings which range from introspective to philosophical. Her ruminations give us some insight into her past and the events that might have brought her here. Baume clearly implies that there was no singular traumatic incident in Frankie’s life which could account for her depression – no harrowing childhood trauma or significant personal or financial trauma. She has caring parents who visit her frequently while she recovers from her desultory state. She has always been someone who never really felt at home anywhere. She has little faith in her artistic abilities, which compounds her general anxiety and apprehension.

The narration primarily consists of Frankie’s thoughts which are interspersed by her allusions to famous art works connected to a single object or phenomena she is thinking about at the moment, for example hair, birds, progress etc. I think one subtle reason Frankie constantly tests her memory for these facts is to get a better grip on her receding sense of self and sanity. She treats her knowledge of art as a crutch to avoid getting sucked into the emotional maelstrom that is always looming.

These snippets will specially be of interest to readers who know about art history. As I’m not one of those people, after a while these brief interruptions felt forced to me. The transition from Frankie’s thoughts to these nuggets of information could have been better executed to make it feel seamless.

Frankie goes on long walks and takes to photographing dead animals she chances upon during these walks. Her motivation behind this project is to document how wild animals are only accessible to us, humans, once they have perished and are literally just a shell of their former selves.

“Here is another rule for my project: no pets, only wild things. So it can be about the immense poignancy of how, in the course of ordinary life, we only get to look closely at the sublime once it has dropped to the ditch, once the maggots have already arrived at work.”

The narrative style reminded me a bit of My Falling Down House by Jayne Joso, in which a guy retreats to a ramshackle house to rediscover his sense of purpose in life. However, while the former features a self-aware and enlightening account of rediscovering yourself, I felt that Frankie’s character was a bit too self-involved which made her come across as an unsympathetic protagonist.

Baume gives an insightful portrait of a struggling artist as Frankie goes from one art gallery to another to summon up her former passion for art. When she meets up with her old friends, she feels out of place among her peers who are only intent on discussing their starter salaries and corporate lifestyles. The story is peppered with images of the dead animals that Frankie has photographed, lending the writing some authenticity and enriching the melancholic tone of the book.

A Line Made By Walking is a well-written, sombre read which intimately explores a woman’s breakdown.