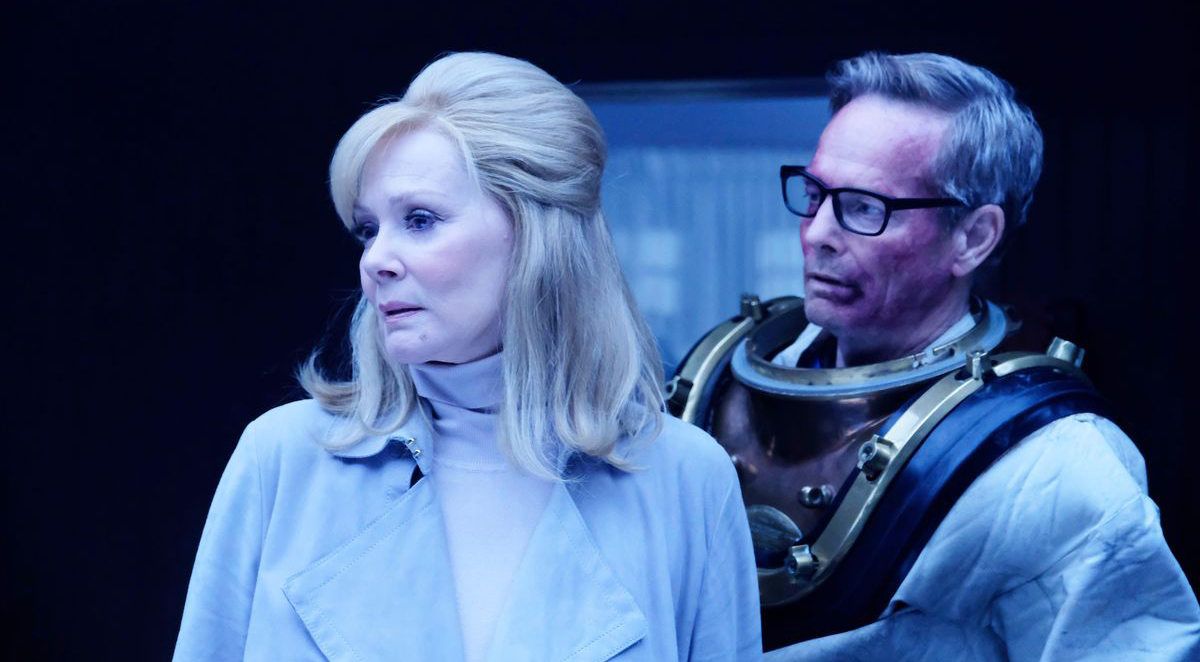 Legion returns to its high level of brilliance within moments of episode 7 starting. It proves that the scattered memory style of the early episodes was not the only aspect that made the show successful and captivating.

Here we get a clear narrative, key mystery questions answered (for the characters, if not some viewers too), and some genuinely thrilling action. It’s back to its best self, but we’re left wondering: what will happen in the final instalment? Right now it’s anyone’s guess.

Keeping this as spoiler free as possible, the latest piece of Legion’s story is a huge leap forward in getting the audience and characters up to speed on what is actually happening. At the start of the series, David’s origin, his power set and who his mental enemy is, were all hinted at. We had threads of throwaway lines that implied, but we could never know until we knew. Now, we know!

The X-Men geek within rejoices every time we hear the word “mutant” actually said out loud. Truth is that inhuman and anomalies don’t quite cut it for this superfan, and within the first act of this episode we’re treated to new, familiar names and imagery that makes clear connections to the wider world of Legion. Granted the series is separate from the movies, but the creators haven’t gone in a completely wild direction by ditching all the canon of the character of David Haller. 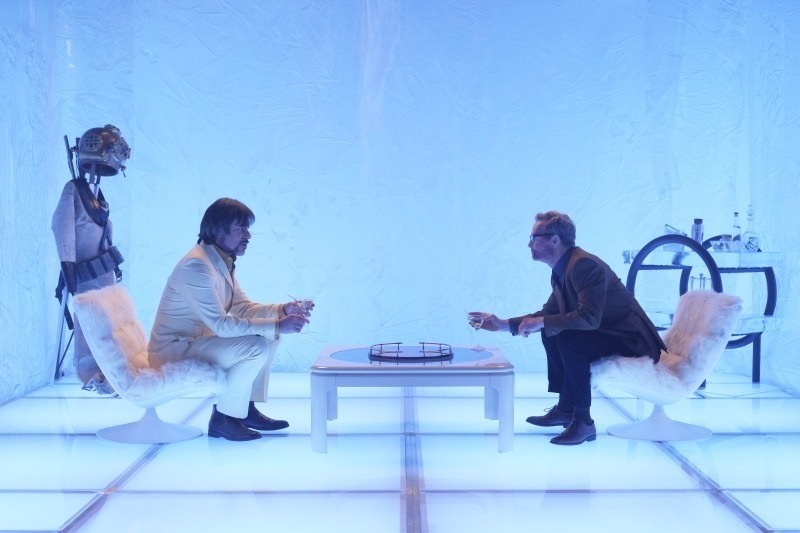 What follows is a speedy recovery from the previous two episodes; it’s like a retcon of all the vague characterisation of people like Syd and Melanie – even Oliver seems more fully formed in this episode.

It’s honestly a relief to see everyone return to their original styles and finally do something. What was making Legion a different superhero show was that it didn’t rely of the tropes of other shows. Here, we get back to the psychedelic style, but with capable characters. They aren’t bulletproof yet, they also don’t need to talk through every plan in minute detail for the audience’s sake.

Syd and Cary get to partake in the story, taking centre stage for a large portion of the episode and both are really great. Kerry is also back, though to a lesser extent. The Loudermilks are one of the most interesting elements, with both their dynamic and the actors who play them inviting intrigue and affection. Their storyline in episode 7 makes parts of 6 worthwhile by creating some tangible consequences for these two, setting up some storylines for either the final episode or, more likely, season 2.

One character who’s beginning to become a bit more of a caricature is Oliver. Perhaps it’s his 70’s wardrobe or something in the facial hair, but I can’t take him seriously. There is a Mighty Boosh, Reynholm Jr (from the IT Crowd) vibe that doesn’t quite mesh with the others. Perhaps when we learn more about his relationship with Melanie, he’ll make more sense.

What is notably successful for episode 7, when compared to the rest of the season, is how well music is used within the action scenes. We open with an orchestrally scored slow-mo scene but it works because the reduced speed action isn’t overdone. The same can be said for a later scene with Oliver using his powers. The way his mutant abilities manifest is weird and kind of makes sense; either way it’s visually cool and adds another layer of oddness to the series. 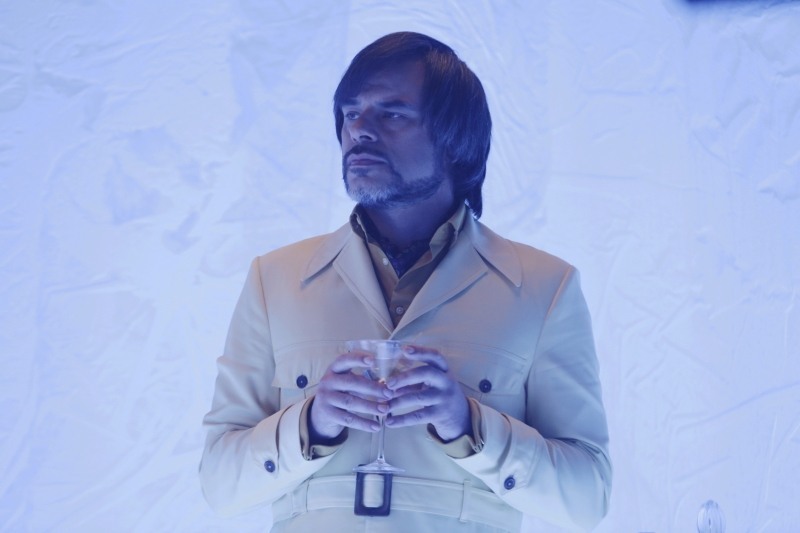 Aubrey Plaza as Lenny is much more entertaining in this episode and she relies a lot less on physical gruesomeness (all that damn licking) to make her/him creepy. She is manic and sinister, evoking, with the help of silent movie speech captions, classic horror.

One of the best parts of this season’s penultimate episode is that all the necessary characters get a moment to shine, but we don’t have to look in on everyone. In the last episode, we had to deal with too many scenes to give everyone screen time, yet here the larger locations give us moments with most of the other characters and it works better. The only character who doesn’t get a look in really is Ptonomy but I imagine he’ll have a bigger role to play next episode. Also, hopefully he’ll be back to being helpful and not so moody.

All of this proves how good a show Legion is and we’ve not even mentioned David yet. I’ll say it again and again that Dan Stevens is simply awesome. Thanks to David’s psychic powers and the characters being trapped on the Astral Plane, Stevens gets to play against himself, his English voiced self no less, and it’s pure fun. I don’t know how Americans feel but I’d certainly forgot that he wasn’t actually American.

Roll on episode 8! It’s sad that the show is ending its freshman season so soon, but I think there is a clear story they were trying to tell in this first instalment. Division 3 will likely be the big bad in the next season, unless they go the red herring route with them, as they have with one character in episode 7. Either way, I’ll be tuning it.

The Eyes Of My Mother Review