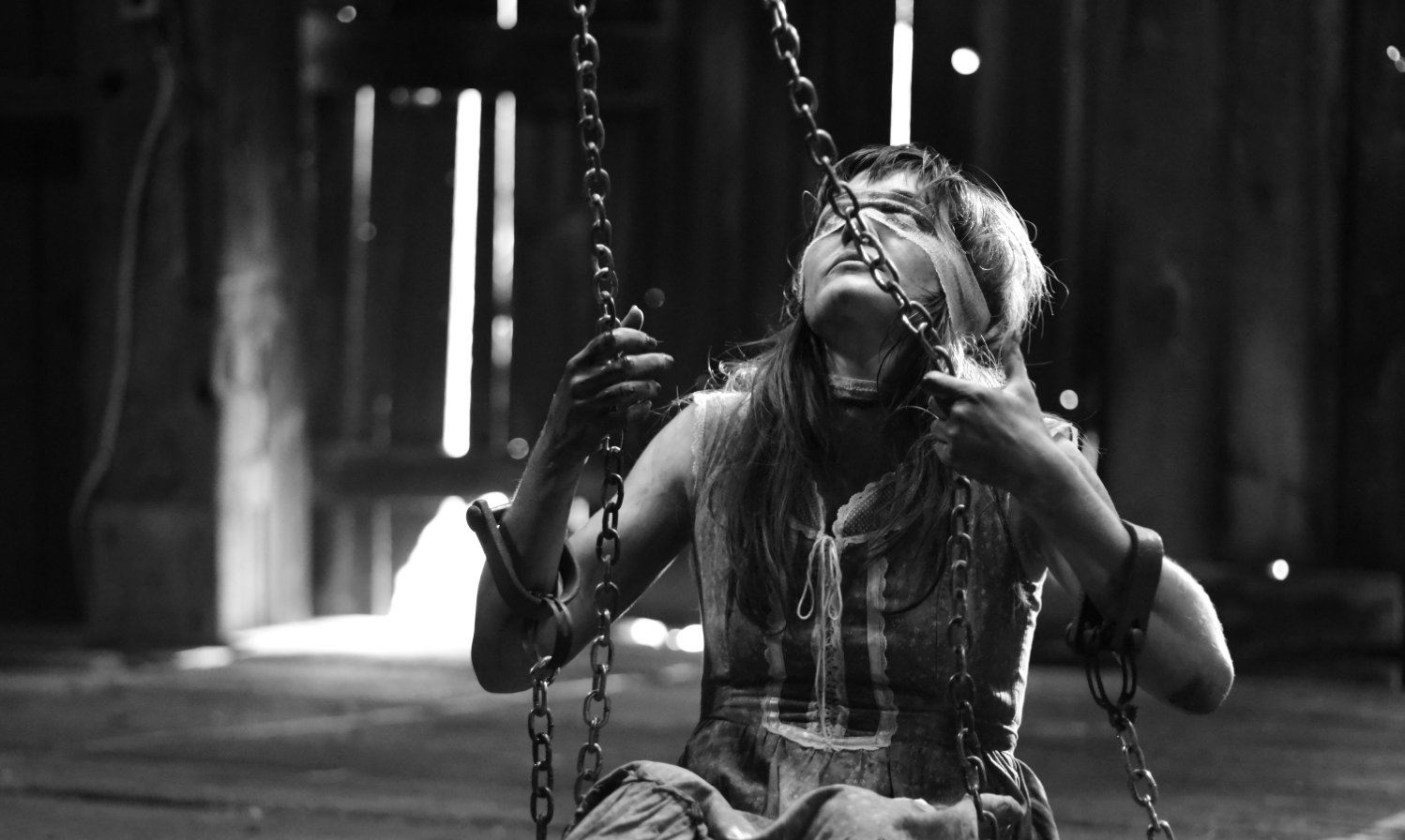 It says a lot about a film, that the scene of a young girl sharing a bath with the corpse of her decaying father isn’t the most memorably morose shot. Yet first time director Nicolas Pesce litters his debut film with a macabre selection of visuals that make for an interesting yet flawed revenge horror that shuns cheap scares in an attempt to burrow under your skin but fails to break the surface.

With a running time of only seventy-seven minutes, Pesce wastes little time in putting off the horror, opening with a disturbing act of violence. You never see much of the act yet it leaves its impact on the small Portuguese family that has been subjected to the horrific lose. Some years later, Francisca (Kika Magalhães) has become defined by the encounter from her past, moulding her into a sad, misguided woman who struggles in an unconventional and morally questionable manner.

Pesce evokes the work of European cinema, bringing to mind the visuals of Lars Von Trier and Pedro Almodovar, while adopting a Tobe Hopper-esque setting. It works to create a disorientating sense of timelessness that hopes to be hypnotic but instead ends up grating. Pesce shies away from showing you anything overly grotesque, relying on sound effects and leaving you to fill in gaps which makes one sex scene effectively vile.

It’s so ambiguously motivated, Francisca kidnaps and endlessly stabs everything in sight for no reason other than she just does. The short narrative requires you to go along with her to study Francisca from her corrupt childhood to her violent adulthood, waiting for a purpose to unravel which never does. Magalhães’ performance is just as non-existent as the film’s motives. While Olivia Bond puts in a chilling, melancholic performance as the young Fransisca, Magalhães does very little with the character other than staring endlessly, failing to emit the same level of dismay as Bond does just from uttering the words “you’re my only friend now”. For a film so reliant on a strong, capable lead performance, Magalhães is simply not up to the job.

The minimalistic monochrome visuals attempt to save the film, offering up a handful of startling images, the shot of a tortured woman standing outside a dimly lit barn that’s been her prison for the last few years is striking, but it’s not enough to make up for the film’s unavoidably apparent faults. You will be glad it’s over so quick.

The Eyes of My Mother – BFI London Film Festival Review