Following on from his feature film debut, Project Almanac, director Dean Israelite brings us Power Rangers, a movie that’s a worthy addition to the superhero film franchise which started with 1995’s Mighty Morphin Power Rangers: The Movie. This outing isn’t just good for a Power Rangers film though, it’s a genuinely entertaining action blockbuster. Perhaps surprisingly, Power Rangers is also a funny movie, with plenty of jokes and “did they just say that?!” moments. It’s not a perfect movie by any means, but with five more potential movies coming, it’s definitely worth a watch.

The original Power Rangers TV series, aka Mighty Morphin Power Rangers, might have rushed into kids lives in 1993, but it didn’t stay with the same kids for long. Sure, committed fans might have gone on to enjoy follow up series, but in many ways the different Power Rangers teams were tied to the generation of kids it was targeted at. Luckily, the spate of classic reboots, which add slightly darker, grittier tones and more realism – that’s more realism not complete realism – all make these perfect nostalgia hits for the grown-ups who loved them as kids. But just how worthwhile this Power Rangers movie is surprised me.

Granted, from the moment I watched the first trailer I wanted this film to be good. The first teaser hinted at a Breakfast Club style mish-mash of “weirdos and freaks”, adding in a possible romance and ELIZABETH BANKS AS RITA REPULSA, plus Zords and general world saving antics. The danger, however, was always that it would go a bit Transformers with a basic plot and lots of smashing robots. But it doesn’t – it’s much smarter than that. 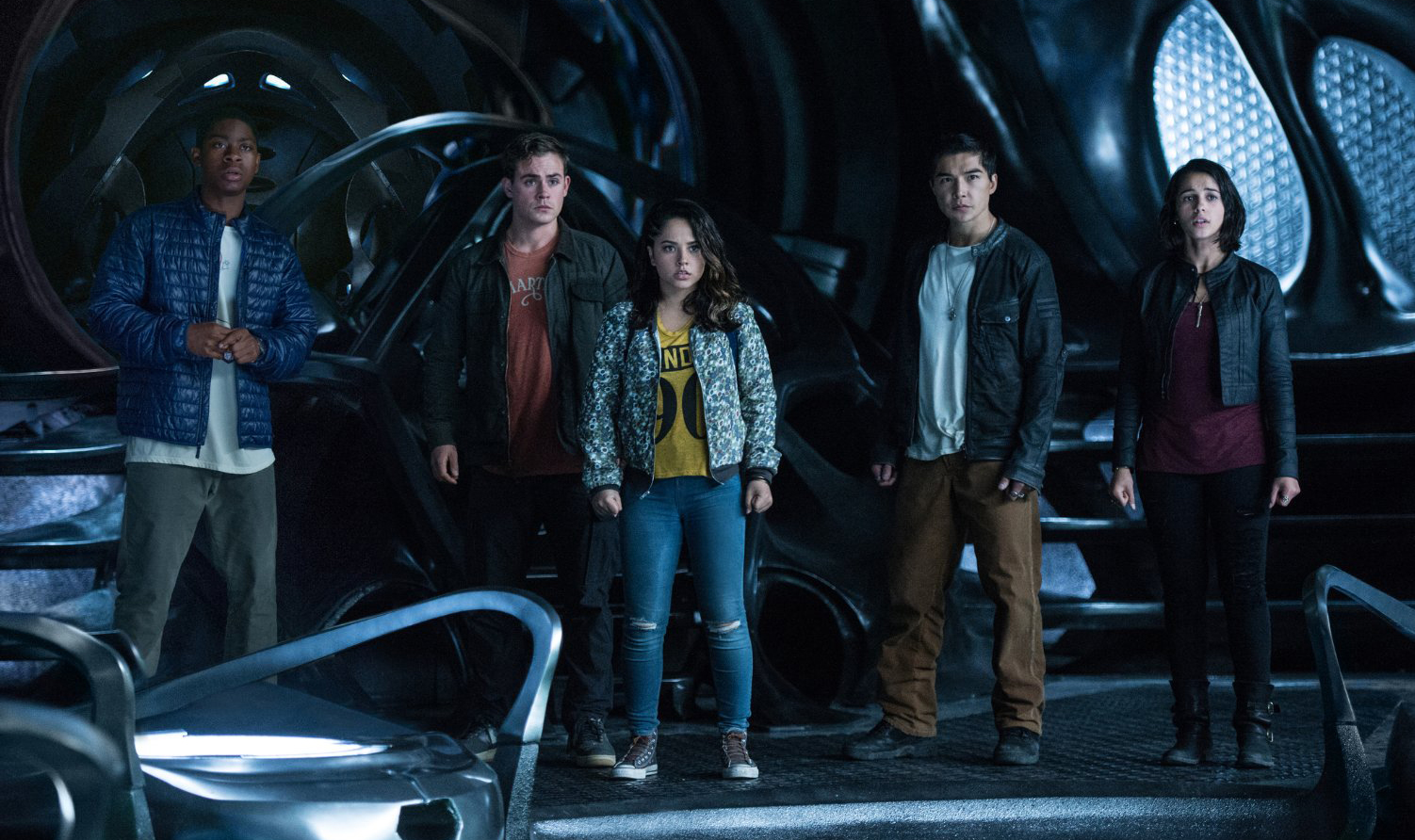 Instead we meet five new, diverse Power Rangers, who share the names of the classic series characters: Jason (Dacre Montgomery), Kimberly (Naomi Scott), Billy (RJ Cyler), Zack (Ludi Lin) and Trini (Becky G). And they didn’t go simply for diversity by copying the original series, meaning, at its most obvious, the black character isn’t also the Black Ranger and there is one other person of colour in the Yellow Ranger. It also doesn’t feel like forced diversity casting, and to a greater extent there is an equal amount of screen time for all, with family scenes that feel organic to who these characters are.

One issue the film has is pacing. There are clearly a number of variant versions of the movie and this cut does a lot with the little over two hour running time. It doesn’t feel like two hours though, and at times – like with the training scenes and some of the early Zord parts – it feels like it could’ve been stretched a little longer. But then what would we lose to compensate? Perhaps the Krispy Kreme bits. Boy, did they get their advertising money’s worth.

Everyone in the main cast is great, showing off some emotional moments without going into sappy territory. Sure, there are cheesy parts, but it’s Power Rangers. What do people expect? A special mention should be made for RJ Cyler (who impressed audiences in 2015’s Me and Earl and the Dying Girl) as Billy, who’s truly brilliant and owns all his scenes. Elizabeth Banks, as so many Twitter commenters have said, eats up the scenery. She devours it with her upmarket ham. We should all be so lucky to have as much fun doing anything as she does with Rita. Bryan Cranston, in one of his most surprising roles since swapping Malcolm’s fumbling dad for a serious meth-head, lends a certain humanity to Zordon. Whilst Bill Hader’s Alpha 5 is funny and even manages to make Alpha’s catchphrase “ai ai ai!” work in the new setting.

Power Rangers has a solid story with enough origin plot without it feeling bogged down. The film does a fantastic job of being entertaining, funny and nostalgic in the right doses. Roll on Power Rangers 2. If you want to know what that might involve, wait for the bonus credits scene.