Krypton is set 200 years before modern times, centering on the planet of Superman’s birth and his grandfather, Seg-El (Cameron Cuffe), who is attempting to restore his family house. Adam Strange (Shaun Sipos) has travelled from the future to warn Seg that he must save Krypton from a mysterious threat, or Superman will never exist – dooming the universe as a whole.

The first episode opens on Seg-El’s grandfather being executed for treason, the house of El being stripped of any privileges they held. His treason is stating there is life beyond Krypton and speaking out against the religious heavy politics of the planet. Seg and his parents are confined to lower class slums and struggle to make ends meet.

For a pilot episode it doesn’t do a particularly good job of setting up its main cast. The characterisation of Seg is inconsistent; at times he’s a rage-filled brute, at others it’s suggested he’s quite intelligent and he displays compassion for all. His parents are relative blank slates, doing very little until the end of the episode. We’re also introduced to Seg’s love interest, Lyta (Georgina Campbell), a military commander who is betrothed to another man. Her main characteristic so far seems to be that she loves Seg greatly. There are hints of tension with her mother Jayna, who’s in charge of the military, but the premiere episode does little to explore this. 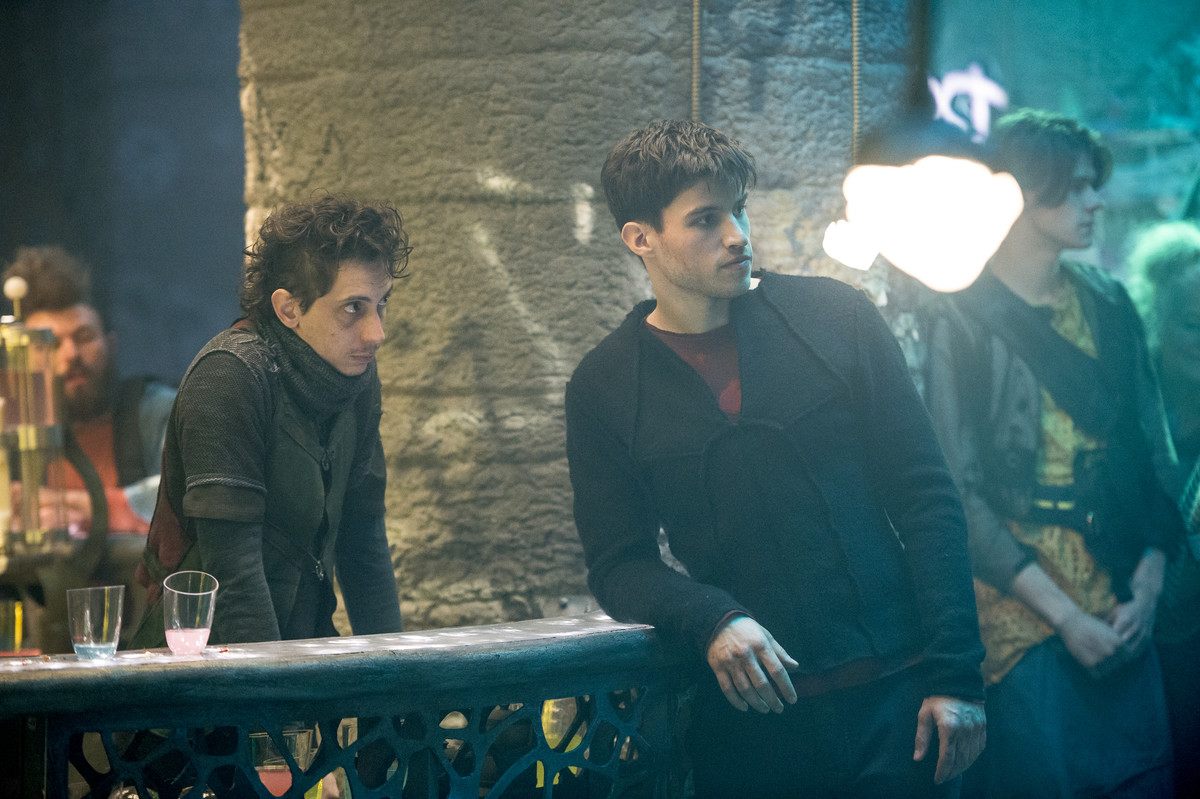 The main threat so far – besides the ominous, briefly mentioned Brainiac – is Daron-Vox, the man who ordered Seg’s grandfather’s death and who serves The Voice of Rao, a mysterious figure who wears a three-headed mask and represents the faith of Krypton. Daron-Vox is manipulating events to rise Seg in rank again, proving himself a more effective leader who can convert even the most far flung people.

The pilot does establish the main premise of saving Superman but doesn’t introduce the main threat of Brainiac effectively – with him being reduced to a small teaser (though the effects work on him does look incredible). Adam Strange is presumably around for the long hall but is relegated to two scenes within the episode.

Going by the pilot alone, there isn’t much to recommend the series yet, with only hints of stories being presented. Clearly there’s some sort of power struggle between the military and religion to come down the line. Brainiac will presumably reach Krypton before the season ends and it’s up to Seg to stop it, somehow. Maybe the next episode will give some sense of how one idiot can save a planet but for now it seems doubtful.