The Voice of Rao has been a creepy character from the first episode of Krypton; a barely speaking, highly revered religious figure who’s seemingly also the head of the government on Krypton. This episode gives him the most screen time yet, and does nothing to soften the character. He attempts to visit the Rankless but is clearly out of touch. The Rankless see him as the head of their oppression, and outwardly they’re not wrong.

After the failure of Lyta’s operation to find any Black Zero operatives, The Voice of Rao wants a scapegoat, with Daron Vex deciding to lay the blame on Lyta herself, claiming she’s a terrorist. It’s also revealed this week that the Vex family has plans to rule, overthrowing The Voice of Rao. Nyssa Vex reaches out to Jayna, Lyta’s mother, to offer her a deal – side with Vex and they’ll save Lyta from execution.

Jayna and Lyta have had a complicated relationship, with Lyta struggling to prove herself to her mother throughout the show so far, but Jayna clearly still loves her daughter. You can see the decision is a tough one for Jayna, who trusts House Vex no more than she trusts Rao. 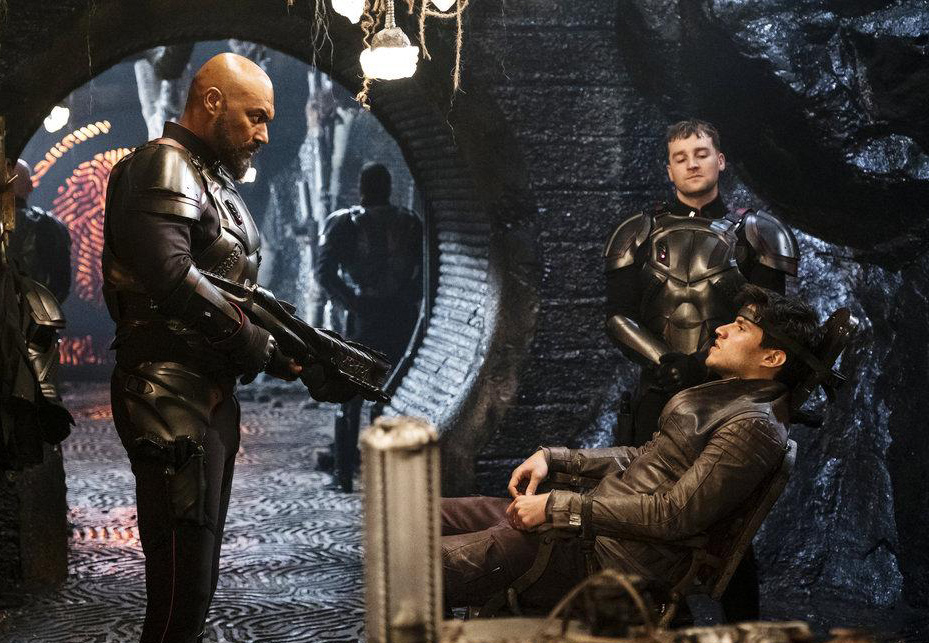 A new character, The Commander, is introduced as a mysterious figure in Black Zero, giving them a real presence on the show after all this time. He captures Seg and reveals to him that he knows of Brainiac’s imminent arrival as well, offering to ally with him to stop Brainiac’s arrival. Colin Salmon portrays this mysterious figure, giving a great deal of gravitas to the role, and I’m actually intrigued to find out more about him, even as he shows himself to be quite mad.

There’s also a rather gross scene involving Seg being tortured to prove he isn’t one of Brainiac’s sentries. The CGI of the insect that enters his nose is quite bad but it’s still a suitably creepy moment. Seg spends much of the episode tied up but is at least given one fight scene, because what else can he do?

It does finally feel like the plot is moving along this week but the show still feels a bit aimless and is in need of a big event soon. It’s hard not to see it as limping towards its season finale for now.