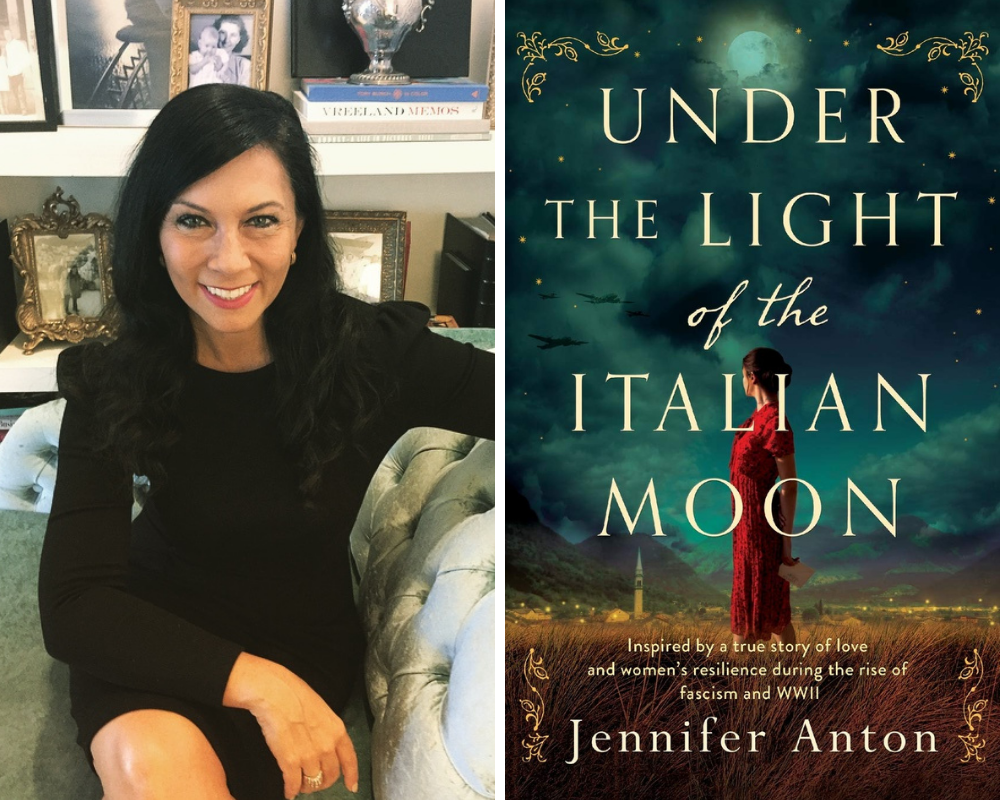 In 2006, when I started researching my grandmother’s life in Italy, I knew almost nothing about Benito Mussolini. Fascism was a dusty word that never made it into everyday vernacular. Fourteen years later, on January 6th, 2021, while right-wing extremists stormed the U.S. Capitol, the pre-order of my novel, Under the Light of the Italian Moon, hit #1 Kindle Historical Fiction New Releases. The irony did not escape me.

I’ve come to learn a lot about life for girls and women under il Duce. My great-great grandmother was a midwife in rural northern Italy. She was known as La Capitana: a tough, bold woman willing to risk a bullet to aid in the birth of a child. As a practicing midwife in the interwar years, the policies of il Duce would have directly impacted her. At first, in 1925, ONMI (L’Opera nazionale maternità e infanzia) would have been seen as promising—a government investment in the health of women and children, well beyond what any liberal government had established. But with these benefits came a not-so-hidden agenda. Mussolini was famous for saying, “War is to man what maternity is to a woman.” In his 1927 Ascension Day speech, he made it clear that an Italian woman’s job was to provide babies for the patria. He wanted births for the expansion of his empire and military. A woman’s body became a vessel for the country’s needs.

Women, who had reached new levels of independence post WWI, were discouraged from working outside their homes and families. The vote became a moot point when he became a full dictator. Abortion was banned. Contraceptive education was made illegal; even explaining the methods of coitus interruptus or procedere con cautela, natural birth control methods, was against the law. But Mussolini couldn’t control everything, and his Battle for Births never saw its intended outcome. Midwives were the ones inside the homes, in the bedrooms of the women who were called on to provide the babies. They had a level of control and influence even il Duce could not penetrate.

Mussolini convinced the masses with his bravado, with a spectacle that drew crowds. He used whatever means necessary from violence to discreditation of the press to convince the masses to accept his acts. “Il Duce ha sempre ragione.” Il Duce is always right. We’ve seen this behaviour in government recently and we will see it again.

My grandmother grew up only knowing Mussolini as a leader. Her mother and grandmother dealt first hand with the impacts of his masochistic reign. If we want our children to avoid oppression like this, we must look back and remember what happened to these women. We must study the progression which laid the groundwork for il Duce’s fascist reign and oppose men who try to control women and their bodies. Let us always remember the women.

Jennifer Anton is an American/Italian dual citizen born in Joliet, Illinois, and now lives between London and Lake Como, Italy. A proud advocate for women’s rights and equality, she hopes to rescue women’s stories from history, starting with her Italian family.