Ghost In The Shell Review

Before I begin my review, I first must offer a preamble. I’m not overly familiar with the Ghost in the Shell manga series; I’ve seen the original anime film once, many moons ago, and have never seen the subsequent television series. With that, I went into Rupert Sanders’ film not as a die-hard super fan but merely a humble movie-goer hoping for a classy science fiction blockbuster with smarts that would somehow transcend the controversy that has mired it and deliver some substance to go beneath that purple-tinged, glossy exterior.

Unfortunately, that’s not the case, for beneath that shiny exterior, Ghost in the Shell is nothing but a hollow vessel, placing its emphasis on action and a fast paced “seen it all before” narrative, leaving the nuances and depth of its anime source material behind. Then there’s a twist and revelation so categorically misjudged that numerous think pieces and scathing articles will no doubt plague the blogosphere in the days following the film’s release.

The story takes place in an unnamed metropolis in the future in which cybernetic enhancements have become a way of life for humanity. Scarlett Johansson plays Major, a government agent with a fully synthetic body coupled with a human brain, the first of her kind. Working for the elite defense force known as Section 9, she and her team encounter a cyber hacker terrorist who is murdering prominent scientists from Hanka Robotics. In pursuit of her quarry, as is usually the way with these things, Major soon unravels a conspiracy with a direct link to her own past and identity. 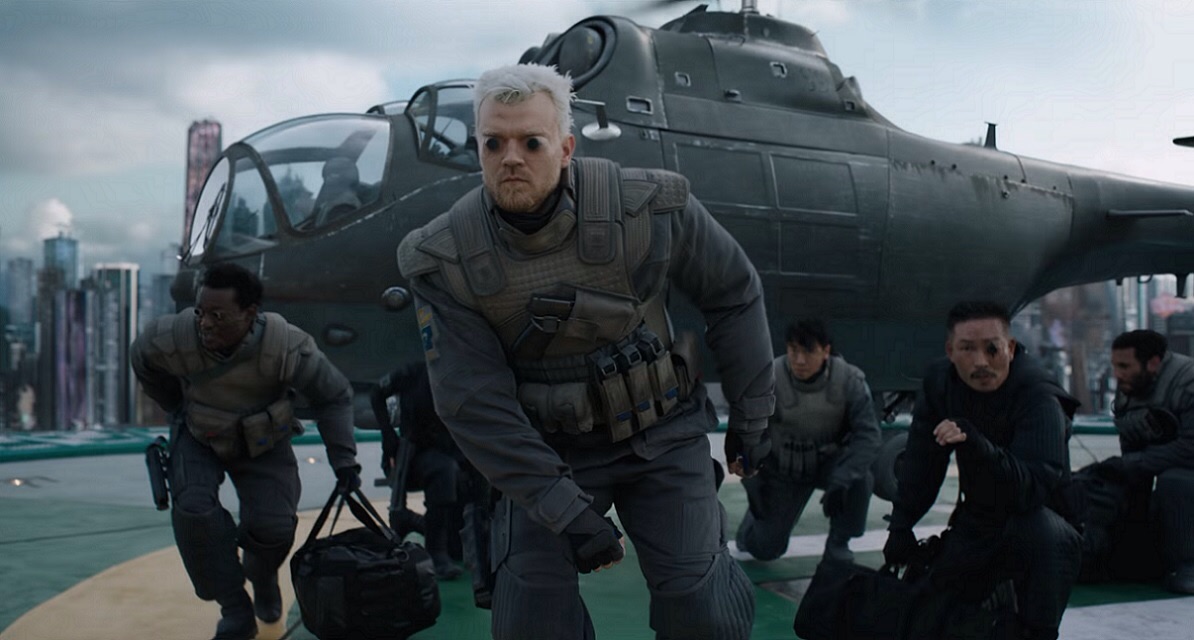 Admittedly, my expectations were quite low for Ghost in the Shell. The whitewashing controversy and negative press that had plagued the film during its production left a sour taste in the mouth. However, after about thirty minutes or so, I found myself being pleasantly surprised – up until that woefully miscalculated revelation of course. Despite it being wholly derivative of other works – the likes of Blade Runner, The Fifth Element and other reference points are clear touch stones – the film moves at a brisk pace, with visuals and CG cityscapes in which gigantic virtual behemoths loom above the streets, attaching themselves to skyscrapers, that are quite beautiful to behold.

The action is also adequately handled, although never truly rising above the ordinary, with a climactic battle involving a spider tank being the highlight. Scarlett Johansson, meanwhile, is also very good in the central role, taking on yet another character (after the likes of Under the Skin and Her) that broaches the line between artificiality and humanity. From her wide, magnetic gaze to her very precise gait, Johansson is an actress and action heroine who does her best with a script that never fully allows her to give the character much depth. And ultimately, that’s the central problem with this film. 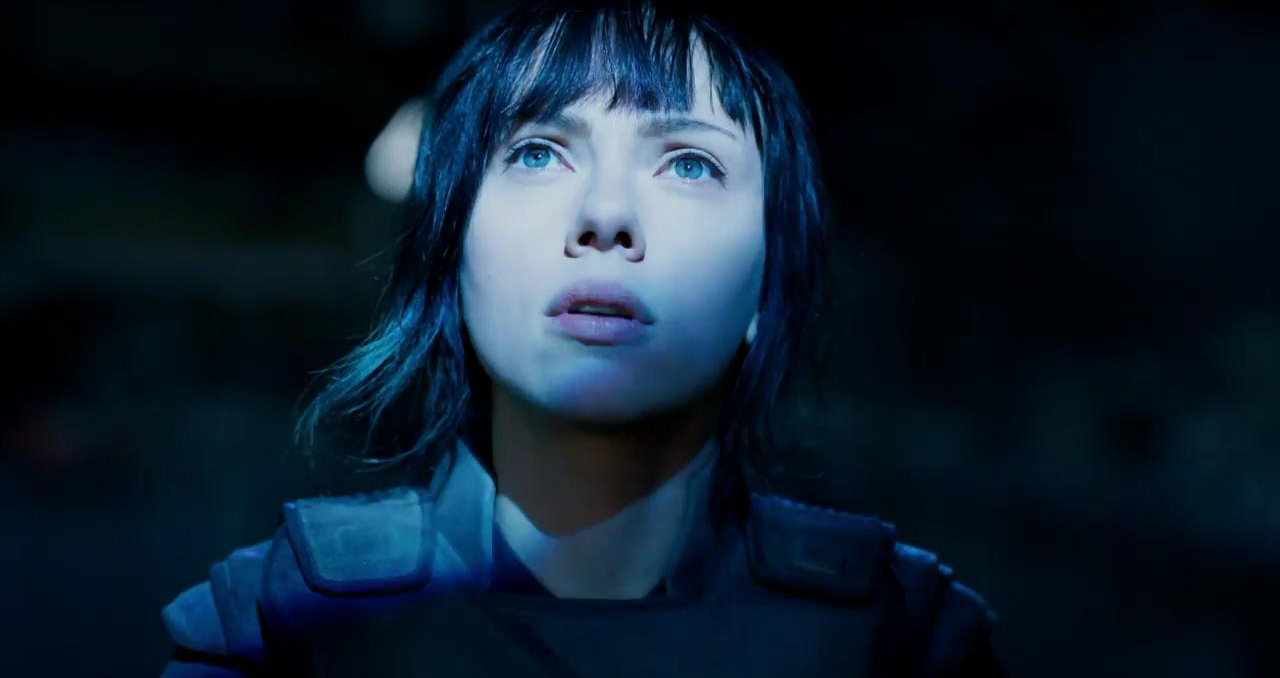 Like Johansson’s Major, there’s a beautifully realised exterior, with pitch perfect design, yet it’s hollow within, a mere ghost of the intricacies and nuances of the source material upon which it is based. This new interpretation is content with brisk storytelling, moving its clichéd narrative along and guiding us to its next action set piece, never willing to take a moment and explore its underlying themes.

Then the revelation happens; the single moment that does away with any and all goodwill the film may have allowed itself up until that point. There’s a scene in which Major uncovers a key piece of information in regards to her past and true identity, a moment that on the surface seems innocent enough, but suddenly you realise what has happened and… oh no. Did they just do that? Needless to say, the film doesn’t do itself any favours in regards to addressing its whitewashing controversy. Instead, it digs itself a hole and dives head first into it. Truly, it’s astounding that the filmmakers allowed this moment to go through without first thinking about it.

Director Rupert Sanders (Snow White and the Huntsman) and his team of screenwriters seem happy to deliver nothing more than a shiny action movie, which is perfectly fine if that’s all you’re after, but with something like Ghost in the Shell, a glossy sheen is just not enough.