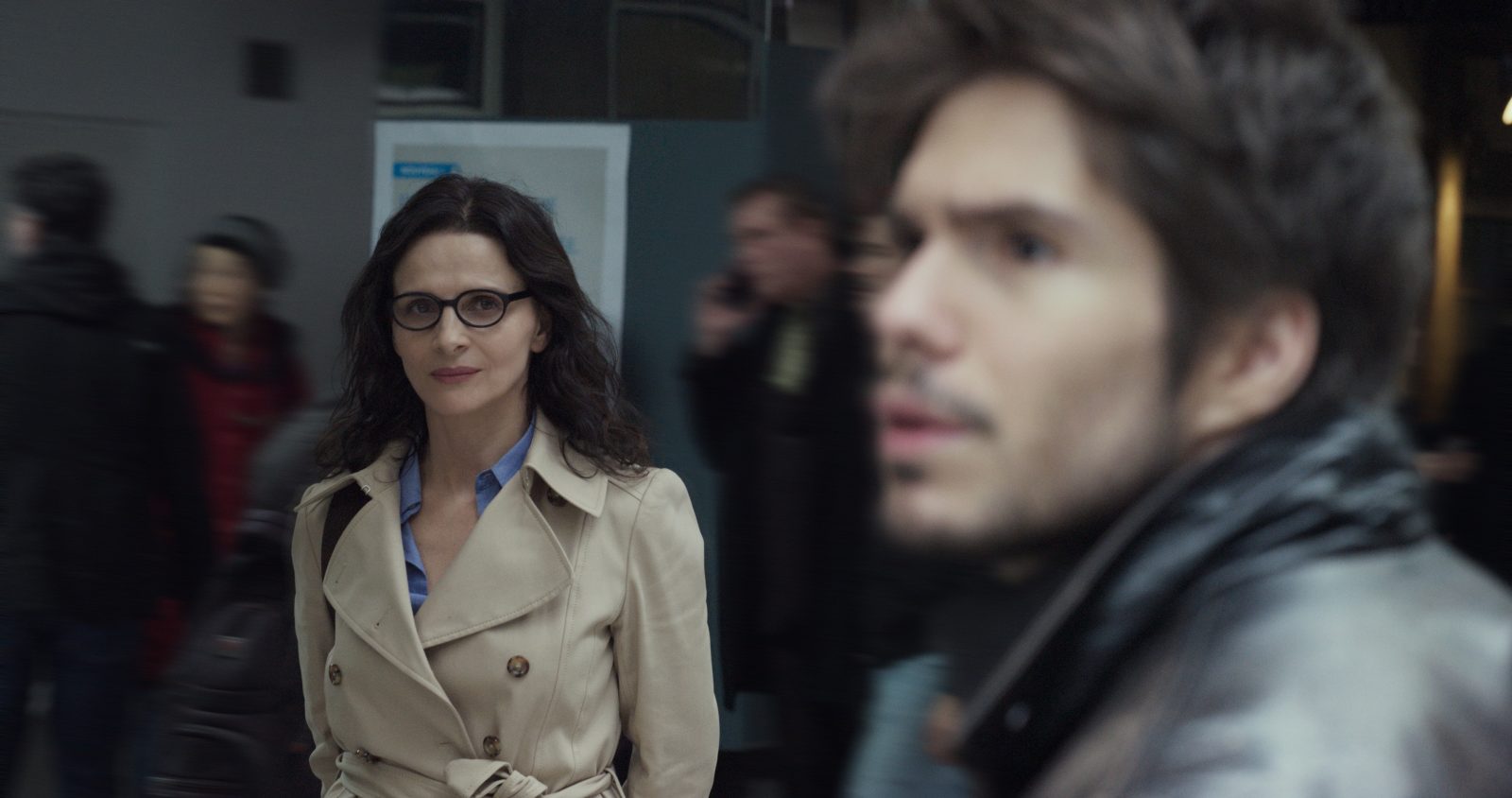 Claire (Juliette Binoche) likes younger men. Since her divorce from her (older) husband, the fifty-year-old professor has been seeking sexual solace with Ludo (Guillaume Gouix), two decades her junior. When that relationship starts to cool, she begins developing feelings from afar for Ludo’s roommate, Alex (François Civil). To get him interested, she creates a fake persona – as far as Alex is concerned, she is Clara, a twenty-four-year-old fashion intern. She makes the accompanying social media accounts, she sends him a twenty-four-year-old’s picture: he is hooked. An intense, online/telephonic relationship commences.

Inevitably, however, he wants to meet. Panicked, and lost as to what to do next, Claire makes some bad decisions. Decisions with immense, life-destroying consequences.

The problem with Who You Think I Am – or one of them, anyway – is that it never settles on a lane. In some ways it’s a sexy, schlocky piece of enjoyable trash; akin to something like L’Amant Double, or even the Beyoncé and Idris Elba starring Obsessed. Yet it has delusions of grandeur, pretentions of being something highbrow: a piercing comment on social media and the pains for women of growing older. It’s possible for a film to be both schlocky, and have something to say. Of course it is. But Who You Think I Am doesn’t know what it wants to say. So it ends up saying nothing. 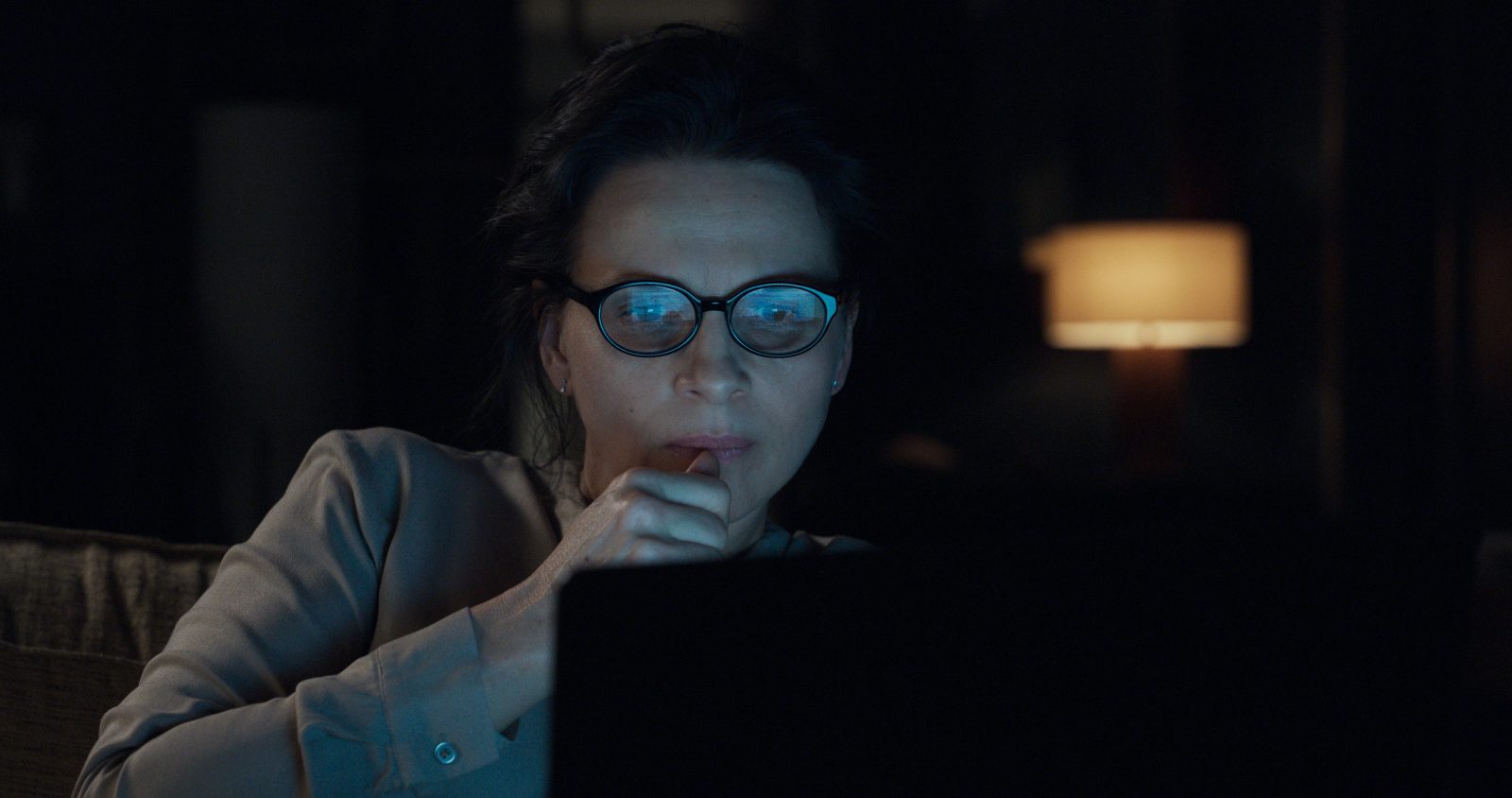 Well, almost nothing. Claire describes social media as both ‘a shipwreck and a life raft’ for people like her, and that’s perhaps the only astute line in the movie. Who You Think I Am sees Claire revel in the glow of being young again. Of being desired. And it’s social media that gives her opportunity. In talking with her therapist – the film’s framing device – she expresses wonder about how easy it was to get what she’s always coveted. Despite the new technology involved, there’s something old-fashioned about the epistolary nature of Claire/Clara and Alex’s courtship; the romance of putting so much thought into every word spoken/typed. It’s easy to see the appeal for a lonely, middle-aged divorcée.

But that brings us to another issue – are we meant to sympathise with Claire? On this, as on a lot of questions, Who You Think I Am comes up murky. It isn’t a case of thoughtful ambiguity; there’s a real stink of directorial indecision behind the film’s inability to decide where it stands. In some scenes, Claire is treated as an unhinged monster, á la Glenn Close in Fatal Attraction. In others though, she is just desperate and lonely, a victim of society’s antipathy towards older women. Again, more accomplished filmmaking could combine these two disparate attitudes into a well-rounded whole. Instead, we are left with a schizophrenic mess. A pointless twist at the end makes matters even worse.

None of this is Juliette Binoche’s fault. She does the best she can with such an inconsistent, frustrating character, but this is far from her finest hour. Who You Think I Am is nobody’s finest hour.

Ghost In The Shell Review