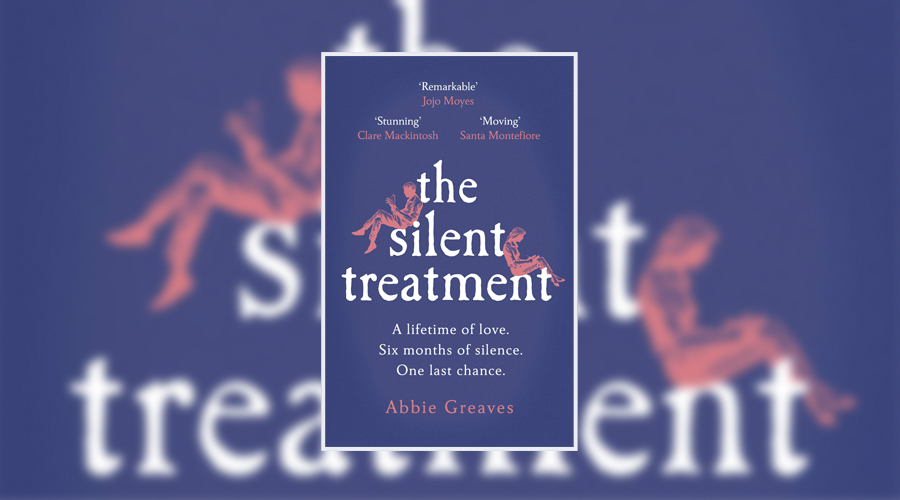 Frank and Maggie have been married for forty years, every one of them full of the kind of enduring love and devotion that many of us can only dream about. Yet for the last six months, Frank hasn’t spoken a single word to his wife. Their marriage has continued as it always did – they sleep in the same bed, eat all their meals together – only they live in solitary silence. Maggie has spent days and months contemplating why Frank suddenly stopped talking but she still has no definitive reason why. Anguished by her husband’s select muteness and feeling increasingly desperate, Maggie decides she can’t live with the silence anymore.

Finding his wife collapsed and unresponsive at the kitchen table, Frank is abruptly jolted out of his silence as he rushes to save the only woman he has ever loved. At the suggestion of a kindly nurse, Frank realises he must try to find the words to explain before it’s too late. And so, with Maggie placed in a medically induced coma, he starts speaking to her again, recalling their emotional story from the very beginning in the hope that it will reveal how they got to such a desperate point in both their lives.

The story might open with Maggie reaching breaking point, but as Frank goes back to the start of their relationship, we come to realise that his silence began long before those six agonising months. In fact, his whole life has been a series of unspoken thoughts and unexpressed feelings. He’s a kind, mild-mannered man and an unfailingly loyal husband but speaking up and speaking out is not his strong point. He deals with the ups and downs of life – including Maggie’s recurrent bouts of depression and their difficulties conceiving – with quiet fortitude and patience. It would be an admirable trait if not for the simple fact that sometimes in life we have to scream and shout and fight for the things we love – and Frank just doesn’t have that in him.

“…I of all people know that it is so much easier not to speak about something than it is to tackle it head-on.”

Greaves devotes most of the book to Frank as he sits by Maggie’s bedside and finally lets his words flow, giving us a poignant glimpse into how they met and the early days of their relationship. It’s a sweeping, romantic and tragic tale, made all the more emotional when we’re allowed to see events from Maggie’s perspective in a series of notes she leaves for her husband to read after she decides she’s had enough. Maggie loves and understands her husband, just as he loves and understands her, but there are still things they don’t know about each other and Maggie’s revelations give Frank a whole knew comprehension of his wife’s upbringing and fragile mind. It’s in these passages that we, and Frank, realise he wasn’t the only one who left words unsaid.

The Silent Treatment is a moving and beautifully paced story of love, fractured relationships, mental health and heart-breaking secrets. It doesn’t hit you in the face with shocks and revelations, offering instead a quiet and subtle exploration of loss, grief and guilt that’s much more powerful because it feels so intimate. Abbie Greaves will make you fall in love with Frank and Maggie’s story – which is truly one for the ages. Just keep a box of tissues to hand, because you’ll need to dab your eyes when that final page turns.

The Silent Treatment was published by Century on 2 April 2020