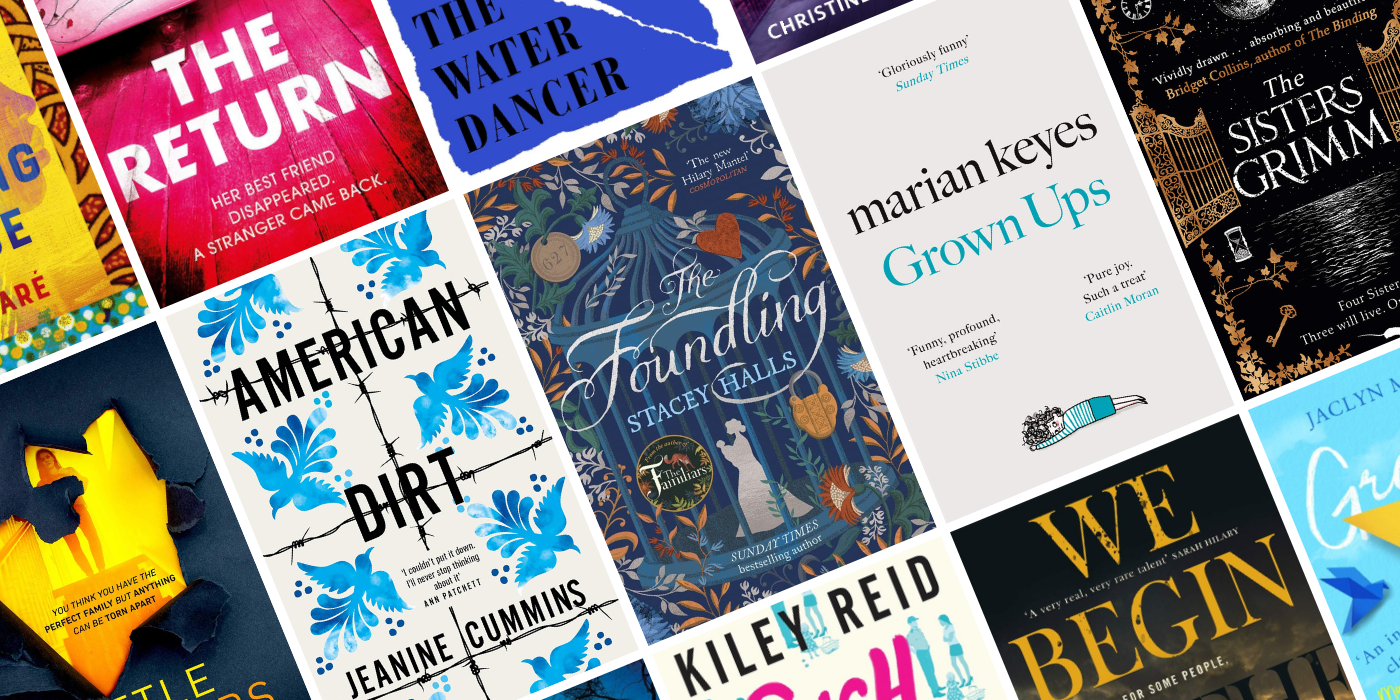 2019 was a brilliant year for books, but 2020 is already set to eclipse it with hotly anticipated new novels from some of literature’s finest including Marian Keyes (Grown Ups), Hilary Mantel (The Mirror and the Light), Sebastian Barry (A Thousand Moons), Maggie O’Farrell (Hamnet) and Emily St. John Mandel (The Glass Hotel).

Fantasy and sci-fi readers are in for a treat with Menna Van Praag’s The Sisters Grimm and Simon Jimenez’s The Vanished Birds, whilst crime thriller fans can look forward to devouring Chris Hammer’s Silver, Will Shindler’s The Burning Men and Lynda La Plante’s Buried.

There are also plenty of debuts hitting shelves across the different genres – from Kate Elizabeth Russell’s My Dark Vanessa and Francine Toon’s Pine to Ta-Nehisi Coates’ The Water Dancer and Helen Moffett’s Charlotte.

If that’s not enough to get you excited about the bookish year ahead, here’s our round-up of 2020’s must-read fiction books. Time to clear some space on your TBR pile in anticipation.

Gravity Is The Thing by Jaclyn Moriarty 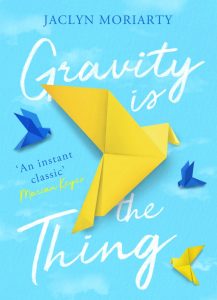 Jaclyn Moriarty’s debut novel for adult readers is one of the first books released this year but you’re likely to still be talking about it months down the line. It centres on Abigail Sorensen, who was sixteen when her brother disappeared and she first received chapters from The Guidebook in the mail. This unusual self-help collection promised to change Abigail’s life for the better; all she had to do was reply ‘yes’ to a no-obligation, free subscription. Twenty years later, Abi – now a single mother and café owner – is invited to attend a retreat where she will finally learn ‘the truth’ behind the book. Heart-warming and absorbing, you’ll never want this book to end. (2 January, Allen & Unwin)

Such A Fun Age by Kiley Reid 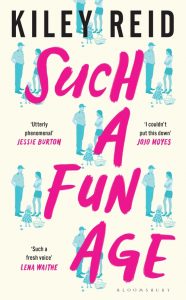 Such A Fun Age is a witty and entertaining page-turner that delves into privilege, money, race and assumptions. When Emira is apprehended at the supermarket for ‘kidnapping’ the white child she’s actually babysitting, her well-intentioned employer Alix – a feminist blogger who makes a living showing other women how to get what they want – sets out to make things right, despite Emira’s reluctance to make a fuss. Kiley Reid’s debut is an astute and empathetic social commentary that shines a bright light on contemporary issues. (7 January, Bloomsbury Circus) 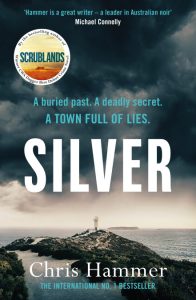 Chris Hammer’s debut was featured in our best books of 2019 list and the follow-up is another compulsive crime thriller set against the backdrop of a sweltering Australian landscape. The sequel reunites readers with journalist Martin Scarsden as he returns to his hometown, a place that holds traumatic memories he thought he’d left behind for good. Martin’s arrival coincides with the murder of his best friend from childhood and the police suspect Martin’s new partner Mandy as being the killer. As the media catch on to the scandal and descend on the coastal town of Port Silver, Martin’s past and present collide. If you loved Hammer’s first book, you won’t be able to put Silver down either. (9 January, Wildfire) 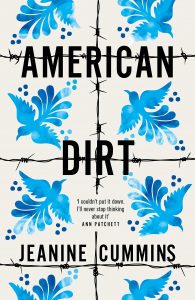 Exploring the perilous, unimaginable experience of illegally crossing the US-Mexico Border through the eyes of a desperate woman forced to become a migrant, Jeanine Cummins’ American Dirt is the kind of story that leaves your mind reeling and your heart aching. It follows bookstore owner Lydia who flees her comfortable, middle-class life in Acapulco with her eight-year-old son Luca, riding atop the high-speed freight trains known as ‘la bestia’ in search of a safe haven that the drug cartels can’t reach. This is a timely, essential read about sacrifice, love, hope and humanity. (21 January, Tinder Press)

Haven’t They Grown by Sophie Hannah 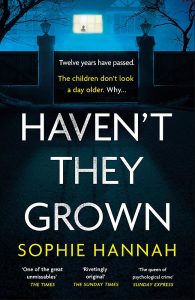 Having driven her son to an away football match, Beth can’t resist the urge to sneak past her former best friend’s house and try to catch a glimpse of her. She hasn’t seen Flora for twelve years but as she parks outside and watches from across the road, she’s confronted with a shocking, impossible scene. Flora looks the same, albeit slightly older, which is to be expected. But her children, Thomas and Emily, who were five and three when Beth knew them, haven’t aged a day and remain exactly as they did over a decade ago. An instantly gripping premise and Hannah’s intriguing, tightly-woven plot makes this a must-read. (23 January, Hodder & Stoughton)

The Unlikely Escape of Uriah Heep by H. G. Parry 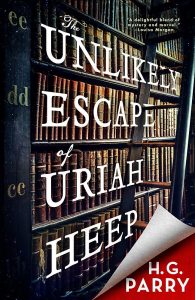 The debut novel from H. G. Parry is an absolute treat for literature lovers. It tells the story of Charley Sutherland who’s spent his entire life trying to conceal a magical ability he hasn’t been able to master: the power to bring characters from books to life. When these popular literary characters begin to threaten the world, and it becomes apparent that someone else shares Charley’s remarkable gift, Charley and his totally normal brother Rob must join forces to stop them. The Unlikely Escape of Uriah Heep has mystery, adventure, wit and magic – all the ingredients for an enchanting and vibrant fantasy tale. (23 January, Orbit)

Our Fathers by Rebecca Wait 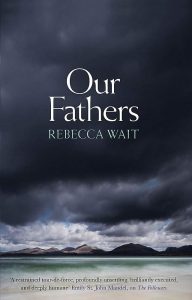 Tom was eight years old when his father took a shotgun and killed his family. As the only survivor, Tom left his shell-shocked island community, trying for twenty years to escape his past. But the pull for answers is always there and Tom is drawn back to the wild landscape of the Hebrides. Rebecca Wait’s third novel is a story of fathers and sons, and of ordinary people unable to move on in the aftermath of inconceivable violence. It’s a haunting yet compassionate portrait of grief, trauma and the memories people try to forget. (23 January, Riverrun)

The Likely Resolutions of Oliver Clock by Jane Riley 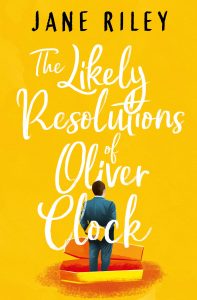 Oliver Clock lives a perfectly regimented existence. He has a steady job, colour-coded socks and an alphabetically organised pantry. He’s not exactly living his best life but he’s plodding along just fine. So when the woman he secretly loves, Marie, is tragically taken out of his life, Oliver suddenly faces a bleak, uncertain future. Confronted with Marie’s private diary, which reveals she secretly loved him back, Oliver resolves to open himself up to love and the unpredictable chaos of life. Jane Riley’s debut is a lovely, life-affirming tale to banish the January blues. (1 February, Lake Union) 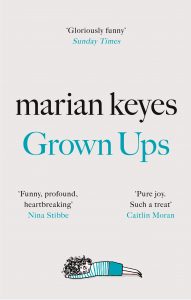 Marian Keyes’ fourteenth novel is a wise, warm and witty story that questions what it means to be a grown up. It centres on the Caseys, an outwardly happy and glamorous family who are less than perfect on the inside. All it takes is one thoughtless remark at a family birthday party and the secrets of these so-called ‘grown-ups’ begin to unravel, prompting them to re-evaluate their lives. Keyes absolutely nails the essence of a modern-day family, with all the struggles and conflicts that we all face. Just brilliant. (6 February, Michael Joseph) 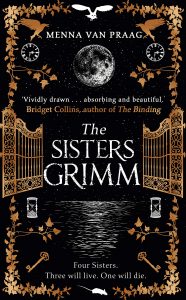 If we’re judging books by their covers, then Menna Van Praag’s The Sisters Grimm will be one of the most beautiful books you’ll set eyes on in 2020. Thankfully, the story held within its pages is equally bewitching. Set between contemporary Cambridge and an eerie otherworld called Everwhere, this is a coming-of-age tale about four sisters born to different mothers on the same day and the destiny that entwines them. It’s a darkly beguiling delight that’s perfect for fans of rich and imaginative fantasy books akin to Erin Morgenstern and Neil Gaiman. (6 February, Bantam Press)

The Foundling by Stacey Halls 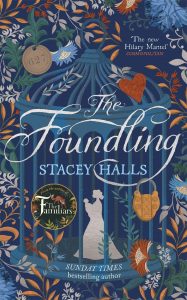 The Foundling transports readers to Georgian London as it centres on two women from different backgrounds. One of them is mourning the loss of her illegitimate daughter after someone else dishonestly claimed her from the foundling hospital, whilst the other is a young, reclusive widow in need of a nursemaid for her own daughter. Stacey Halls was one of last year’s breakout literary stars with her debut The Familiars. This second book – an absorbing tale of motherhood, class and equality – is set to secure Halls’ place as one of the UK’s most exciting historical