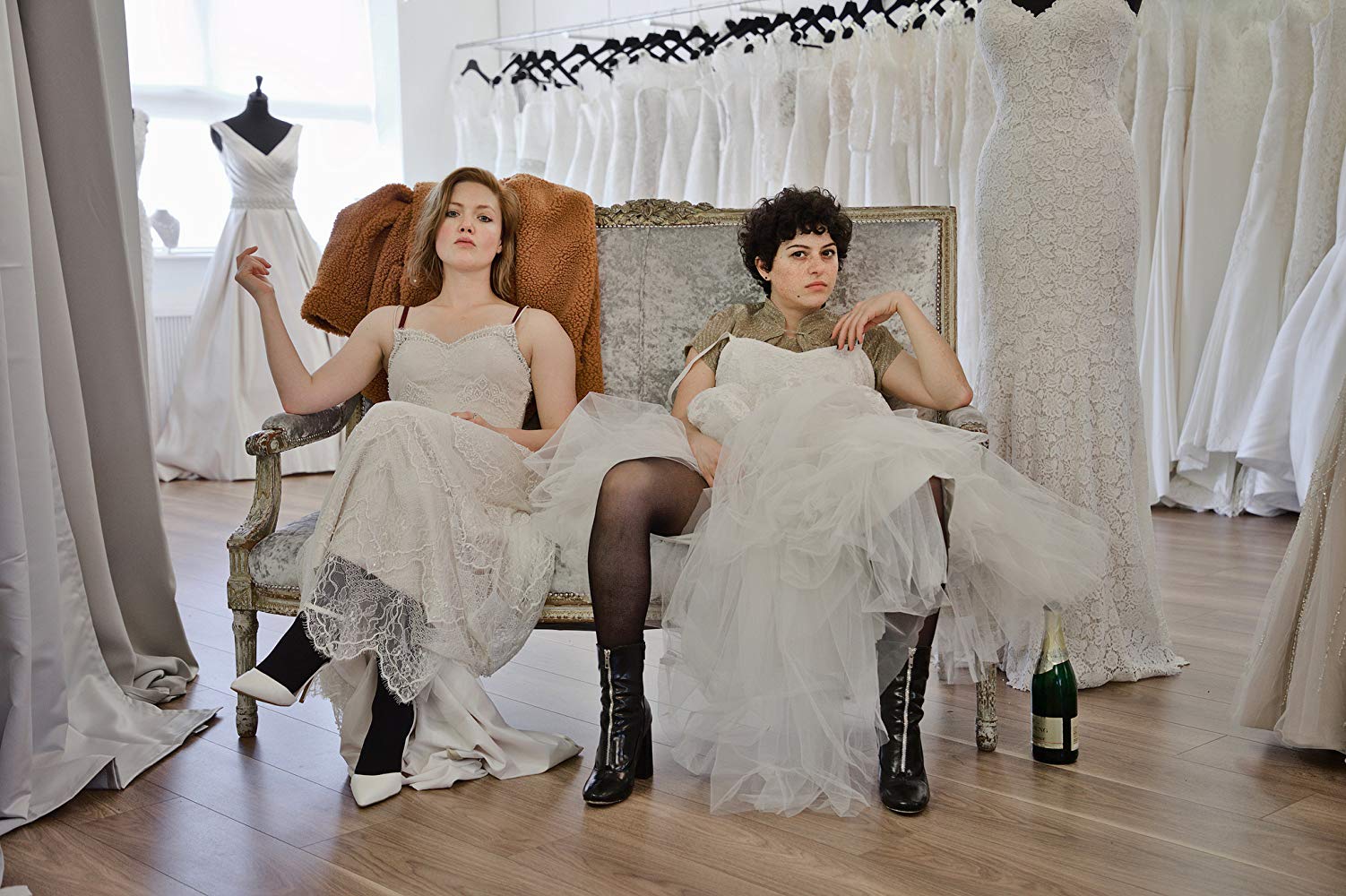 “What do animals need most?” Among a host of other questions, this is what Sophie Hyde explores in her adaptation of Emma Jane Unsworth’s 2014 novel. Setting shifted to Dublin rather than Manchester, we follow best friends Laura and Tyler at the end of their twenties (early thirties, in the case of Holliday Grainger’s Laura), still partying and living like there’s no “real” adulthood around the corner. They’re messy and deeply co-dependent but not without ambition. Party animals, no doubt, but also animals in the primal sense, going after pleasure before anything else.

Grainger sports a winning Dublin accent for Laura while Tyler (Alia Shawkat) is American, with a tense relationship with her family who she no longer speaks to – though, presumably, her spacious flat must pay for itself somehow. Regardless, she’s comfortable and established enough in Laura’s life that her presence at family dinners is unquestioned. Laura’s parents dutifully ask after Laura’s novel and we watch Laura have the realisation that she has been penning the same one for ten years – with about one page for those years actually finished. On the seemingly standard night out that follows, the two meet Jim (Fra Free), a concert pianist. But the rest of the film is less “girl meets boy”, more “girl meets boy and struggles to be who she thinks boy and her parents want her to be, whilst also fighting to maintain the turbulent friendship with girl”. Oh, and “there’s another boy thrown in there, a poet, who girl has a charged, semi-flirtation with after she gets engaged to the first boy, for good measure”.

Animals is about many things: family, adulthood, romance, friendship, writing. That’s part of an issue with it – there’s something about it that feels slightly all-over-the-shop that a novel can help avoid. There’s not quite enough time to deal with all of them, nor the time to let these elements breathe.

Tyler represents this perfectly. While Animals is certainly presented as a two-hander, we know much more about Laura’s life and follow her trajectory in this story much more closely than Tyler’s. Grainger has an undeniable, almost mystical magnetic quality – a face made for the screen. Through minute shifts in her expression she’s able to convey a vulnerability and defensiveness that guide us through the complicated, fraught phase of her life she finds herself in. Tyler is stuck – not just in the life-sense, because that’s Laura too – but she’s literally stuck in the somewhat stilted dialogue written for her. Laura is the writer, but Tyler is the one waxing poetic at any given opportunity, disillusioned about love, life, and marriage. Shawkat shines on screen and her chemistry with Grainger is electric to see. The film’s most charming moments are when they let their friendship just be, without any pretension and soliloquy, and we see how lived-in it is. 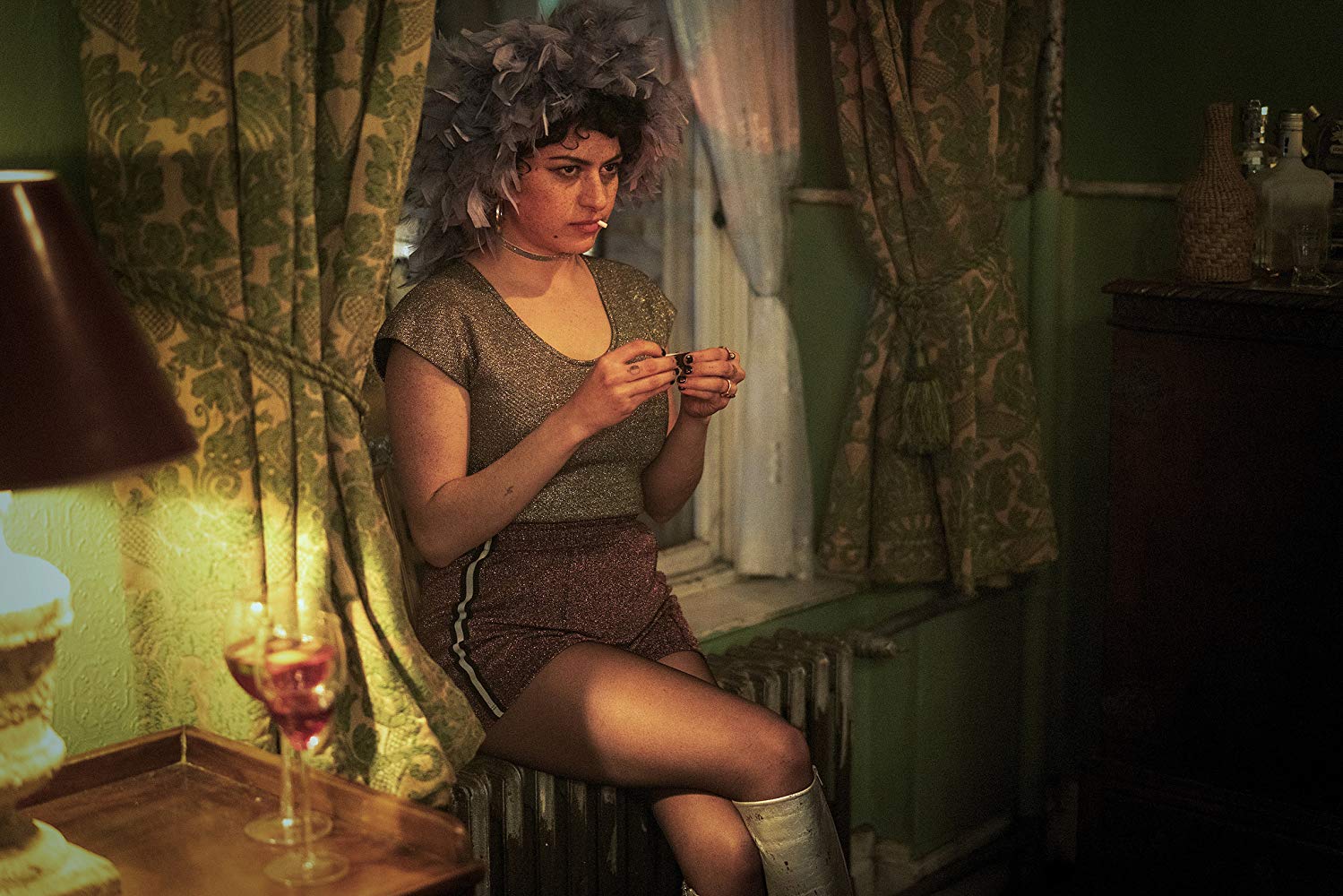 Rooting for Tyler – truly rooting for her – is tough when we can see that she holds Laura back as much as she liberates her. Laura has her own qualms about settling into idyllic married life, particularly as she sees it reflected in her sister’s suburban prison, but it’s clear her life with Tyler isn’t just unsustainable, it also makes her unhappy. Tyler’s insistence that Laura live as a “true artist” is as stifling as it is unfailingly supportive.

“What do animals need most?” Tyler believes it’s sex, Laura says food and the poet who posed the question, Marty (Dermot Murphy), answers, “safety”. Laura wants all three, in actuality, which we know because of how deeply we get to know her, but Tyler supposedly sticks by the answer she gave. Which in itself wouldn’t be a problem – we’re in the age of Fleabag and Russian Doll. We want women on screen to be sexual, vibrant and vulnerable, just like real ones, but Tyler only hits two of those. A small moment pertaining to her family back home illuminates her somewhat, but it’s about all we get in terms of emotional complexity. We barely know what she does for a living, much less her future plans, her dreams – beyond what she wants to do that night. Why is it that Laura is a party animal who also wants to be a writer, but Tyler is just the animal? And if that’s on purpose, why is it so woefully unexplored in favour of two boys who are clearly nowhere near as dear to Laura? 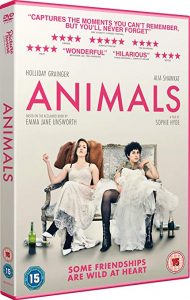 On that note, it perhaps wouldn’t be as glaring if their relationship was as central to the film as the ending wants us to believe it is, but Grainger shares as much screen time with her love interests as she does Shawkat. This is likely not the case in the novel, but such as the limits of this medium.

What Animals needed most was to probably stay a book, but it’s not a complete loss. It’s stylish and glossy as much as it is well-acted and well-edited. The filmmakers believe in the heart of the story, even if they can’t quite settle on what that is, and even if missing the mark, more stories about women wouldn’t go amiss.

Animals is out on DVD, Blu-ray and Digital now.