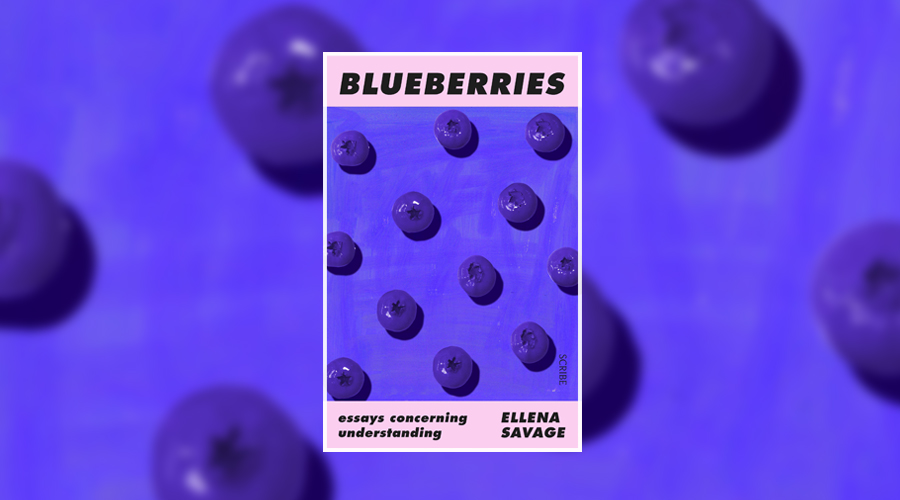 One of the manifold pleasures of Blueberries is that, because its purview is so wide, you never know, from essay to essay, where Savage is going to take you next. Recollections of past romance become recollections of youthful correspondence and future dreams, which become a debate over the need for writing, which becomes a question of the enjoyable frivolity of expensive beauty products, which leads to the fluid impossibility of memory. Savage’s mind is lively, ever-searching; she refuses to sit still and stop questioning – history, society, most of all: herself. And the result is invigorating.

Although Savage is an academic, and her writing is well argued and intellectually rigorous, there is also a fair amount of poetry to be found in Blueberries. She experiments with form from piece to piece; one is written like an Allen Ginsberg poem; one is in the style of a newspaper column; another features her inner monologue, with dissenting voices that argue with her assertions. When making lists, she abandons the use of commas, investing each of the sentences with a rush of energy. Besides all the insight and interesting questions she raises, each piece in the collection is constructed with tremendous creativity, and that makes Blueberries not just a thought-provoking read, but a beautiful one.

One of the running themes of Blueberries is Savage’s insatiable desire for travel. In addition to her native Australia, she describes time spent in America, the UK, China, Germany, Poland, Denmark, Sweden, Portugal, Japan. But it never becomes a simple travelogue. As with each one of the facets of her life that Savage places under the microscope, she ruthlessly interrogates both it, and herself. Why does she travel? Why does anyone? What is she running from? Or is it something she’s running to? There are more questions than answers, and that’s how it should be. That’s how life is.

The other main theme, the most prominent one, is what it means to be a writer and to live a writing life. Most of Savage’s essays tackle this question in one way or another, sometimes directly, sometimes less so. Her voice tends toward the cynical, yet when she writes about writing, her tone becomes brighter. ‘Writing is an argument for hope; it believes in the future…in the ongoingness, the wanton tenacity of human beings,’ she says. And she’s right. The world has rarely – if ever – seemed scarier than it does at the moment, but there is hope to be found in writing like Savage’s; hope that one day we will be out the other side, and things will be, if not perfect, then at least better.

Blueberries is quite simply one of the best essay collections of the last twenty years. Read it, and feel that hope for the future we all need right now.

Blueberries is published by Scribe UK on 9 April 2020