Stella (Haley Lu Richardson) and Will (Cole Sprouse) are two seventeen-year-olds with life threatening Cystic Fibrosis. They meet in a hospital ward and fall in love, but thanks to their disease, they aren’t allowed to go within six feet of each other. Though they are desperate to indulge in the usual pleasures of teen romance, for them, even a touch could be deadly.

The latest in a long line of ‘sick kid movies’, Five Feet Apart is the directorial debut of Justin Baldoni, best known for playing Rafael on the CW series Jane The Virgin.

With the exception of one sequence at the finale, the whole film is set in a hospital (albeit a hospital that comes equipped with an aquarium and a swimming pool). It’s an insular life for these severely ill teenagers, who rarely get to see the outside world. Whilst Stella, Will and their friend Poe (Moisés Arias) spend the majority of their time in rooms right next to each other, wary of the six feet rule, they mostly communicate with their phones and laptops. When they are so scared and so sick, it’s particularly cruel they can’t be comforted by the ones who know just how they feel. 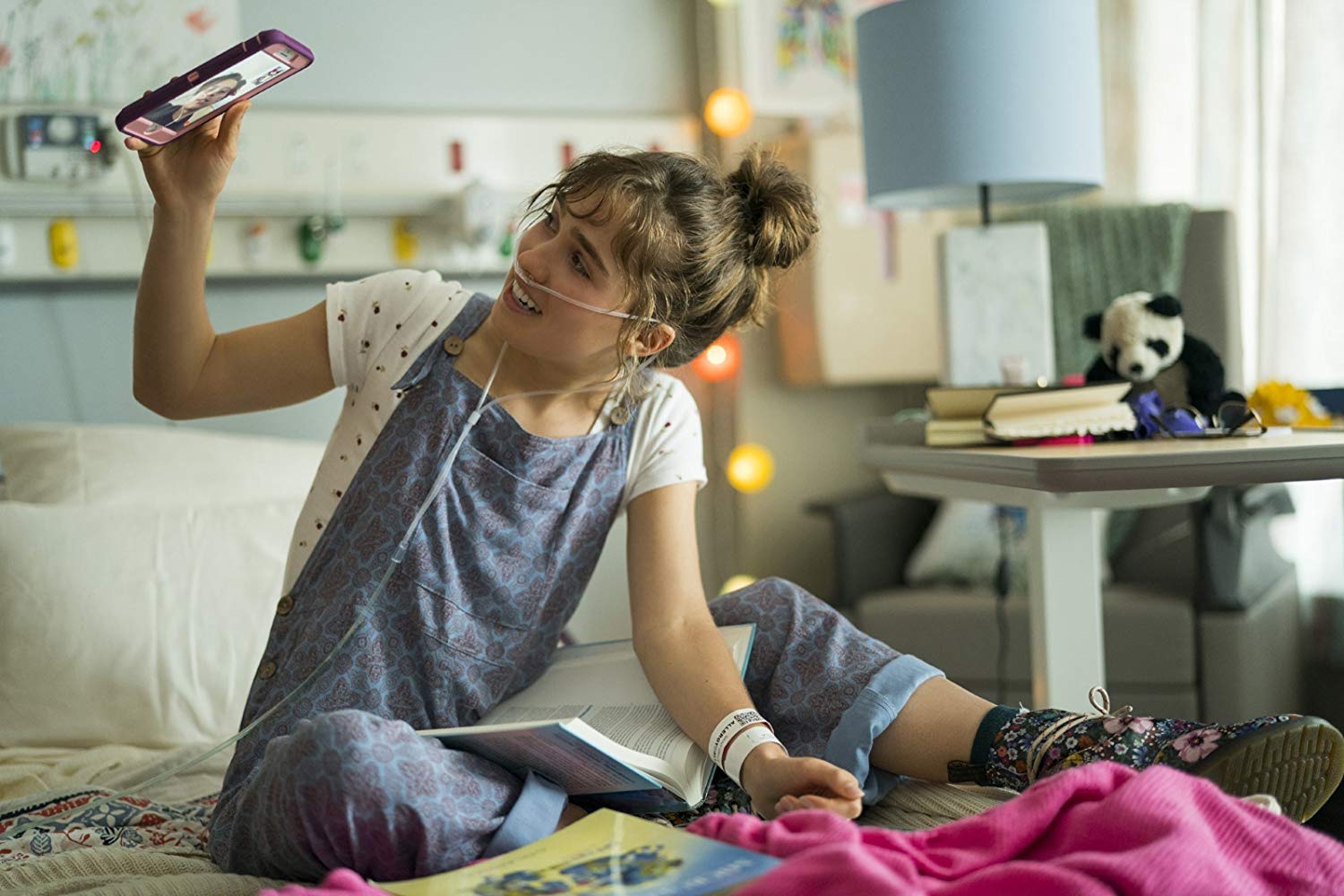 Five Feet Apart is admirably blunt when it comes to the bleakness of Cystic Fibrosis, at least for a Hollywood movie. Stella, Will and Poe are all well aware that their hospital ward could be a death row for them. Even if they are gifted with a lung transplant – and the odds are against them – then that only gives a five-year reprieve. Small talk on the date between Stella and Will involves them musing on how they will eventually die by drowning in their own lung mucus. The film doesn’t shy away from the fact that their lives will be short and painful.

What a shame then, that it gets bogged down by so much sentimentality. From the sappy soundtrack to the glut of montages, there’s so much schmaltz in Five Feet Apart, it threatens to overwhelm everything. The overblown finale, which involves the characters making an astonishing number of bad decisions in a very short amount of time, is also frustrating. By the time the final piece of trite dialogue is delivered (‘Life is too short to waste a second’), you’re more likely to laugh than cry. 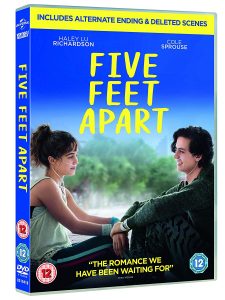 If Five Feet Apart works at all – and it mostly, sort of does – then it’s thanks to yet another terrific performance from Haley Lu Richardson. She nails the tricky emotional terrain of someone with a serious illness; the determination to put up a cheerful front for friends and family, and the tiredness, the sadness, behind it. While the dialogue she is landed with can be awful, she sells the hell out of it. You believe every hokey, syrupy sentimental word she says.

Mawkish and trite though it can be, that stellar performance from Haley Lu Richardson saves the day.

Five Feet Apart is out on Digital and DVD now.