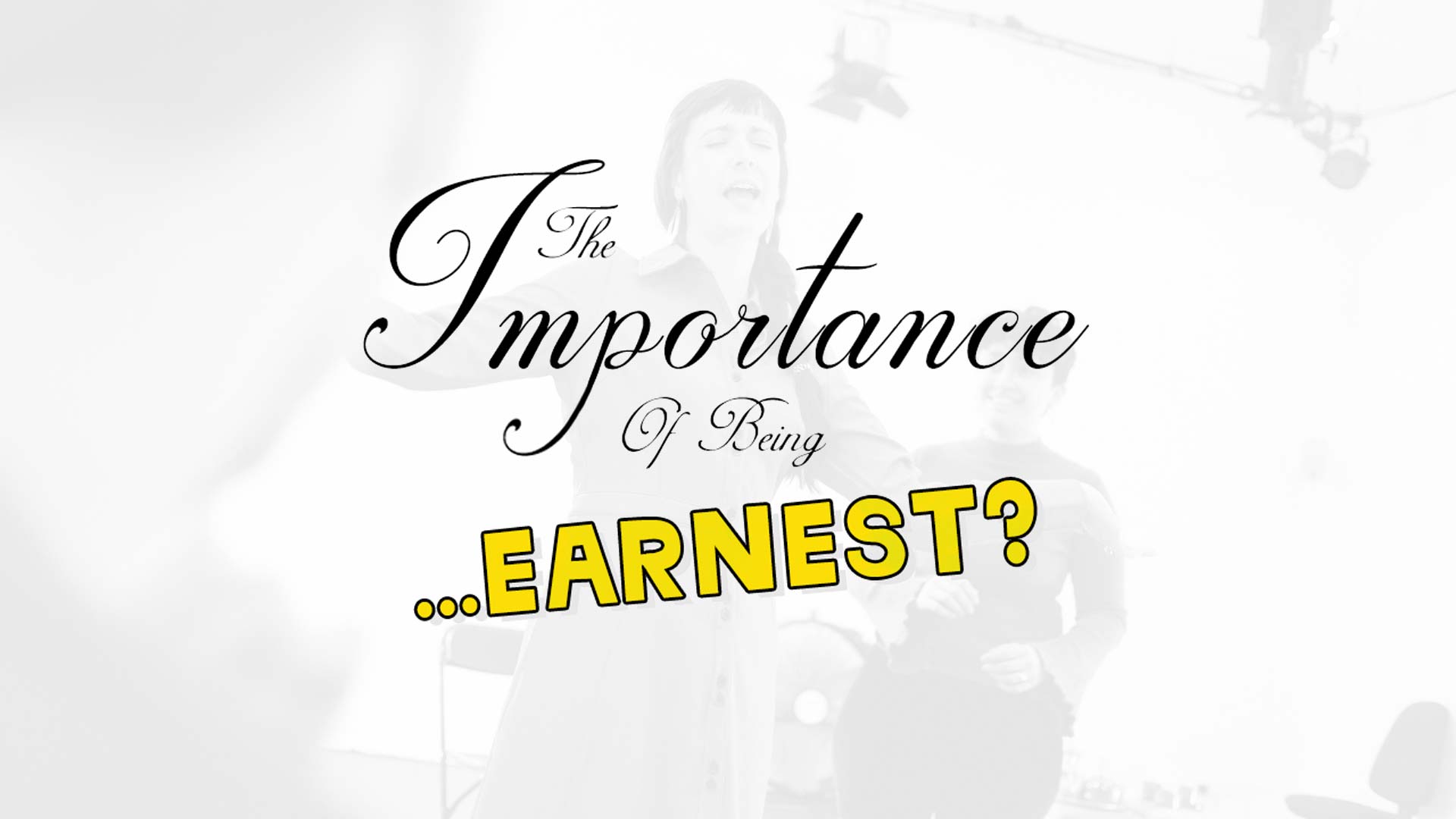 With the 125th anniversary of The Importance of Being Earnest approaching, the farcical comedy is certainly due a few revivals. Say it Again, Sorry have thrown their hat in the ring and brought the play bang up to date by introducing an interactive element as disintegrating members of the cast are replaced by random spectators one by one. What follows is a high wire mix of Wilde narrative, theatrical in-jokes and tensely amusing improvisation.

The audience enters to offers of cucumber and tuna sandwiches. They leave having all made it on stage to celebrate a double wedding. In between there is a riotous collision of professional and amateur performers; some follow a clear path while others meander through unexpected turns. The set gets torn up. The script appears and disappears. Well-choreographed fights and a chaotic flashback take things up a notch as the stage swells with the original performers and their substitutes.

Somehow they hit the major plot points. Rhys Tees is on stage for most of the three acts, holding the action and participants together as Graham playing Lane and Miss Prism. Tom Cray plays director Simon, over engaged in the action as he is forced to replace actors on the fly to push the action along. Luckily Ben Mann balances him out as tentative stage manager Josh. Their behind the scenes antics are enhanced by faux intervals where the awkward developments play out centre stage.

There’s a healthy use of cliché in the main characters as they move in and out of the play within the play. Trynity Silk has feisty fun as a drunk Gwendolen and Susan Hoffman is a fabulously bitter Lady Bracknell who refuses to work with the amateurs thrust upon her. Guido Garcia Lueches is an uptight Algernon full of delightful upper class mannerisms, while Louise Goodfield is charmingly torn between her dream of playing Cecily and a magical career opportunity. Everybody moves and talks with the grace and eloquence required of Oscar’s script, with an added dose of modern references.

It’s a fascinating experiment and an enthusiastic audience give it laughs, heckles and applause wherever required.  There is no sign of Ernest Jack Worthing but who would need him when Hannah, pulled from the third row, can fill in so ably. Long live this new bonkers form of audience participation.