You’d be forgiven for viewing any new film with the name ‘M. Night Shyamalan’ attached to it with a heavy degree of skepticism. In the early days of his career, Shyamalan essentially became an auteur unto himself with the likes of The Sixth Sense, Unbreakable and Signs – intensely formulated and rivetingly suspenseful character studies with a supernatural or science fiction laced underpinning, featuring final act twists and revelations that quickly became a hallmark of his work. Quickly imitated by his Hollywood peers, Shyamalan became something of a parody with critics and audiences, gaining horrifically scathing reviews for The Village, Lady in the Water and The Happening, before the director ventured off into the realms of fantasy and science fiction with The Last Airbender and After Earth; neither films doing Shyalaman’s career any favours.

After low budget found footage B-movie The Visit, Shyamalan continues his gradual return to form with Split, a film that harks back to the ambitious high concept storytelling, fuelled by intensely drawn character work, and an ever increasingly gonzo psycho-thriller narrative that impressively evolves into an absurdly inventive thrill. However, this time, Shyamalan exchanges his usual gimmicky twist for a slow tease of revelations and escalating tension of the its ever increasingly wacky premise, although a last-minute surprise or two is not entirely out of the question.

Set in a sombre Philadelphia, the story begins when three teenage girls are abducted from a parking lot and taken to an underground lair beneath the Philadelphia zoo by a strange man named Kevin (James McAvoy). But there’s something different about Kevin for he suffers from a condition called dissociative identity disorder, albeit in an extreme movie sense of the term. Kevin’s mind is in fact home to twenty-three alternative personalities, ranging from a nine-year-old boy, an OCD caretaker, and a sinister domineering English woman named Patricia. To divulge any more of the plot would be to venture into spoiler territory and Split is one of those films that is best experienced as fresh as is possible. 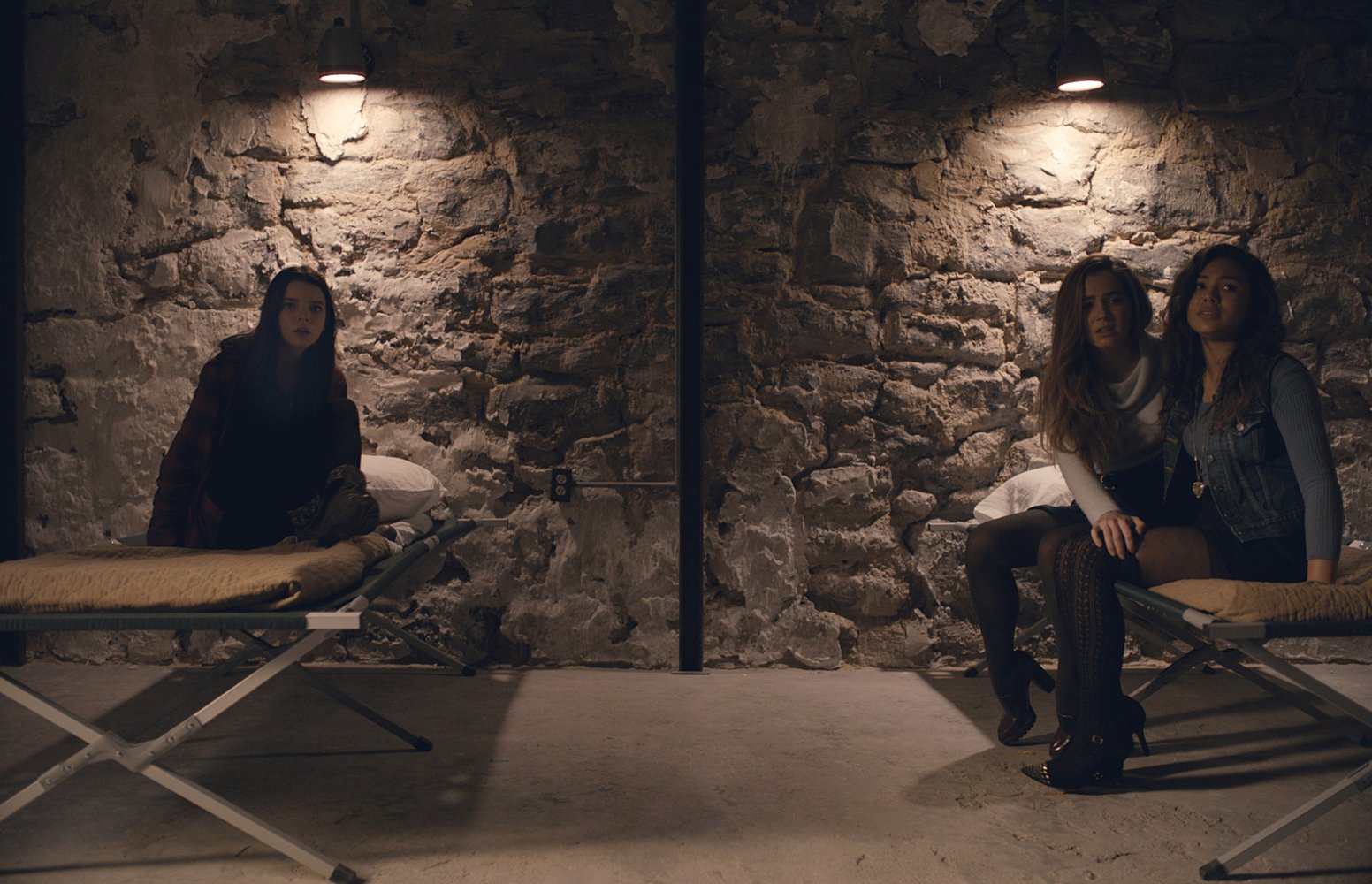 What I will say is that, with a simple furrow of the brow or a unsettling turn of expression and voice, McAvoy anchors the film with a chilling performance, and looks to be having an absolute blast playing the vast number of personalities on display. With a shaved head and smile that is as warm as it can be malevolent, every moment of the film hangs on the believability of his performance and thankfully he nails it, holding your attention throughout. Anya Taylor-Joy, meanwhile, continues her rise with another highly impressive turn, playing the despondent ‘weird girl’ Casey with a strength and verve, as Casey quickly establishes herself as the central heroine by choosing to engage with her captor rather than attempt any conventional means of escape, allowing for some pretty intense exchanges between her and McAvoy. Aided by a few strategically placed flashbacks to Casey’s childhood, we soon understand why she is a character totally prepared for her situation as her predicament becomes more desperate.

But make no mistake, this is McAvoy’s show through and through, and it’s on his shoulders on which the film’s bonkers insanity often succeeds. West Dylan Thordson’s score adds to the intrigue as Kevin’s multiple personalities begin to converge and escalate into something far more chilling to behold, as the simple adage of “you are what you think” becomes all too true towards the film’s conclusion.

The film is not without flaws; the dialogue is at times incredibly clunky with direction too forced and stilted, but thankfully, all these faults are minimal and once Split settles into itself, the film brazenly embraces its high concept status. Split may not be the grandstanding comeback that fans of Shyamalan’s earlier work were hoping for, but as a stripped-down B-movie, with ambitious high concept storytelling and the terrific McAvoy at the centre, it’s certainly worth your time.