Book Review: Hold Back The Stars by Katie Khan 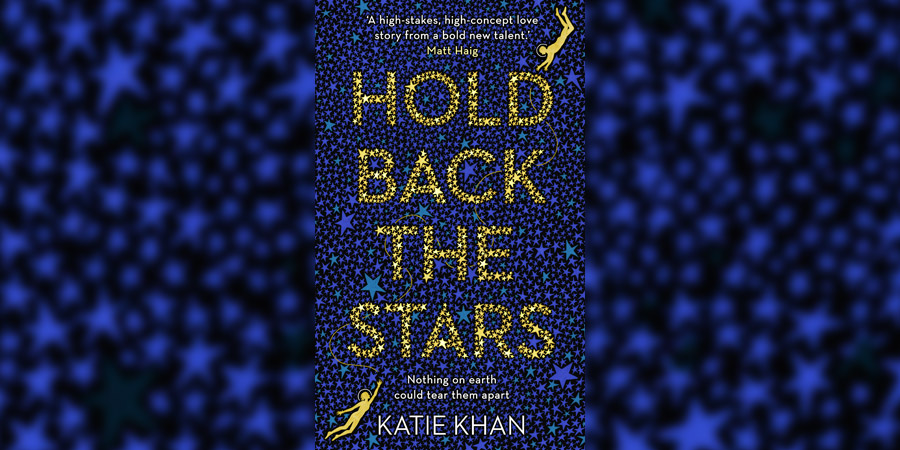 In a world where love is banned, what happens when you find it?

Katie Khan’s debut novel has been described as a mix between David Nicholls’ One Day and the Oscar-winning Gravity, and with its seamless blend of tragic romance and science fiction, the comparisons are pretty spot on. An ambitious and sweeping story that opens with a young couple adrift in space, Hold Back the Stars is about finding love when you least expect it and knowing when that love is worth fighting for.

Inspired by Khan’s fascination with the stars, the novel begins as over-achieving space pilot Carys tumbles through space after being separated from her ship. “This is the end”, she says to her companion Max, gripped by an understandable panic as they fall further from safety and closer towards certain death. The couple have ninety minutes of air left and none of the equipment to get them back. It looks bleak, to say the least.

Taking it in turns to panic and reassure each other, Carys and Max spend each precious minute seeking ideas for how to propel themselves back to the ship, whilst reminiscing on the moment the stars aligned to bring them together. In a space age multicultural European Utopia, Carys and Max shouldn’t have fallen in love. Theirs is a world where people are expected to live independently as individuals until at least the age of 35, when it’s deemed they know their own mind enough to settle down.

The Couples Rule ensures a society of individualism, which means “freedom when you’re young, family when you’re old.” For pro-Utopian Max, it was the perfect arrangement until he met Carys, who doesn’t share his stout belief in the system. Pulled together like magnets, the couple play down their romance until events force Max’s hand and he’s required to make a choice that sets in motion the events that lead them to the moment they’re falling through space.

“The dusk of stars surrounds them as they fall, suspended like puppets on the string of space.”

The novel switches between the past and present, revealing the different stages of Carys and Max’s relationship as they struggle to come up with a solution for their increasingly hopeless predicament. The story overturns gender stereotypes, making Carys the capable space pilot and Max the optimistic dreamer. As we slowly discover the conventions they broke just to be a couple, the minute-by-minute countdown until they run out of air is heart-breaking. You want them to live, for there to be a Gravity-inspired miracle, and waiting to see if that will happen is excruciating.

Khan sets the pace perfectly, creating a sense of desperation in the present, which juxtaposes with the youthful romance developing more sedately in the past. The Utopian society shines a light on the pitfalls of young people falling in love and making their lives about someone else before they fully know themselves. And yet with Carys and Max, two people who know they’re meant for each other, it’s not a system that works in their favour. Khan has captured the joy and pain of first love, writing about romance and the inevitable anguish it can bring with warmth and empathy.

If you like vivid space stories with plenty of romance, you’ll love Katie Khan’s Hold Back The Stars. And with a debut this good, Khan is a rising star you’ll want to keep an eye on.