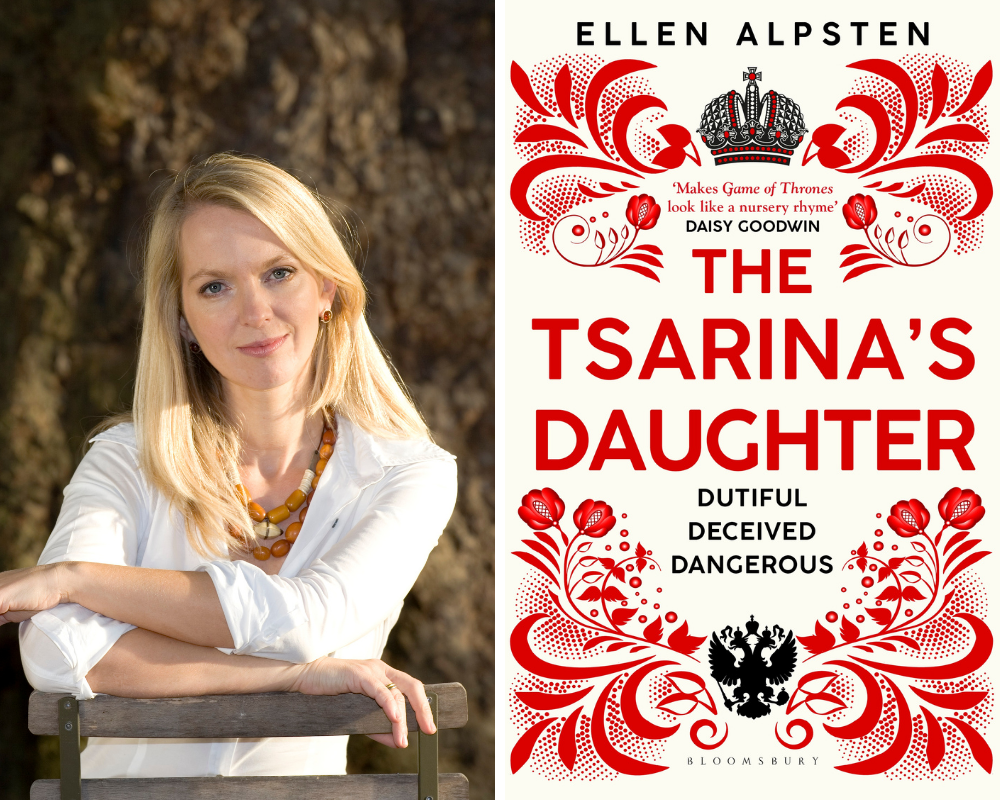 Never before has there been so much interest in female power, be it historically, or current politics. Literature and TV adaptations are no exception – yet I am incredibly lucky: Both my debut, ‘Tsarina’, and my new novel, ‘The Tsarina’s Daughter’ are first ever novels published about these early, extraordinary female Romanov rulers. How did both women establish themselves as rulers of the world’s largest and wealthiest realm in a time of a brutal patriarchy?

While ‘Tsarina’ tells of the astonishing rise of Catherine I. of Russia from illiterate and illegitimate serf girl to first Empress of Russia, ‘The Tsarina’s Daughter’ lived the opposite to her mother: the ‘world’s loveliest princess’ fell from riches to rags and was derided and destitute before rising from rags to Romanov. Like a modern woman, she refused to consent to a loveless, second-rate match or to retreat to a convent. Her path was stony, and when she seized what was hers – her parents’ throne – it came at a terrible price.

‘The Tsarina’s Daughter’ is also the story of the birth of modern Russia; a rising Empire in turmoil and change, the madness of war, and the reckless brutality of absolute monarchy when nothing is as abundant and worthless as human life. The research that made me enter Elizabeth’s strange, shocking, and sensuous world, was taxing. Female maltreatment was rampant and life – even as an Imperial Princess, a tsarevna – like a roaring river tearing her along: sink – or swim. Elizabeth’s sheer survival bears testimony of her strength and the refusal to surrender.  Yet if Elizabeth overcame the strictures of a male-dominated society, the ‘good old times’ were not such for her gender in general. The female condition was a fabric woven from lack and longing – Russian woman in the post-Petrine era received no education, often suffered an early, forced marriage and almost annual childbirth – each time was a gamble of life and death. In an average izba – a peasant’s hut – there was no privacy, no drawing breath, no hope. Yet life was only marginally better for ladies of rank: when watching the wedded women around her, Elizabeth decided to remain unmarried.

The change came through war and internal conflict, who are often also the harbinger of progress for women. If all men are in battle, women have to run the trade. If sons stay in the field, unmarried daughters ought to inherit. Following the decades-long Great Northern War against Sweden, Peter the Great’s widow Catherine I. pursued his policies. Yet like a sorcerer’s apprentice – unable to master the spirits that it summoned – Russia was threatened by inner demise through the westernisation and to live under Tsars of foreign blood. Elizabeth cleverly styled herself as the first ever ‘People’s Princess’, putting Russia and the Russians first.

‘The Tsarina’s Daughter’ is one wild, seductive ride, but also an attempt to explain Russia, which is once more a riddle, wrapped in a mystery, inside an enigma for the western world.