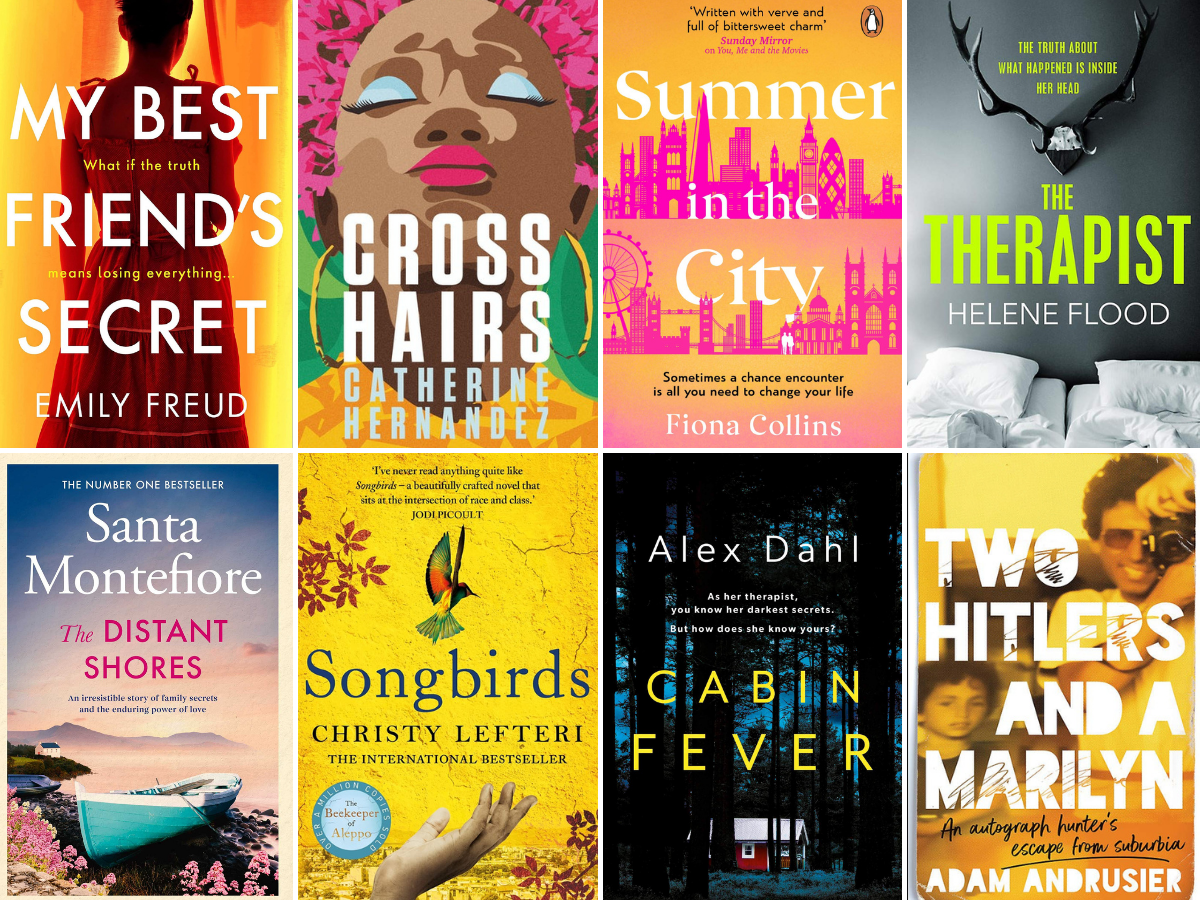 July might have got off to a stormy start weather wise, but the publishing calendar is as bright and exciting as ever. Our picks for this month include thrilling debuts, emotional family tales, unnerving dystopian fiction and an entertaining memoir. Whether you’re venturing off on holiday or simply need an absorbing novel to while away the summer days at home, here are 8 books to add to your July reading list.

The Therapist by Helene Flood 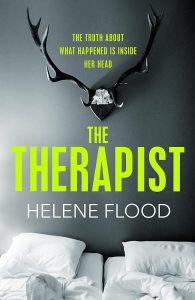 Translated from Norwegian by Alison McCullough, this dark domestic thriller straddles the line between reality and what happens in people’s heads. Sara’s husband has arrived at the holiday cabin. Or at least that’s what he says in the voicemail he leaves her. When a call from his friend suggests otherwise, Sara tries to carry on as normal, listening to her clients as they share they deepest fears. As the hours stretch by, Sara’s own anxieties begin to rise to the surface, and when the police finally take an interest, she’s forced to question everything she knows about her relationship. Psychologist Helene Flood’s first adult novel hooks you in straight away and will keep you guessing until the very end. (8 July, MacLehose Press)

Two Hitlers and a Marilyn by Adam Andrusier 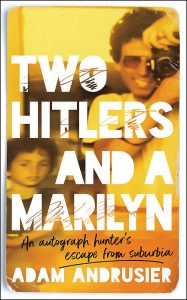 In an era of social media, selfies and live streaming, the distance between celebrities and fans doesn’t feel as vast as it once did. Celebrities used to be elusive and mysterious, their glamorous lives beyond the reach of those who idolised and adored them. In his fascinating debut, Adam Andrusier takes readers back to those days, to his own childhood where he pursued and collected the autographs of famous people. Moving from adolescence to adulthood, the book explores not only an obsession with autographs and idols, but also what happens when a search for the authentic uncovers fraudulence closer to home. Offering a warm, witty and poignant glimpse into the past, Two Hitlers and a Marilyn is a memoir of fandoms, forgiveness, growing up and letting go. (8 July, Headline) 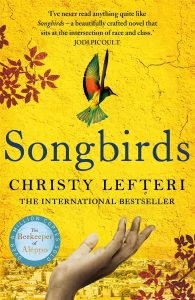 Christy Lefteri’s bestselling 2019 debut, The Beekeeper of Aleppo, was a gut punch of a novel that explored grief, love and finding the beauty in a world marred by war. Her second novel, Songbirds, is another moving story that reveals the strength of the human spirit. Yiannis is a poacher who traps songbirds that stop in Cyprus during their migration from Africa to Europe and sells them on the black market. He dreams of a different life, of marrying Nisha, who cares for another woman’s child by day and mothers her own little girl back in Sri Lanka over the phone by night. When Nisha vanishes one day, Yiannis’ world is shattered. Joining forces with Nisha’s employer Petra to find out what happened to his lover, the two embark on a journey of discovery that reveals how little they really knew about Nisha. Based on the real-life disappearance of domestic workers in Cyprus, this is an emotional yet inherently human story that really makes you feel for its characters. (8 July, Manila Press)

Summer In The City by Fiona Collins 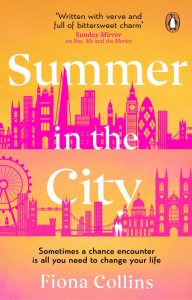 Set across one summer in London, Fiona Collins’ latest novel centres on daughter and father duo Prue and Vince who live their lives from the comfort of their home, ignoring the vibrant city outside. Prue prefers to keep herself to herself and fade into the background, something that’s hindered by the birthmark on her cheek that brings more attention than she likes. Her father, Vince, is blind and together they spend their days sitting in silence, lost in their own thoughts. When Prue takes up an offer of free counselling, she’s encouraged to reassess their stagnant existence, leading father and daughter to venture outside to experience what their city has to offer. In doing so, they begin to discover just what they’ve been denying themselves – love, laughter, friendship and a future filled with possibility. Collins perfectly balances the light and shade of life, resulting in an uplifting and heart-warming book that proves to be the perfect summer read. (8 July, Corgi) 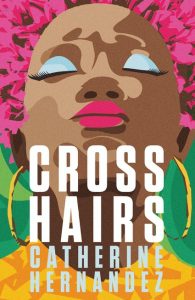 This timely LGBTQ+ dystopian tale set in Canada’s near-future centres around a queer Black performer and his allies as they rise up against an oppressive government-sanctioned regime who gather anyone deemed as “Other” into concentration camps. It’s told from the perspective of Kay, who, having lost not only his livelihood as a drag queen but also the love of his life, joins the resistance to rise up against The Boots. Accompanied by a transmasculine refugee, a rogue army officer and a headstrong social worker, Kay becomes an unlikely hero and a beacon of hope in this terrifying and tyrannical world. Echoing past atrocities, whilst at the same time offering a prescient warning for the future, Crosshairs is heart-breaking yet hopeful and vital reading. (8 July, Jacaranda Books) 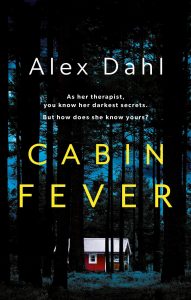 Kristina is a successful therapist in Oslo. She is a consummate professional until one of her clients, Leah – a successful novelist, arrives at her office in a distressed state, begging Kristina to come to her remote cabin in the woods. When Leah fails to turn up to her next two sessions, Kristina feels compelled to head out into the wilderness to find her. Alone and isolated, Kristina discovers Leah’s unfinished manuscript and as she reads it, she realises that the main character is frighteningly familiar… Cabin Fever is an unsettling and twisty Scandinavian thriller where readers have to peel back the many layers of the story to get to the dark truth. Cleverly plotted, with a creepy atmosphere that’s made all the more intense by the remote setting, the story deals with trauma, obsession, deception and secrets. If you like your thrillers slow burning and suspenseful, you’re going to love this. (8 July, Head of Zeus)

The Distant Shores by Santa Montefiore 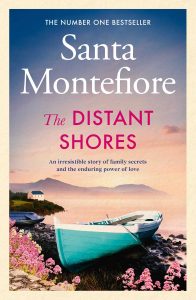 Margot has travelled to Ireland to write a biography of the famous Deverill family. To uncover the secrets of the past, she must speak to the current Lord Deverill, JP, a notorious recluse. But Margot isn’t a woman who’s easily put off. As she begins to unravel the family’s past, she forms a bond with JP, who has been isolated since running up debts that forced him to sell the family castle. Margot also finds herself growing closer to JP’s son, Colm, and she’s soon drawn into the Deverill family’s long-running disputes – many of which have been centuries in the making. Set in the 1980’s, The Distant Shores is a dual perspective novel about family, tragedy and forgiveness. It’s part of the Deverill series but can be read as a standalone too – such is Montefiore’s ability to pull readers into her stories. It’s pure escapism from beginning to end. (8 July, Simon & Schuster) 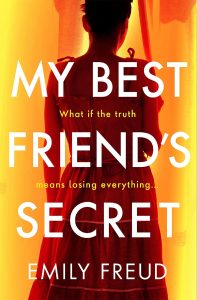 Kate Sullivan has worked hard to get sober and build a good life for herself. She’s finally settled and secure, with a steady job, a lovely home and a handsome fiancé. But a chance encounter with her old best friend Becky, who suddenly broke off their friendship without any explanation years ago, threatens to derail Kate’s newfound contentment. She’s desperate to get closure and make amends for a past she can barely remember, but what if the truth of what happened is worse than Kate could ever have imagined? Using her own personal journey as inspiration for her story, Emily Freud’s debut is a tense and taut psychological thriller about sobriety, friendship and fallen women learning to move beyond the traumas of the past. (22 July, Quercus)