Elite Squad Review: A gritty look at the darker side of law enforcement

With the Walter Presents platform on Channel 4 continuing to churn out show after show (indeed, such has been the success of the service in the UK that there are now plans for a paid-for American export), the latest to land on our screens is French police drama Elite Squad (or, for a more literal translation of its original French title Flics: ‘cops’).

Like any police procedural worth its salt, the focus of the first two episodes of Elite Squad isn’t on the criminals, or even really on the crime: it’s on the police themselves. Sure, the show opens on an attempted assassination of the Police Commissioner (which kills her chauffeur), but the majority of the action is dedicated to the characters, and not the case. Judging by the last moments of the second episode, there is certainly now a compelling crime for the remaining episodes to build around (I’ll avoid saying what those moments show for those reading this as a preview rather than a review), but prior to that, the show spends time building up its core.

That core, despite the show featuring a fairly broad cast, is ultimately the two leads: Victor ‘Yach’ Yachvili (Frederic Diefenthal), the head of the Undercover unit, and Boris Constantine (Yann Sundberg), the head of the Major Crimes unit. The ‘war’ between the two, as it’s referred to by members of their units, is undoubtedly the highlight of the show, providing an intense backdrop to the narrative. Having fallen out, to put it mildly, due to Constantine’s actions at a raid some years before the show, the two are at each other’s throats throughout the episodes, racing against each other to get to witnesses first, keeping information from each other (to the substantial cost of the operation, it should be noted), and generally taking every opportunity to remind everyone how much of an arse the other one is. It wouldn’t be out of place in a school playground, yet somehow the two actors pull it off without looking ridiculous. Is it professionally dubious that such an issue could brew so obviously at the top level of a major police force? Sure. But the same could be said for Luther, and Luther’s habit there of doing the right thing in totally the wrong way (and yes, also the wrong thing in the wrong way too more than once) is the driving force behind the show. 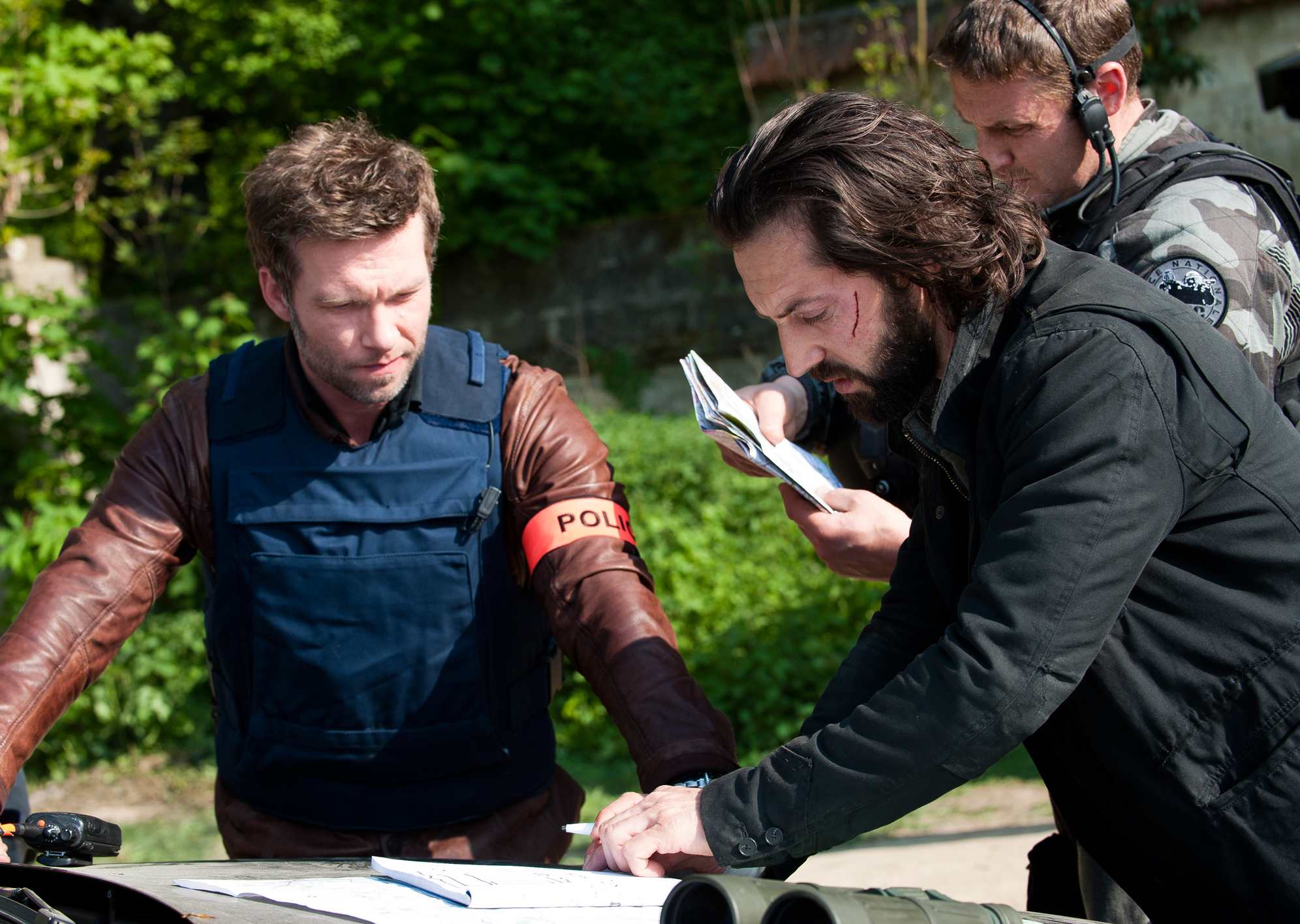 In many ways, the intrigue around Yach and Constantine overshadows the rest of the cast. It’s intentional, given much of the dialogue and screen time is devoted to them, but because of it, the other significant character plot, that of the two new rookies, Marie (Alice Vial) and Anne (Annabelle Hettmann) comes across as belonging less to those two characters, and more to their bosses, with each assigned to Yach and Constantine respectively. Anne’s storyline is almost totally connected to Constantine – first coming under fire for looking like his dead wife, before striking up what looks like the start of an unsurprising relationship before long – with the only exception being her connection to Marie. For her part, Marie starts out making a splash with her courage (or recklessness, depending on which way you look at it), before settling into a bit-part role within Yach’s unit. The casual sexism that seems to follow the treatment of both characters throughout is also slightly unsettling: Marie’s discomfort at colleague Salif taking liberties with their cover being played off as ‘banter’; and the fact that they are both (Anne particularly) portrayed as not just professionally inferior (which, as rookies, makes sense) but as emotionally and personally beneath their male counterparts being two obvious examples.

Elite Squad, like most shows, has its positives and negatives. While the two leads are compelling to watch, the rest of the characters suffer in return, with the male support cast particularly one-dimensional, and the female support cast questionably characterised. Beyond this, there is potential for the rest of the season, with the aforementioned twist that ends episode two predictable enough, but significant for the direction of the show.