Doctor Who is ridiculous. Sure, that could be said about lots of films, television shows or novels; I mean, The Human Centipede is a thing. For most fictions of any kind to work, they require some suspension of belief. But Doctor Who really does stretch the boundaries. An alien with two hearts who can turn into sort-of-someone-else to cheat death travels freely through space and time in any direction in a time machine that, due to a malfunctioning Chameleon circuit, appears as a police box, accompanied by humans and other species, and saves this Earth, alternate Earths and other planets and universes of the past, present and future from other aliens, other Earth species and anything else not included in those two categories. And that’s just the basic premise. Overall, Who is a ridiculous show. Brilliant, but bonkers.

So it’s saying a lot that ‘Extremis’ seemed like a mental episode of Who. It wasn’t so much the specific places the story went to that made it so, but rather how many different locations and moments were crammed into one episode. I had wondered what plotline would be devised that could possibly sustain a proper three-parter; ‘Extremis’ served as a handy explanation. By way of locations, we had: the Vatican and its cavernous secret library, the Pentagon, CERN, ‘somewhere a long time ago’ where the Doctor prepared to execute Missy, and the Oval Office.

And by way of concepts, we had: the Pope coming to the Doctor for help with an ancient text that compels anyone who reads it to kill themselves, the Doctor serving as Missy’s executioner (or not), the ‘monks’ that will apparently be at the heart of this three-parter, the Doctor trying to jumpstart his eyes, the death of the President, and the workers of CERN blowing themselves up. And all of this was topped off by the eventual reveal that it was all a great big simulation, a ‘test Earth’ to prepare for an invasion of the planet, and that no-one in the majority of the episode was really real. 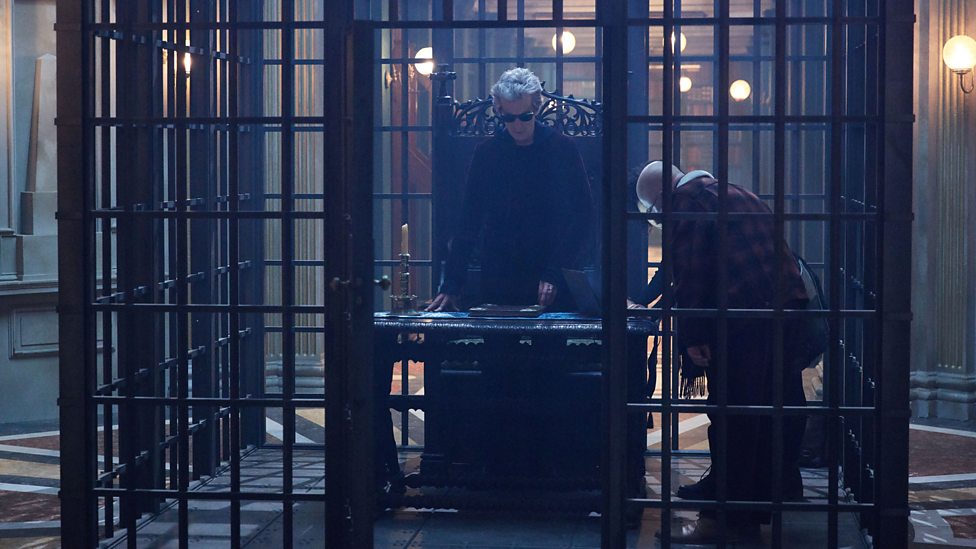 It shouldn’t surprise you to know that the episode was written by Steven Moffat. Who else who would try to fit so much into one episode? What might surprise you, if you’ve read any of my previous writing on Who, is that ‘Extremis’ actually worked. It had the typical Moffat revisionism – the past is dead, long live the present – but for once… that was okay, because all the twists and turns lead to the ultimate twist of unreality. There’s plenty of time for the story to unravel over these next two parts, but at the first checkpoint, things have gone well.

A couple points: first of all, it was all a bit Assassin’s Creed, with the Pope, secret parts of the Vatican and a simulation Earth used to prepare for ‘something big’. Perhaps the quasi-plagiarism is an issue; for me, it was interesting territory for an episode of Who and there are only so many sci-fi plots, so damned be the similarities. Secondly, can a ‘jumped-up routine’ really email their own real self? There might not be any ‘rules’ that the show’s simulation has to follow, so technically they can do what they want. But surely it follows that if a person – the Doctor – is a simulation, living in a simulated reality, he can’t possibly have ‘real’ technology on him that can transmit data in the form of an email to the ‘real’ world? Unless this is also a take on TRON as well as Assassin’s Creed. Or maybe, it doesn’t matter and I’m far too uptight about the ‘rules’ of sci-fi. Probably that.

As far as character drama, ‘Extremis’ was more of a highlight reel than anything. With so much plot to cover, the characterisation was restricted to the novelty of Bill and Nardole’s reactions to things. To an extent, the Doctor too, given Capaldi’s part-reinvention each year he’s been on the show – from gruff old man in series 8, to quirky guitarist in series 9, to the hoody-wearing Doctor of this year. Bill’s refusal to ‘stay behind’ Nardole in the Vatican library was matched by Nardole’s authoritative streak being revealed; each of their reactions to realising they were simulations were as expected. It was somewhat reminiscent to Amy’s reaction to waking up at the end of ‘The Almost People’ after the Eleventh Doctor shut down/exploded/deactivated (the right word’s out there somewhere) her Ganger, if only she had realised what she was as the Doctor did that. Seeing oneself dissolve into pixels would certainly be a disconcerting experience. 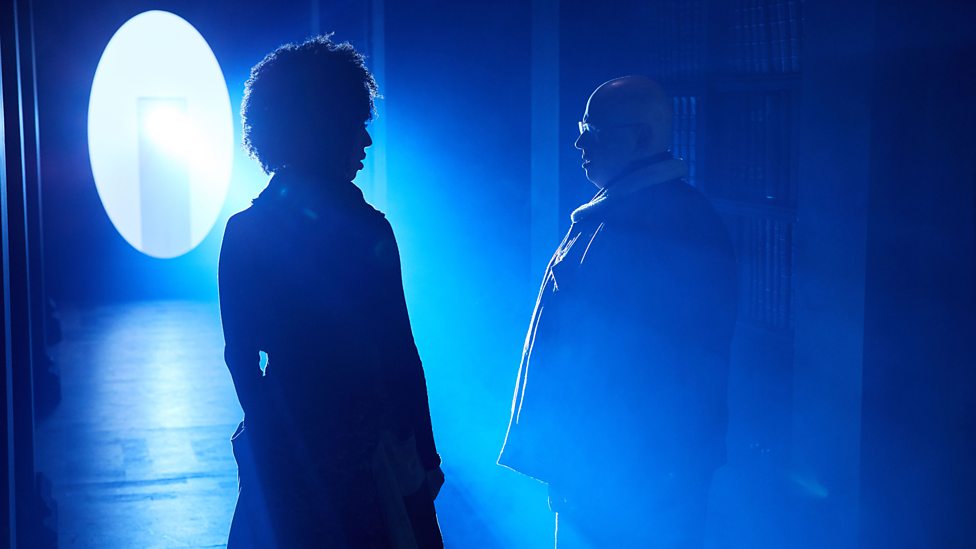 As for Doctor No. 12, it’s hard to discern what actually happened to him within the confines of ‘this story’, and what’s yet to come. There were at least three ‘Doctors’ within the episode – the cold open Doctor executing Missy, the Doctor waiting by the vault who receives the email, and the simulation Doctor who reads Veritas – with the latter being the driving force of the episode. But most of his role in the episode was to riff off his blindness, as ‘acquired’ during ‘Oxygen’ last week. I’ll admit, the running gag of Nardole having to explain things to him was amusing, but as an element of the drama, it didn’t seem quite so engrossing. The Doctor doesn’t want to tell Bill about it, ‘because then it’ll be real’. Sure, that secrecy would make for an interesting dilemma of trust… if not for the fact that the Doctor keeps pretty much everything from everyone. It’s sort of his thing, to know far more than he ever lets on. It’s less dramatic when the person keeping the secret of his blindness is the person who keeps almost everything secret anyway.

What happens next, then? The facts: The Earth’s about to be invaded (or already has been? Not much point simulating a test invasion if the victims see you coming when you really do invade), Bill didn’t go on a date with Penny (but the simulation suggests she should), and Missy’s about to wake up from a 1000-year imprisonment, while we still don’t know why the Doctor was complicit in her being imprisoned in the first place. Oh, and, judging by the ‘next time’, a pyramid has turned up out of thin air. See you in part two of three…