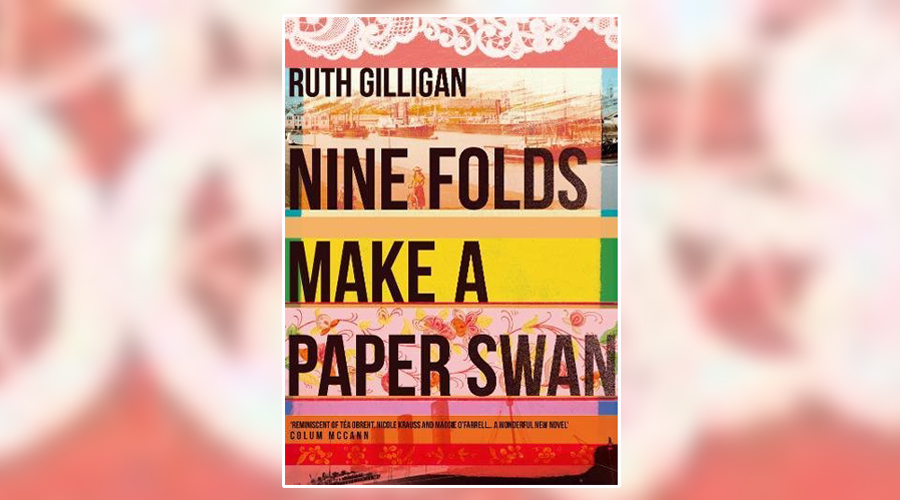 Ruth Gilligan’s fourth novel, Nine Folds Make a Paper Swan, follows the stories of several interlocking families and opens with the arrival of a Jewish family leaving Europe in search of a better life in America. Unfortunately naïve and travel weary, the family arrive in Ireland by mistake.

The second story surrounds a young mute boy who has been locked away in a mental institution and who forms a friendship with his cellmate who has been bereft since the loss of his lover in a bomb blast twenty years ago. And the third story belongs to a young journalist living in London who has to consider whether she can give up her cultural ideology and convert to Judaism when her boyfriend asks her to consider marriage.

It may sound complex, and at times it is, but this is also a beautifully written thing full of gorgeous imagery and multiple layers of storytelling by vivid, strong voices. That doesn’t make Nine Folds an easy read. It is full of the cruel disappointments and ironic twists of fate that everyday life throws at ordinary people. In this novel, that is made ever more challenging because their stories are told in such a convincing manner and the narration never shies away from the harsh reality of life for many people.

The movement from one story to another doesn’t disrupt the flow of the book, nor is the plot easily given away. The ultimate connection between the characters isn’t evident until the very end, characters who are so real you long for them to have a happy resolution. Of course, you will have to read it for yourself to discover whether they do or not but I’m sure anyone would enjoy following these characters on their journey as I did. I have nothing but praise for Ruth Gilligan’s story and the sensitive, thoughtful way in which it is written.