Midnight Sun Review: A series that leaves you wanting more

Very significant spoilers ahead. If you want a basic recommendation about the show: absolutely watch it. Then come back and read this. It’ll be worth it.

Every genre has its core elements. It’s not romance if there isn’t, well, romance. Sci-fi will always push the boundaries of science or reality. A crime drama, by design, can’t exist without a crime to solve or prevent; a crime that, usually, is life threatening. But while the threat to life might provide the basic structure of crime, the real defining feature of the genre is how many of these threats turn to deaths. Most fall somewhere in the middle; some people die to build the tension, before the ending sees others saved. That’s not always the case, however – after all, it’s perfectly possible to have a crime drama where no one ever dies, the police procedural equivalent of a PG action film, an immortal dream-world where the threat becomes the thrill, precisely because there’s never a ‘sad’ ending. But if it’s possible for there to be a crime drama where no one dies, what does that mean for a crime drama where everyone, or almost everyone, dies? What does that mean for something like Midnight Sun?

Set in Kiruna, Sweden, where the never-setting sun of summer is responsible for the title, the show sees the pairing of local prosecutor/detective Anders Harnesk (Gustaf Hammarsten), and French detective Kahina Zadi (Leïla Bekhti), who is flown in to co-lead the investigation after the murder of a French citizen. That murder memorably (and perhaps terrifyingly) is the immediate start to the first episode and the series as a whole, as the man, alias ‘Pierre Carnot’, is tied to helicopter blades, before they are turned on by an unknown assailant. As one can imagine, that doesn’t end well for ‘Carnot’. By the end of the penultimate episode, victims have been torn at by wolves, stabbed through the heart with a spear, poisoned, shot, half-flayed, and had their skull caved in with a rock, either as victims of a campaign of personal, familial revenge, or of a cover-up of international scale. For a genre naturally centred around preventing death, that’s a lot of death that hasn’t been prevented.

But it would still fit the confines of the genre – building tension through failure before a resolution of success – were it not for a climax that only piles on yet more death. The finale splinters into a number of situations: the pregnant Jenny-Anne (Jessica Grabowsky) is tied upside-down below a bridge for the tide to drown; Anders’ daughter, Jessika (Karolina Furberg), and Kahina’s son, Nadji (Jeremy Corallo), are both trapped at the bottom of a well. And most significantly, the Kiruna mine – the central industry of the town, whose drilling (in fiction as in reality) necessitates the eventual relocation of the town – is slowly flooded as part of Eddie Geatki’s (Iggy Malmborg) final plan to drown the remaining 15 people complicit in the murder of his sister, Evelina (Maxida Märak), trapping himself with them inside the mine. On the balance of situations, there is a positive resolution: Jessika and Najdi are reunited with their parents, and Jenny-Anne is saved and successfully gives birth. If only it were so binary as majority equals success, however. Those outside the mine are saved, those trapped inside are not. Kahina’s race to restart the pumps and drain the mine is unsuccessful, and all 15 victims drown, including Kimmo (Albin Grenholm), the father of Jenny-Anne’s child, who towards the end of the series makes plans for them to leave Kiruna behind. 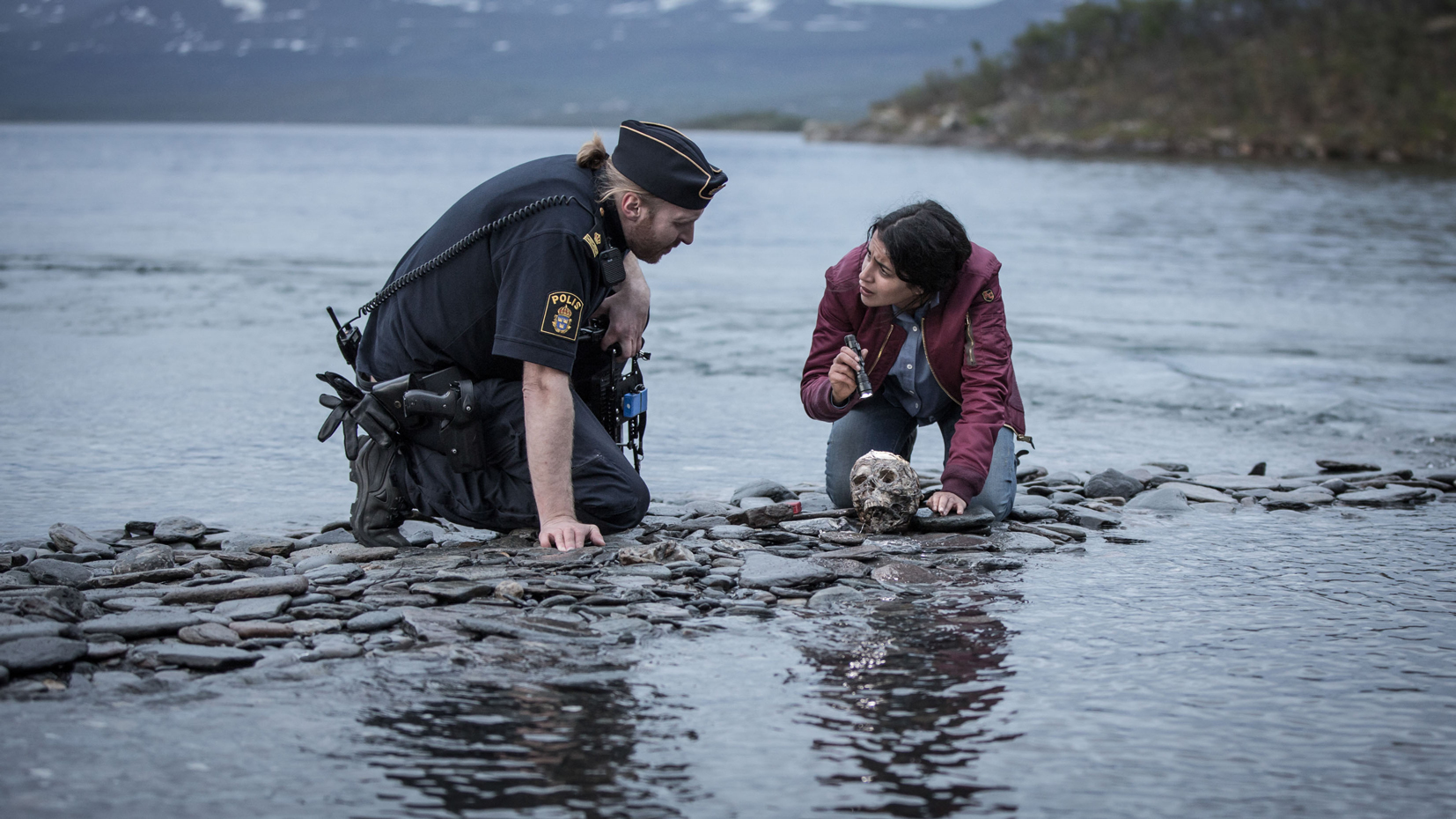 In every sense, the ending leaves the viewer reeling, and it has the same effect on Anders and Kahina. Sure, they’re understandably happy to rescue their children. But how can they possibly ever be happy at failing to prevent the deaths of 15 people they were trying to save, and all the others that died before? It’s a bold way to go for the show. It’s not the first, nor will it be the last, where the protagonists fail to prevent the deaths of those they try to save. Yet there are few instances where the failure is on such a scale, and it stands as a deliberate and interesting decision for the series, of which two interpretations come to mind.

The first is that the show isn’t really about crime at all. Or at least, the crime isn’t the central focus, but the prism through which the broader themes are explored. It’s hard to dispute the status of the show as a ‘crime drama’, given there is rather a lot of crime, but there is far more to the show than that. Most immediately and obviously, the show is about multiculturalism and co-existence. Not only are there two detectives of different nationalities working together, but both are multi-ethnic. Kahina is a child of Algerian immigrants with a troubled Marseilles background, whilst Anders is half-Sami, an indigenous people of the Arctic area of Sapmi, that forms the far north of Norway, Finland, parts of Russia, and as relevant to the show, Sweden. The Sami are especially significant to Midnight Sun, as Eddie’s killing spree is laced with references to Sami culture, to the extent that the first assumption of the local police is that the killer is a Sami extremist. As it turns out, Eddie is Sami, but his killings are personally motivated. Then there is the subplot concerning Kristoffer (Oscar Skagerberg) and the civil rights group seeking to prevent the relocation of the town on the grounds that the move is a political and commercial venture, rather than one of geological necessity.

The dysfunctional nature of the main two families is also crucial. Kahina has to deal with Nadji’s realisation that she is in fact his mother, not his sister, having been fed the lie since Kahina gave birth aged 15. Anders, meanwhile, is struggling to tell Jessika of the reality of his sexual orientation, though as it turns out, she’s already figured out he’s gay or bisexual, and seems somewhat bemused by his inability to express it to her. Things only get more complicated with Thor (Richard Ulfsäter), Anders’ lover, whose one-night stand with Kahina emotionally devastates Anders. The series represents a journey of familial coping and co-existence, as much as cultural co-existence. 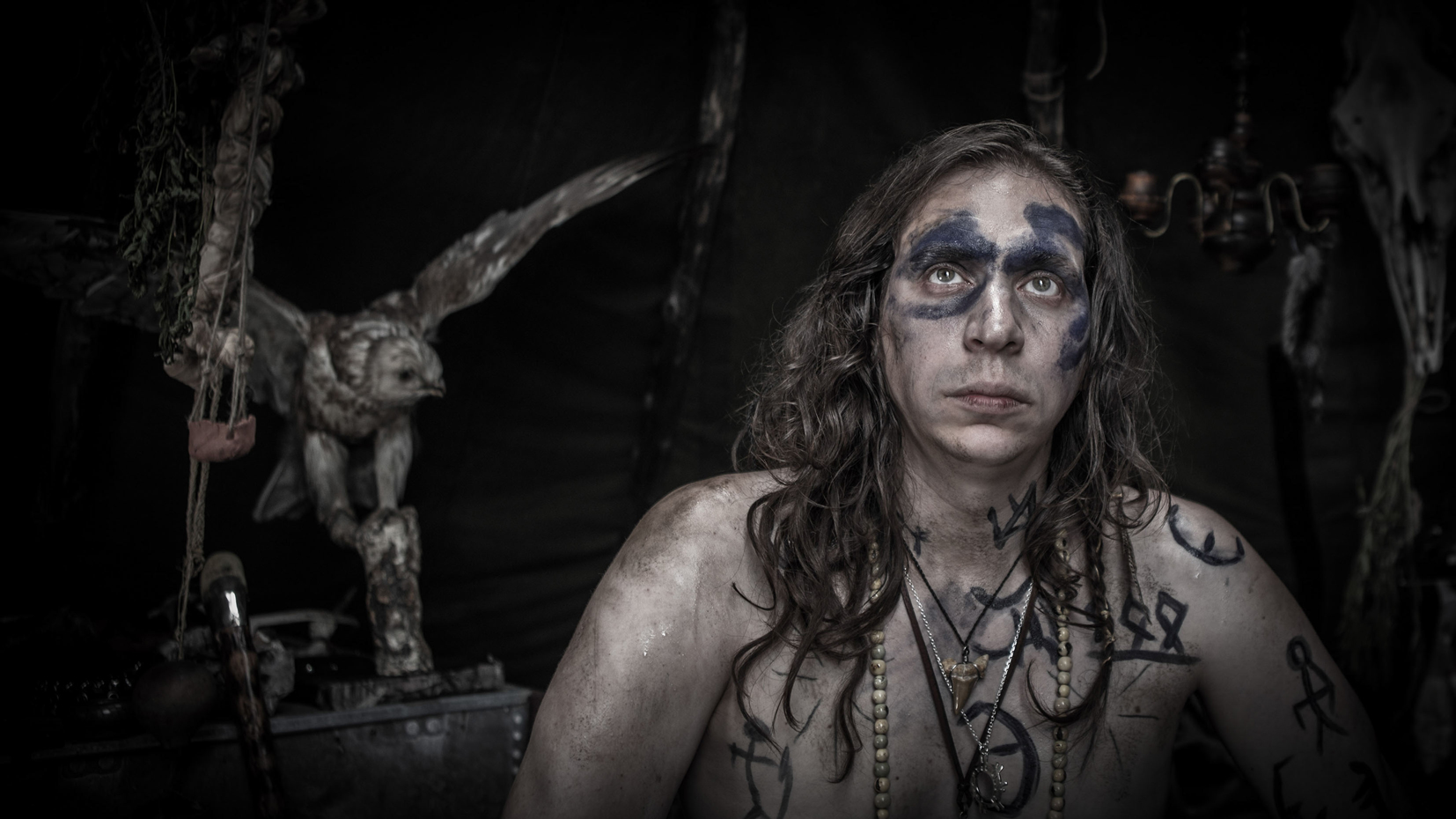 On the other hand, though, the crucial part of interpreting the final deaths is in observing who was chosen to survive: a pregnant woman and thus her eventually newborn child, and two teenage children. While the ending makes for compelling viewing, when broken down into the reality of who dies and who survives, it seems partly cliché that the message is perhaps one of building for the future.

The show is superb when one compares the positives to the negatives – as seems to inadvertently be the theme of this review – but that’s not to say there aren’t negatives. The series begins not with Anders as the Swedish lead, but with Rutger Burlin partnering Kahina. That would be fine except for two glaring issues, more accurately described as giveaways. Firstly, Rutger is played by Peter Stormare. Having starred in more American films and television than I can count since his brilliant role in Fargo in 1996, he’s not really a man with much time. My first thought when seeing his name in the credits was that if he’s in something like this, it isn’t for long, and it certainly isn’t in a role as significant as the co-lead. Secondly, this is all but confirmed by the fact that the DVD menu, and the show posters, and everything associated with the show, markets Gustaf Hammarsten as the co-lead alongside Kahina. That Stormare’s Rutger dies at the end of the first episode should be a shocking twist in killing off someone set up as one the main characters. But it ends up as being completely expected given the casting and promotion. 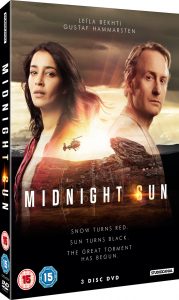 Beyond this gripe, there are the usual crime tropes: missed phone calls, dead batteries, no signal (a lot of phone stuff), seemingly blind or stupid victims. Additionally, there is a somewhat fortuitous ‘triple coincidence’ in Kahina and her assailants variously being in the same bar at the same time, then the same hospital lift at the same time, and then the same shop at the same time. Kiruna’s not particularly big but it’s stretching plausibility a bit thin in service of the eventual chase that begins at the shop. The single truly ‘major’ issue, really, is in erratic pacing; at times the plot moves at breakneck speed to fit things in together. Other times, there were missed opportunities to speed things up to maintain tension.

But these issues ultimately boil down to personal preference, and by the end of episode 8, Midnight Sun is one of those shows that simultaneously leaves you wanting more of these characters, while also knowing the story has been tied up as best as it possibly could. But then, the show presents a combination of: the incredible backdrop of Kiruna and the broader location, the consistently brilliant facial expressions Leïla Bekhti applies to Kahina, and the talents of Mårlind and Stein – part of the writing team behind the original Danish/Swedish The Bridge – as directors and writers. Is it such a surprise that it’s an overwhelming success?