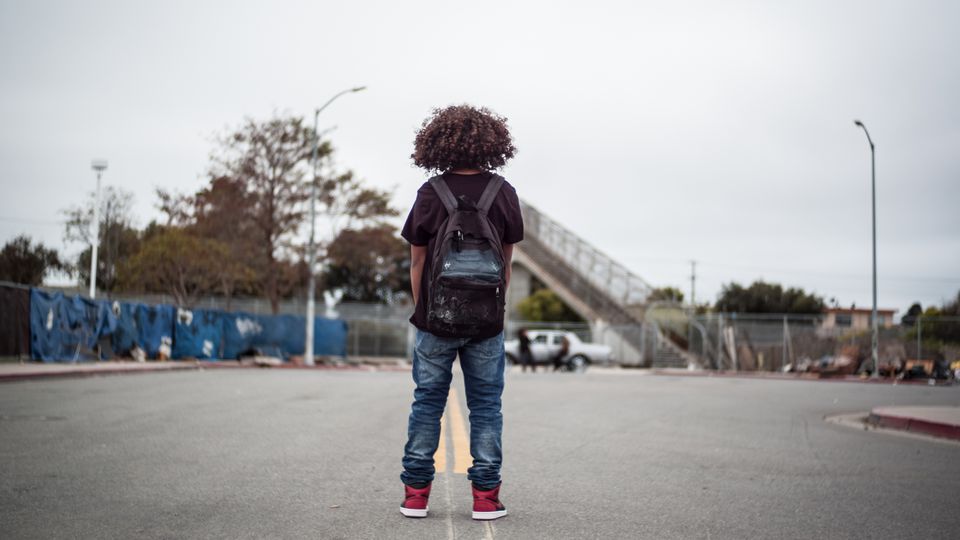 Everything about Kicks, a hip-hop driven coming-of-age tale about a boy’s quest to take back his stolen shoes, could have been portrayed as off-kilter, even a little bit offensive. Luckily, debut director Justin Tipping has crafted a lovingly made, deeply personal prototypal Proppian heroes quest in the mould of an urban American tale with European influences – especially Vittorio De Sica’s 1948 classic Bicycle Thieves. It’s a coming together of Italian neo-realism, American hip-hop and a classically told revenge tale that surprisingly works, if not for a few problems.

Based off Tipping’s real-life experiences, Kicks stars Jahking Guillory as Brandon, a fifteen year old who is robbed of his fresh new Nike Air Jordans by a local hood. This causes Brandon and his two friends (son of Biggie Small’s Christopher Jordan Wallace as Albert and Christopher Meyer as Rico) to go on a dangerous revenge mission through their neighbourhood to retrieve them.

Kicks is a film that is quite clearly heavily linked to revenge, but that’s not the real name of the game for Tipping. The Air Jordans are trickling with metaphorical masculinity, especially in regards to African-American teenage, pubescent teenagers growing up in a rough area. This is an aspect that is handled with real care, and its heavy links with hip-hop music is a clear link to that. The film is told in chapters, all of which get their headings from rap lyrics from the likes of Tupac, Kendrick Lamar and Dr Dre. Rap music, of course, has a long history with masculinity in crisis, and Kicks and the music that it’s proudly representing go hand-in-hand in quite a lovely way.

Coming-of-age is also an important aspect of the film, and this is mainly played out through the chemistry of the three boys. Their conversations feel real and for three young actors with very few, if any, screen credits they are performed sublimely. This is undoubtedly the highlight of the film and Tipping’s direction highlights them accordingly. There also has to be a shout out for Mahershala Ali too, who brings credence and dignity to every scene he’s in. 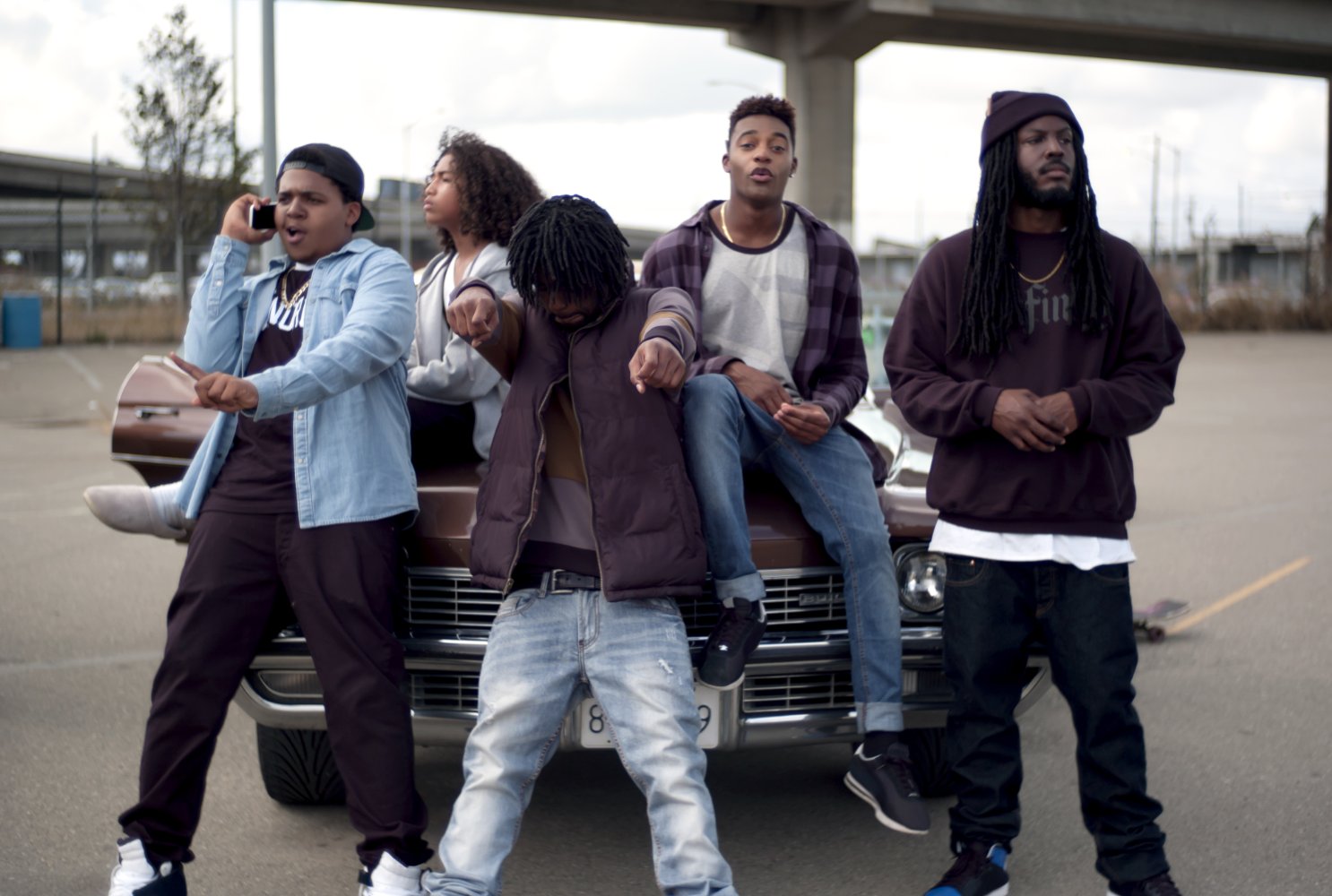 In contrast, however, at times Kicks feels lazily scripted with stereotyped and cliché minor characters that somewhat destroys the world Tipping has been trying to create. The big problem with Kicks is the lack of female characters, and those that do appear and talk are lazily put together. In addition, the power of Kicks is in its conversations, which are not glamorised at all, yet Tipping’s direction is perhaps too stylish for its subject matter. This reminded me of films such as City of God, which portrays the Rio de Janeiro slums in a glossy, Tarantino-esque way.

Tipping clearly wants to show what he can do as a director, and he is a talented prospect, but it felt like the wrong subject matter to showcase so many uses of slow motion and its brief foray into surrealism felt jarring. Due to the lack of big blockbuster violence, there are genuinely tense scenes that are hampered by Tipping’s style. A grittier, social-realist style, a la the gorgeous Oscar-winner Moonlight, would have lifted the film immensely to the heights of the likes of The 400 Blows, which the film seems to be desperate to reach at times.

Despite these flaws, Kicks is clearly concocted with adoration. It is a confident debut from Tipping that manages to control its emotional, personal story with a degree of gravitas, but it can be a little bit heavy-handed and sloppy. However, it’s so easy to like and the cast, for all their inexperience, are joyous and easily the film’s calling card, that it’s hard to care. Kicks has all the makings of a cult classic.

Midnight Sun Review: A series that leaves you wanting more