Broken down into its individual parts, this week’s episode of Doctor Who didn’t have much going for it. A trip to 1800s London, a period that the show isn’t unfamiliar with, having visited multiple times in previous episodes; ‘The Next Doctor’, for example – though to be specific, that was Victorian, while this was Regency. A villain in Lord Sutcliffe who saw about 5 minutes of screen-time and whose grand plan, while rather immoral in subjugating the creature and using humans as food, was effectively to exploit a new and far superior fuel source. A creature, talking of whom, that while not quite hidden, was also never revealed in its full majesty, or given much of a story outside of the episode. There’s also the largely irrelevant title-share of ‘Thin Ice’ with an Eighth Doctor audio drama set in Cold War Russia. Not really a flaw, that one, but it was bugging me and there wouldn’t really be a more appropriate time to point it out.

Anyway, in spite of these seeming flaws, the episode worked really quite well, continuing the positive trend of improvement since the start of series 10. ‘Smile’ was undoubtedly a better episode than ‘The Pilot’ while still having flaws in its ending; ‘Thin Ice’ is in turn a better episode than ‘Smile’, and furthermore has a go at addressing the tonal issues I had highlighted in previous reviews. Part of the success came from the relative simplicity. There weren’t many twists to be had, and the progression from point A to point B was fairly straightforward, meaning there was more time for character building and general dialogue. Part of this was about the tone issue, but more significantly there was a concerted focus on the intersection between Bill’s ethnicity and historical attitudes towards race. Bill’s first thought when the Doctor prepares to go and explore is on the perceptions of her skin colour in the era, and the accuracy of her wariness is hammered home throughout, not least in Sutcliffe’s disdain for her presence at a later point. 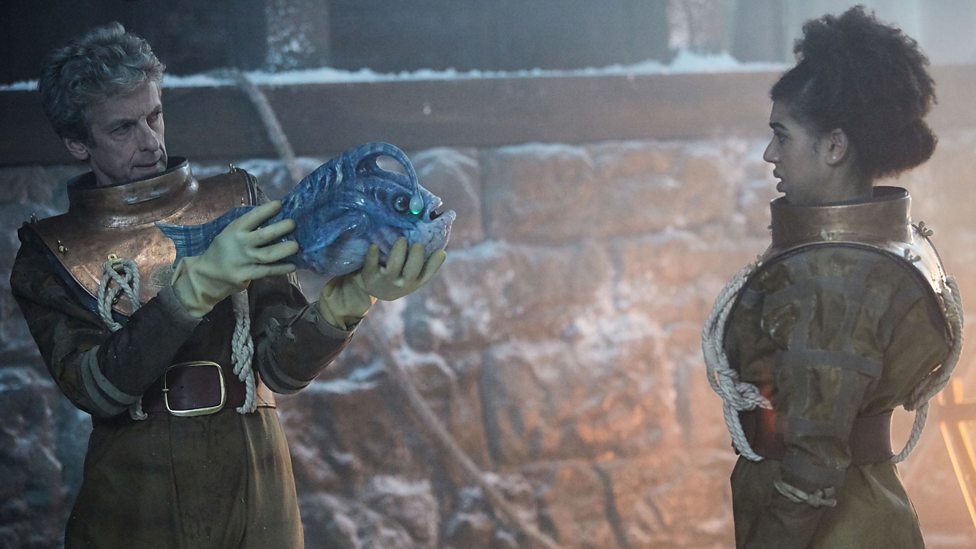 Returning to tone, as far as I know I don’t possess the gift of foresight; equally, I’m not so certain the timing of following two episodes portraying an indifference to death with an episode that talked about indifference to death can be explained away as a deliberate set-up of action and evaluation as was common during the Russell T Davies era. Something like Adelaide Brooke’s suicide at the end of ‘The Waters of Mars’ was a focal point of the episode and Tennant’s run as the Tenth Doctor, a sure-fire sign that, in his words, ‘he’d gone too far’. The discussions we got in ‘Thin Ice’ felt slightly more like coincidence, a result of a solid script by Sarah Dollard touching upon an interesting topic without that topic really affecting the flow of the episode. By the end, we still had Sutcliffe swallowed up into the ice like some victim off a SyFy TV Movie, with equally bad CGI to boot at that moment too. He had to die to enable the outright ending with the orphans being given the mansion, rather than surviving and driving home the topic within the episode.

What the discussion did do, crucially, is provide further depth to Bill in her third episode on the show. We had the Doctor’s perspective that after all the time he’s been alive – we’re still at around 2000 years, with the decision to not count the 4 billion or so of ‘Heaven Sent’ probably for the best – he simply moves on, the better to save the people still alive. This seemed to be paraded as the ‘right’ view within the emotional context of the episode, with Bill talked around to it, and the two subsequently saving people. But in the heat of the moment, during what she perhaps over-described as a ‘fight’, she seemed fiercely certain that the deaths matter. Even if they become part of the fabric of time, timey-wimey and so on, and it all leads back to how she was born, she still clearly cared at least that Spider, the kid with the hat, had died. Why she didn’t care about the people incinerated last week, or the unnamed race being slaughtered by Daleks the week before is, as I’ve mentioned, a suggestion that this isn’t such a crucial part of the episode, but anything that is meant to give depth to one of the two leads is always important.

Although this does make for yet another companion who’s there to be the moral compass. It’s weird for me to say this as a pacifist, but wouldn’t it be interesting to have a companion who’s actually up for the bloodshed? Not necessarily in a macabre, ‘death of children as spectator sport’ kind of way, but just someone who shakes up the general profile of the companion. The closest to this has really been Martha’s willingness to use the Osterhagen Key in ‘Journey’s End’, but generally Rose, Donna, Amy, Rory and Clara have been in the ‘if necessary’ camp. Why not have someone egging on the dark side of the Doctor, bringing out the worst, not the best in him (or perhaps her depending on casting of Thirteen). Something for Chris Chibnall to ponder, though perhaps a capital punishment-favouring companion might be too dark for before the watershed. 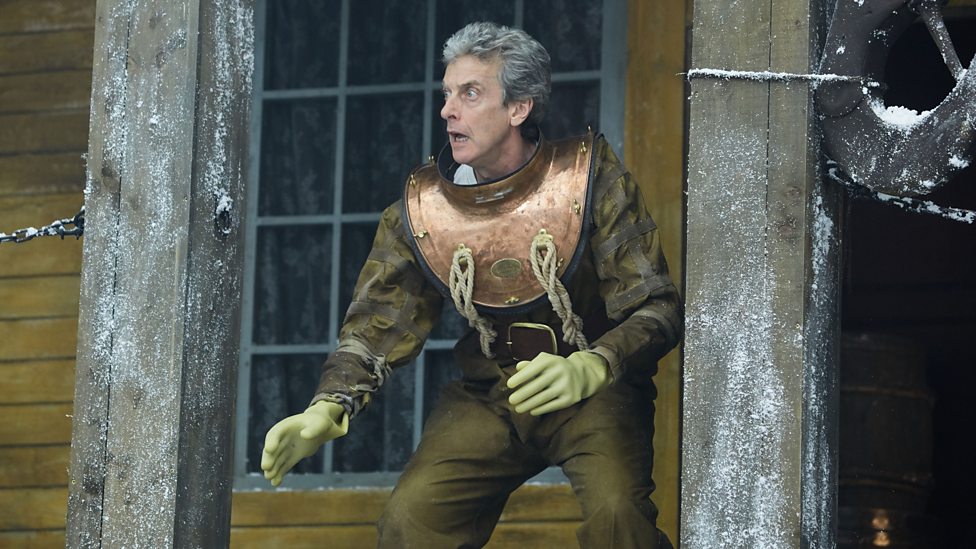 One thing that really should be on Chibnall’s list, however, reared its head again in ‘Thin Ice’. To some extent, I understand the idea of the Doctor deferring to a human when dealing with matters that concern humanity. The execution in ‘Kill the Moon’ was dreadfully heavy-handed, but the concept of human choice is an interesting one for the show to play with. In practice, both there and this week, it seems irritating for the Doctor to suddenly stand-back and go ‘you decide’. Not irritating in the sense of being patronising as Clara argued back in ‘Kill the Moon’, but irritating in that we’ve had over 50 years of the Doctor asserting his authority, using his near-omniscience as a time-traveller to make decisions. It’s what the show is. That’s not to say Bill can’t make decisions, but she should choose to make those decisions as an extension of her character, rather than those decisions coming about because the episode calls for the Doctor to randomly wring his hands. If he properly stepped back every week that would be one thing, but last week he was quite prepared to leave Bill in the TARDIS so he could save the day. Which one is it?

Finally, we’ll touch on the ‘finally’ of the episode, Nardole’s return to the mysterious vault slash prison that appears to be the running thread of this series. Like I said before, I don’t have foresight, so I can’t really say what it’s all about, but speculations a fun thing sometimes. To my disappointment, there were only three knocks in each occurrence; that means it’s not a return to the prophecy of the 2009 Specials, it isn’t somehow Wilfred Mott, and most importantly, it wasn’t the ‘drumbeat’ that plagued John Simm’s Master, teasing his return later in the series. What is clear to me, though, are two basic facts. One: it’s an active someone or thing in there, rather than some static McGuffin-like object; two, it seems like Nardole, and thus one would imagine the Doctor, do know who or what they’ve got concealed. Which makes for a dynamic I honestly can’t recall on the show before.

There have been numerous instances where the audience knows something the characters don’t, like the Missy clips throughout series 8, and generally, we find stuff out when they do (or at least we get the official reveal when they do, even if we’ve figured it out earlier than that). But here, it seems like the characters know a massive plot point that’s being kept from us, the audience. Which of course begs the big question: why? I haven’t a clue, but there’s obviously a particular reason that’ll probably become clear as we approach the series finale. Or perhaps sooner, given it’ll take something pretty big to justify the three-parter across episodes six, seven and eight. Either way, we’re in the dark for now, and that’s clearly how it’s meant to be.