When it comes to patterns and trends, the natural question to ask is: how big a sample do you need? One can only ‘reasonably’ draw conclusions from a larger sample, one where there is enough data to map trends across a number of occurrences, but of course, the technical answer is the minimum answer: two. All you need for a comparison are two football matches, two films, or two episodes.

The name Frank Cottrell-Boyce might not be familiar to every reader of these reviews; it certainly won’t be familiar to the large majority of Doctor Who fans who don’t keep track of the writers behind episodes of the show. But even if his name isn’t familiar, his previous contribution to Who probably will be, if only because I happened to reference it in last week’s review: Series 8 episode, ‘In the Forest of the Night’. The one where London and the world got turned into a big forest to stop a solar flare. The one where Clara decided it was better that the schoolkids should be incinerated by the flare than survive without their parents. The one that was as thin an allegory for environmentalism as you’ll get. You know the one. That was his previous contribution; his latest is this week’s episode, ‘Smile’.

To be clear, ‘Smile’ was a far, far better episode than I expected it to be. It had Cottrell-Boyce. It had emoji robots. It was a combination of Bill’s first proper trip in the TARDIS – and all the necessary box-ticking of the classic ‘second story’ that we go through with each new companion bar Clara (due to the unique nature of her introduction) – and the show’s lighter, brighter tonal palette for this series. It was, seemingly, all the possible reasons for me to be weary mixed together. 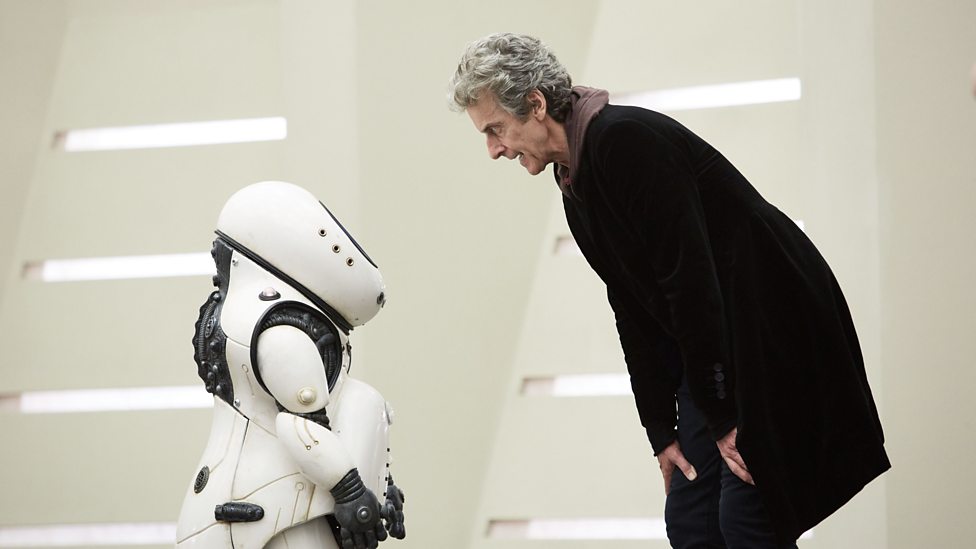 But for most of the episode, it was really quite enjoyable. The suspense of the potential arrival of the colonists kept things ticking over, while the ‘message’ of the pitfalls of forced happiness was weaved into the narrative well enough to avoid the issues of last week, and of ‘In the Forest of the Night’.

It was all of these things, that is, until the ending, which amplified the tonal indifference of parts of last week’s episode, and added in other bizarre elements for good measure. After the ‘reveal’ that the colonists had been there all along, we were led towards a conclusion that saw a very angry group of humans cornered by the living city come to life. One brief skirmish later, and the Doctor had saved the day, by resetting the Emojibots to wipe their perception of a ‘grief tsunami’ and the need to kill those who are unhappy, and by setting up negotiations for potential cohabitation. The Emojibots even had ‘cute’ dollar signs when the Doctor mentioned rent. How sweet!

Except while the Doctor was going on about how fascinating it was that there was a new lifeform developing, someone actually died. The camera didn’t hide this, quite the opposite; they showed the full ‘bone collapse’ effect that had featured earlier in the episode, complete with a distant scream which might suggest there was more than the one victim shown on-screen. It was made quite clear to the audience that there were consequences to the ‘brief skirmish’ I mentioned above. But then suddenly these consequences were made to seem irrelevant, because there was the Doctor, and to a lesser extent Bill, telling the new colonists to smile, forget about their dead relatives and friends, and there were those cute dollar signs. As with last week, where the Doctor told Bill to ‘never mind about them’ as an unknown alien race were slaughtered by the Daleks, events felt totally at odds with how the show told us to react to them. In a vacuum, this ending would be odd; in the context of ‘In the Forest of the Night’, it seems even worse. 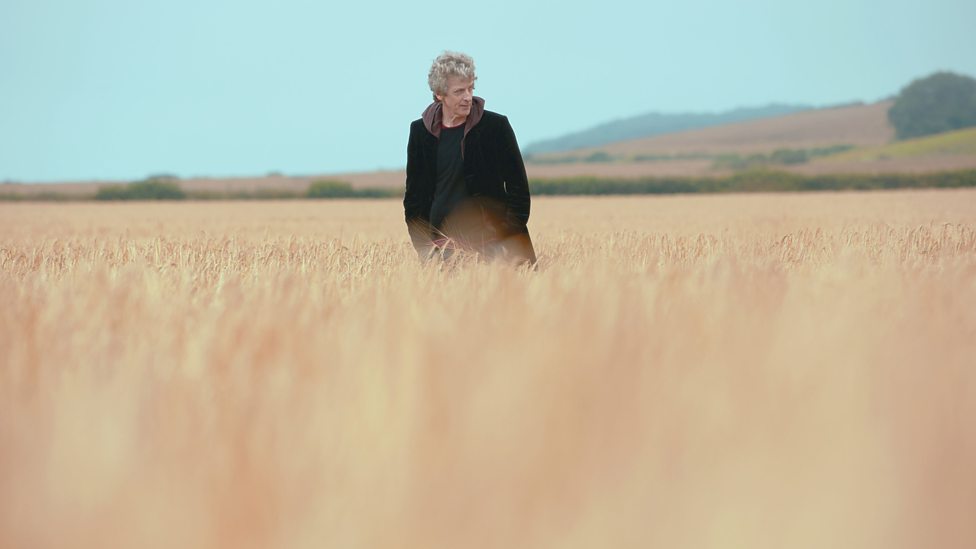 And the emoji dollar signs! My mind keeps returning to the audacity of those dollar signs, cropping up on the faces of the Emojibots as the final reminder to the audience that this is meant to be a happy, rather than bittersweet ending. Given how heavy-handed Cottrell-Boyce’s previous episode was, it almost leaves me thinking that the message of ‘Smile’ is that in the end, every issue in the world can be fixed with money. I mean, when you’re discussing ‘rent’ with the newly recognised lifeform that has only just finished reducing someone to only their bones, what exactly can the message be other than ‘money makes things better’?

As I said before, overall, ‘Smile’ was a relatively good episode. Pearl Mackie continued her growth into the show, and her role as the dual lead. The location – City of Arts and Sciences in Valencia – was superb and gave the episode a polish that simply wouldn’t have been there during the early Russell T Davies years of the revived Who, the superior quality of that era aside. It was, even with Emojibots, enjoyable.

Yet it’s hard to ignore the ending; at least, the same events could have been portrayed with slightly more appropriate emotion. A ceasefire of sorts was absolutely the right outcome between two misguided factions – the reawakening revengeful humans, and the misguided emerging lifeform – but in an episode about emotion, something was off.