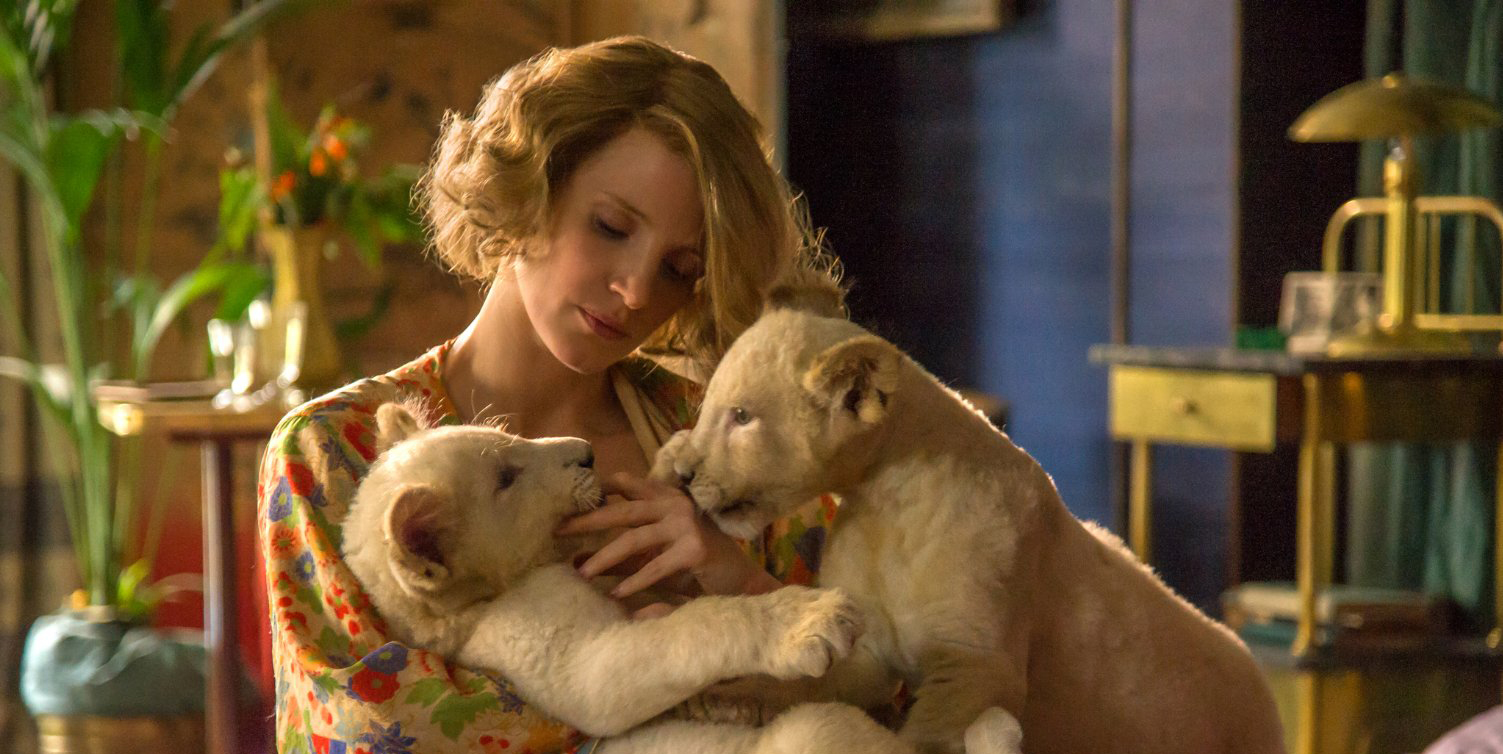 There’s no denying the power that accompanies the story of The Zookeeper’s Wife. It’s surprising that it hasn’t been told in some cinematic form until now. With its harrowing themes and based-on-fact tale, it’s a film that should’ve been more involving, and while there are some undeniably powerful moments, the film is often left frustratingly inert by its timid stylings, maddening overdramatic broad strokes and clunky dialogue exchanges. Despite being sincere in its approach, with its intentions firmly in the right place, The Zookeeper’s Wife falls heavily short in terms of its dramatic execution.

Set during the Nazi invasion and occupation of Poland in World War II, the film’s true-life tale – adapted from Diane Ackerman’s non-fiction book of the same name – tells the story of Jan and Antonina Zabinski, who rescued and sheltered around three hundred Jews in the abandoned enclosures and underground storerooms of the Warsaw Zoo.

Its opening scenes take on an almost fairy tale like quality, with a shot that shows the Zabinski’s young son, snuggled soundly asleep next to a pair of lion cubs, eliciting a near-ethereal quality. As Chastain’s Antonina cycles through the zoo grounds, making her morning rounds, a camel calf gallops happily along behind her. From the get go, Niki Caro, along with screenwriter Angela Workman, posit the Zabinskis as all caring, all nurturing folk who seem to lead an idyllic existence; an existence quickly brought crashing down as the planes of the Third Reich are heard droning overhead and the Nazis march into town. 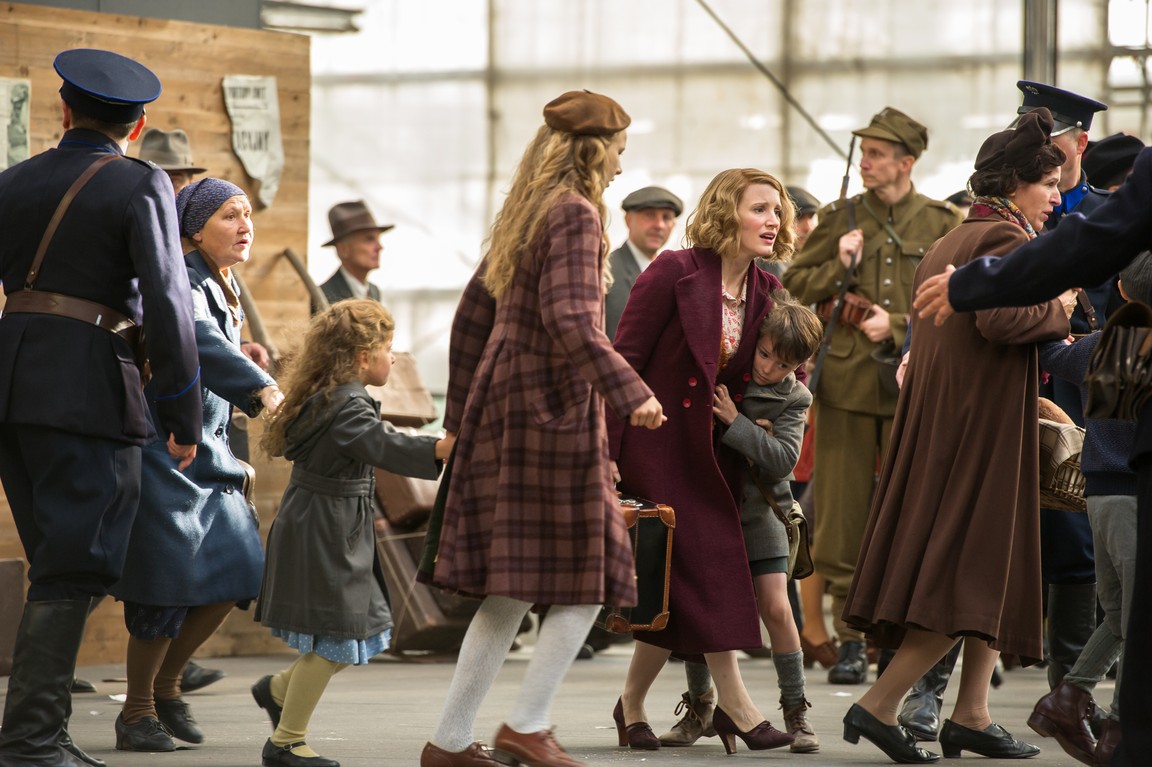 Chastain is perfectly decent as the titular character, doing her best to bring a depth and weight to a role that often feels one note and reductive. Her attempt at a polish accent can also be a little too distracting, but Chastain is such a capable actress that she’s able to make Antonina such a likeable figure to root for that in the end, it’s something that is easy to look past.

Flemish actor Johan Heldenbergh gives a good performance as Jan but is often relegated to the sidelines. Daniel Brühl, meanwhile, is excellent as Lutz Heck, Hitler’s chief zoologist, who has designs of extracting the zoo’s prize stock and that of bringing back the extinct auroch through selective breeding and genetic manipulation. All of this is explained via awkward dialogue exchanges that would come off as laughable were it not for the actors’ committed performances.

The invasion sequence makes for a startling scene, as German bombs reign down from the skies above and animals howl and scatter in fear, freed from their enclosures, running through the bombed out smoldering ruins of Warsaw. Caro, cinematographer Andrij Parekh and production designer Suzie Davis masterfully capture the strange, surreal nature of lions haunting the rubble of bombed out buildings whilst residents look down from their high-rise windows with abject, dreamlike wonderment; a symbolic reference of the horrific nightmares that are to come. It is in these early moments in which the film is strongest, with harrowing scenes such as a trio of elephants being gunned down by soldiers or a young Jewish girl emerging traumatized and beaten after being horrifically abused by German soldiers in the Warsaw ghetto. 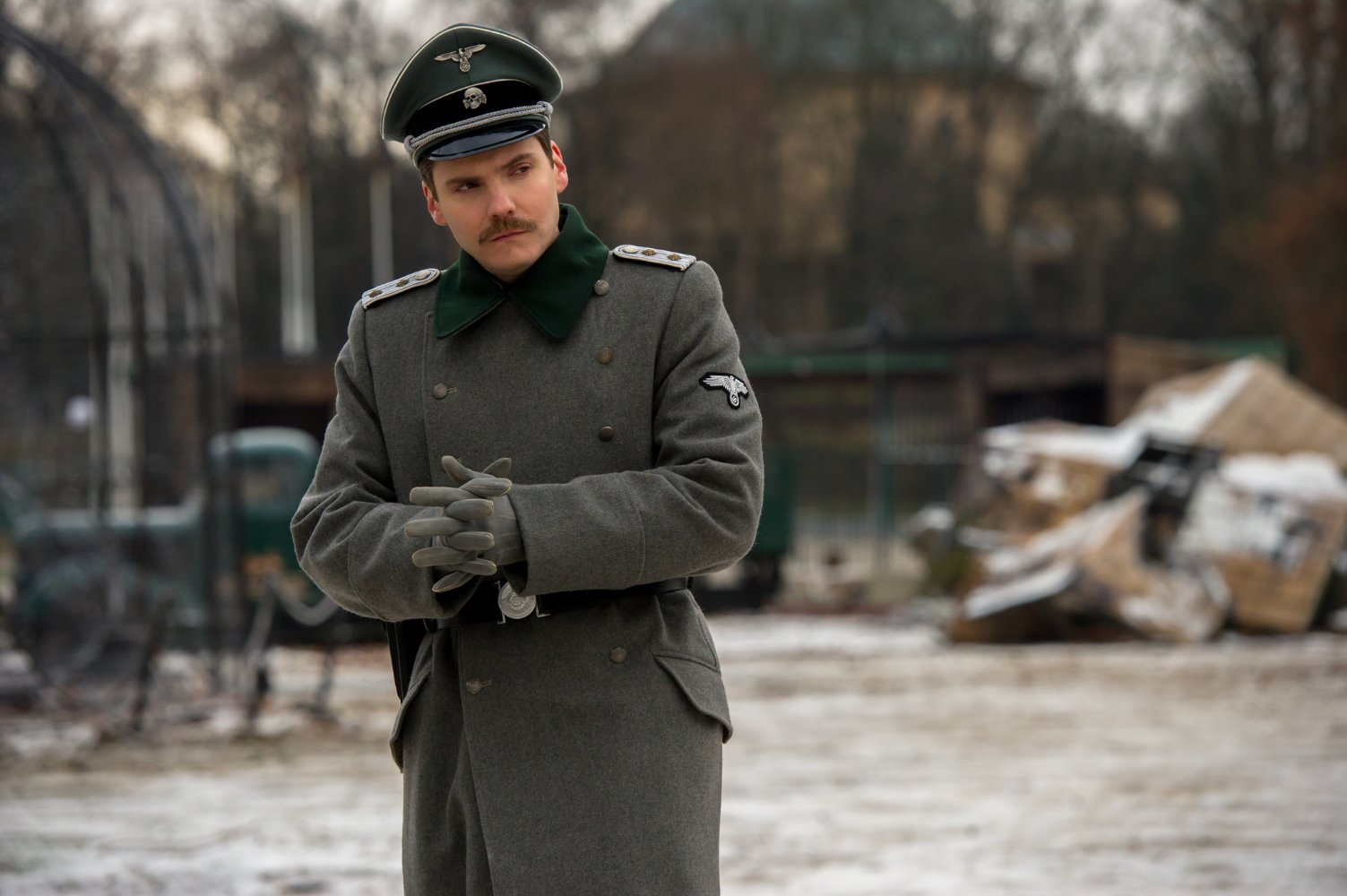 Yet, despite such moments, the film is never as absorbing as it should be. The juxtaposition of the inherent innocence of the animals under the Zabinski’s care with the inhumanity of mankind personified by the Nazis becomes distancing rather than engaging. It doesn’t help that, with the exception of Shira Haas’ traumatized teenage girl, the Jewish refugees that Jan and Antonina house within their zoo, fail to make any sort of impact beyond that of merely nameless victims. Instead, the film gives more time to the desperate plight of its animals rather than the horrors of the human victims caught in this terrible situation. The film also occasionally veers into the melodramatic, as Heck’s attraction to Antonina brings her into conflict with her husband in scenes that feel somewhat out of place in this kind of film.

The tale of The Zookeeper’s Wife is powerful in its own right and for the majority of its runtime compelling and fascinating, yet its narrative execution never gives the story nor its subjects the treatment they deserve.

Girlboss Review: A slice of energetic and entertaining noughties nostalgia