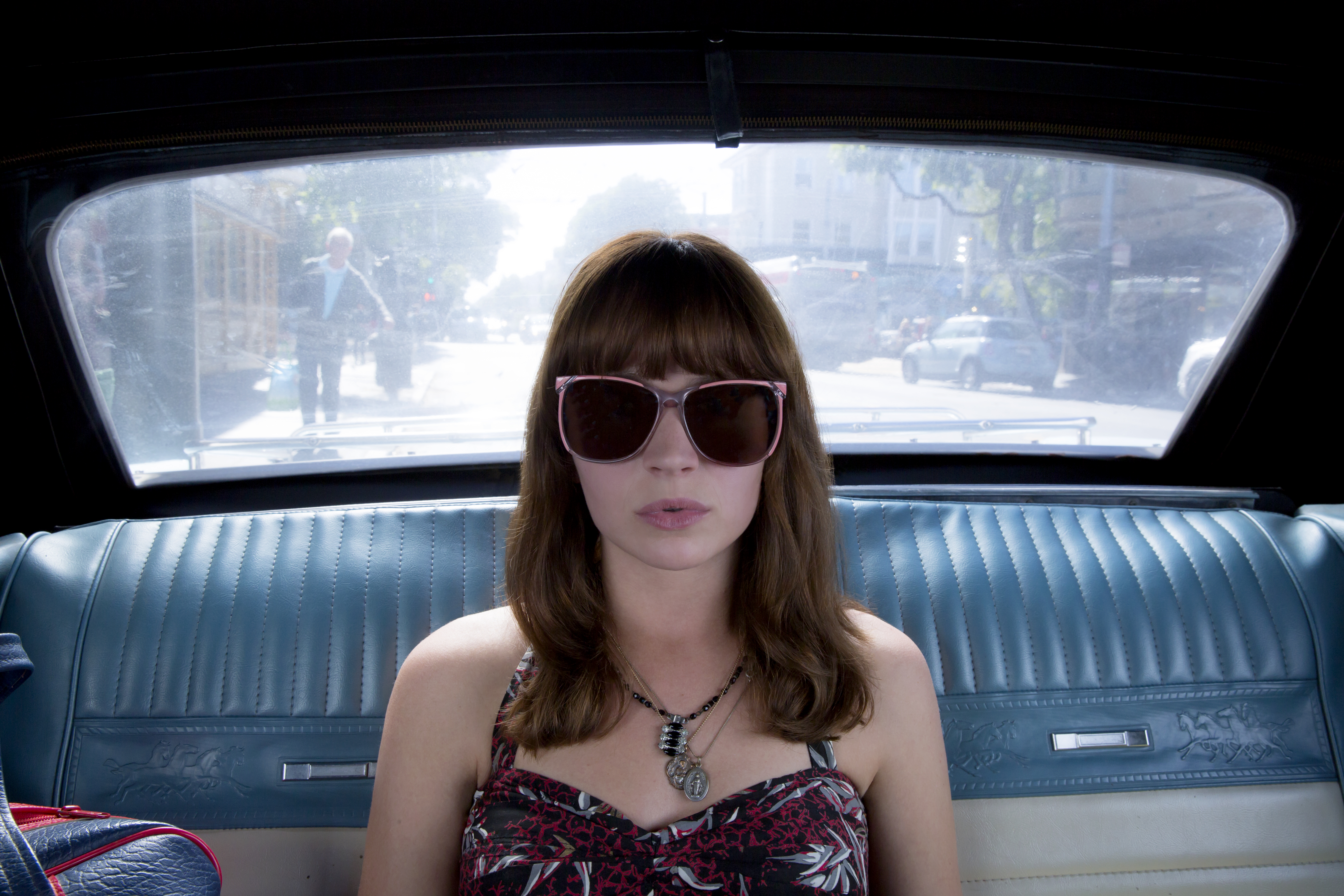 Launching on Netflix today is American comedy-drama Girlboss, the coming-of-age, rags to riches tale of Nasty Gal founder Sophia Amoruso, who at the age of just 22 created a vintage clothing store that later transformed into a multi-million dollar fashion retailer.

Girlboss, as the opening title card informs us, is a ‘real loose’ retelling of true events, taking inspiration from Amoruso’s 2014 autobiography of the same name. Britt Robertson (Tomorrowland) is our brash and directionless fledgling entrepreneur who, whilst flitting between various menial jobs circa 2006, discovers she has an eye for uncovering vintage clothes that sell for a pretty sum.

“Adulthood is where dreams go to die” Sophia says at the beginning of the opening episode, a mantra that she consistently abides by as the 13-part series progresses. She’s a young woman who refuses to act like a responsible adult, constantly picking inappropriate fights with strangers and treating the people around her like they’re something unsavoury she stepped on in the street. Living in tech-boom San Francisco, she gets fired from a job in a shoe shop and ends up checking student IDs in a college lobby – which gives her the finances she needs to survive and the freedom she requires to explore other ventures.

Sophia is thrifty, constantly haggling and stealing her way through second hand and vintage stores, and she has a devil-may-care attitude that ultimately results in a money-spinning business. The series chronicles the conception of ‘Nasty Gal Vintage’ as it evolves from a small but hip eBay shop to a fast-growing women’s fashion retailer with a devoted online following. These were the days where ordinary people were just getting wise to the merits of the online auction site and the show provides a quick hit of noughties nostalgia complete with early iBooks and Nokia mobile phones.

Britt Robertson attacks the role of Sophia with an almost frantic energy that’s exhausting to watch. She encapsulates the loud, vulgar, selfish and narcissistic young woman that we’ve seen most recently with Lena Dunham’s Hannah Horvath in Girls. These are characters that put themselves above everyone else, including their family and friends. Similar to Hannah, but in a different way, Sophia is a character of extreme highs and lows. When she’s happy, everything is vibrant, alive and full of possibility. When she’s depressed, it’s like the world is literally ending. She’s neurotic in what’s supposed to be a charming way and it just about works because Robertson puts in such a forceful “suck my balls” performance.

Sophia speaks about San Francisco like it holds a Disneyland-like magic, something her romantic interest Shane (played with an endearing warmth by Johnny Simmons) is quick to rebuff. The show is full of smart social commentary about the venture capital, start-up hub. Yet it all comes back to how Sophia became a self-made millionaire, and that’s where the show comes unstuck. If you know anything of Amoruso and the show’s autobiographical source material, you’ll know that the Nasty Gal business blueprint isn’t something to aspire to. In reality, the company faced negative comments from employees, with a subsequent lawsuit in 2015, and later filed for bankruptcy in 2016.

Of course, Girlboss doesn’t get that far into Amoruso’s story, but the knowledge of what eventually happens to her brainchild leaves a somewhat sour aura over the show’s narrative. Despite this, the clever writing and energetic pace keeps the series fun and entertaining. Creator Kay Cannon, writer of the Pitch Perfect movies, knows a thing or two about peppy young women and she injects the dialogue with enough humour, brash one-liners and pop-culture references to keep the mood light.

With a feisty central performance, engaging support from Ellie Reed (as Sophia’s wayward bestie, Annie) and some star turns from the likes of Jim Rash and RuPaul, Girlboss hits most of the right notes. It’s the kind of lively, audacious and just-about nostalgic show we need more of right now.